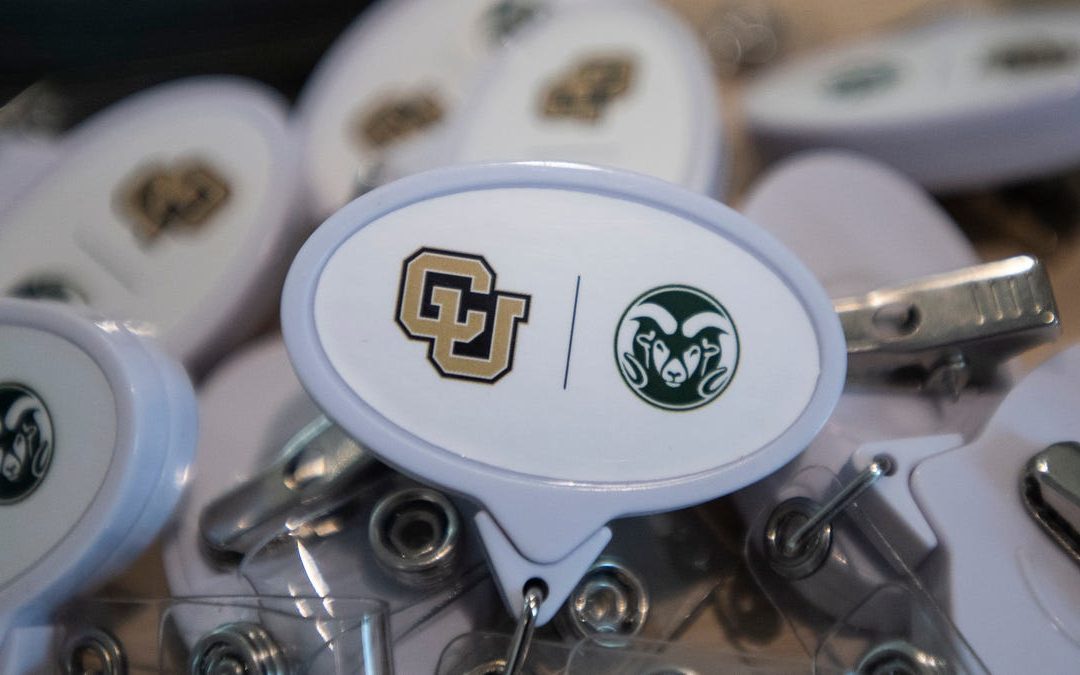 Colorado State University welcomed its inaugural group of first-year medical students from the University of Colorado School of Medicine to Fort Collins on Wednesday.

The class of 12 students opted to attend CSU’s new branch campus rather than the main Anschutz campus in Aurora for a number of reasons, though many stressed community, class sizes and the unique opportunities that come with being on CSU’s campus.

Priya Wolff, one of the first-year students, said the idea of being a guinea pig for the program is part of why she wanted to come to the Fort Collins campus.

“It just really makes me excited that my feedback and my classmates’ feedback will lay the groundwork for an incredible program that can really contribute to such a wonderful community,” she said.

Wolff also felt the community will benefit from having medical students in its clinics and hospitals; as of late July more than 250 local clinicians had agreed to work with the branch campus to help teach the students.

“When people are in the position of having to teach others, they’re going to take a closer look at how they’re practicing,” said Wolff. “It just creates an environment for optimal, gold-standard health care. And this community deserves that.”

Though the program is in its early phases, Dr. Suzanne Brandenburg, associate dean of the Fort Collins branch, said a Fort Collins school had been in the works for no small amount of time, with conversations about the collaboration starting around 10 years ago.

“These are both really strong institutions,” said Brandenburg. “CSU is excited about having a medical school on its campus and CU is excited about the collaboration. &mldr; It’s great for our students to get to see such a high functioning medical community and see how medicine is practiced.”

Greg Amberg, a professor at the branch campus and director of basic science curriculum, said having the expertise of people at CU was integral to getting the CSU branch up and running.

“The culture and the attitude is definitely different, so having those people to rely on (helped),” he said. “And we helped them a lot as well. So it’s a really nice, mutual relationship.”

Students will spend their four years of schooling on the fourth floor of the CSU Health and Medical Center, which was under construction until 2020. It is now equipped with classrooms, meeting rooms and rooms to simulate doctors offices and hospital rooms. Brandenburg said there will be some occasions when the students have to attend things at the Aurora campus, but most of their time will be spent in Fort Collins.

The opening of the campus coincides with the implementation of a new curriculum for all students in the CU School of Medicine, which Amberg and other professors based in Fort Collins helped create.

Nicole Kelp, a CSU branch professor and interim chair of the Medical Science Content Directors at CU, said the new curriculum integrates field and classroom work more than the previous — which she said is traditionally more divided — meaning students will have a more clear understanding of how to use what they’re learning in the classroom.

“This new curriculum is really exciting because it integrates the basic medical sciences and the clinical sciences, as well as health system sciences all throughout the three years,” she said, adding that during the fourth-year students are largely out in the field.

Coursework, fieldwork and assessments will largely look the same for students at all CU campuses, but students at CSU’s branch will have CSU’s One Health approach woven into their education in later years. Amberg said they’re still figuring out the details, but it may involve electives with the College of Veterinary Medicine and Biomedical Sciences to understand how the two fields can influence each other.

Rachel Henderson, a first-year student, opted for the CSU campus in large part because of the One Health focus.

“I found that there are a lot of opportunities here that I maybe wouldn’t have had, especially in terms of research, on the other campus,” she said.

Henderson also said she was drawn to the smaller class sizes. Students in Fort Collins, at least for the first few years, will be in classes of 12 while students in Denver may have more than 100 classmates.

Though the class size is small at the new branch, it’s not for a lack of interest. Mark Couch, director of communications for CU’s medical school, said that more than 800 students indicated interest in Fort Collins on their applications to CU.

CSU’s campus will be the second branch for CU’s medical school, which is based in Aurora and has another branch campus in Colorado Springs that opened in 2016.

Molly Bohannon covers education for the Coloradoan. Follow her on Twitter @molboha or contact her at mbohannon@coloradoan.com. Support her work and that of other Coloradoan journalists by purchasing a digital subscription today.