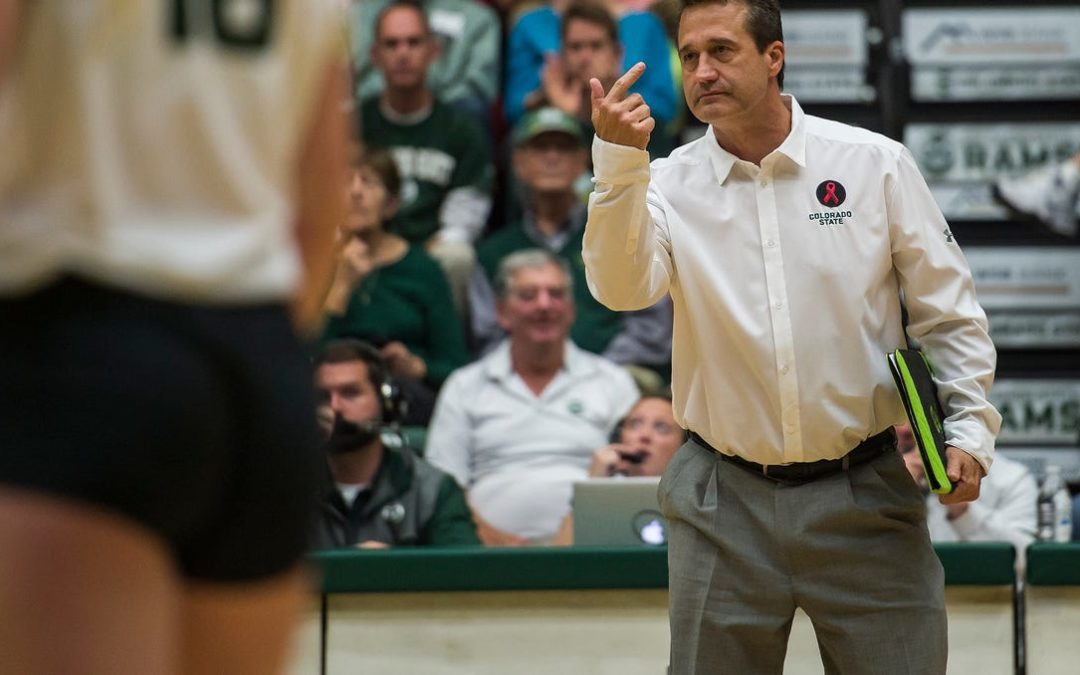 The victories have been a bit less frequent last spring and again this fall. But they’re still piling up for Colorado State’s Tom Hilbert, one of the winningest volleyball coaches in NCAA history.

“This is the first job I had out of college, and it’s all I’ve ever done,” Hilbert said. “I’m 62 years old, so I should have a lot of wins. It I didn’t, I probably would have gotten fired.”

Hilbert’s first shot at No. 776 comes Friday night, in the Rams’ annual “Orange Out” match against visiting Oregon State. The Rams have another home contest this weekend at 1 p.m. Saturday against Alabama-Birmingham and will play matches next week against Colorado, facing the Buffs at 7 p.m. Thursday in Boulder and at 1 p.m. Saturday at Moby Arena.

Regardless of the outcome of those contests, no coach in any sport at CSU has had the kind of success that Hilbert has enjoyed there. He became the winningest coach in school history more than a decade ago, surpassing longtime men’s basketball coach Jim Williams’ with his 353rd win on Nov. 4, 2010.

Hilbert hasn’t looked back since.

“The secret is Tom Hilbert,” senior setter Alexa Roumeliotis said. “He’s just built a consistent program, which is hard to do. He doesn’t have one big class come in, but he has a lot of really good talent throughout the years.”

The Rams consistently rank among the top 15 in the nation in attendance and drew 5,537 for this year’s season opener Aug. 28 against Northwestern on a Saturday afternoon. They had 1,610 in the stands for a weekday match at noon Friday against Southern Illinois-Edwardsville.

“This was a good crowd, and they were into it, and that helps us, too,” Hilbert said.

His Rams have won 16 of a possible 22 Mountain West regular-season titles and have won 20 or more matches in each of his first 23 seasons at CSU before going 9-6 in a COVID-19-abbreviated and delayed 2020 season played this past spring.

That snapped a string of 25 straight NCAA Tournament appearances by CSU, the sixth-longest active streak in the nation.

Before guiding CSU to 24 consecutive appearances from 1997-2019, he was at Idaho for eight seasons, taking the Vandals to four straight NCAA Tournaments from 1992-95.

Hilbert began his coaching career in 1984 as an assistant at Oklahoma, his alma mater.

What he’s done since then is truly remarkable.

“I’m very fortunate,” he said. “I feel like I choose good players, and I choose schools where I can be successful, and that’s what’s happened.”

Kelly Lyell reports on CSU, high school and other local sports and topics of interest for the Coloradoan. Contact him at kellylyell@coloradoan.com, follow him on Twitter @KellyLyell and find him on Facebook at www.facebook.com/KellyLyell.news.