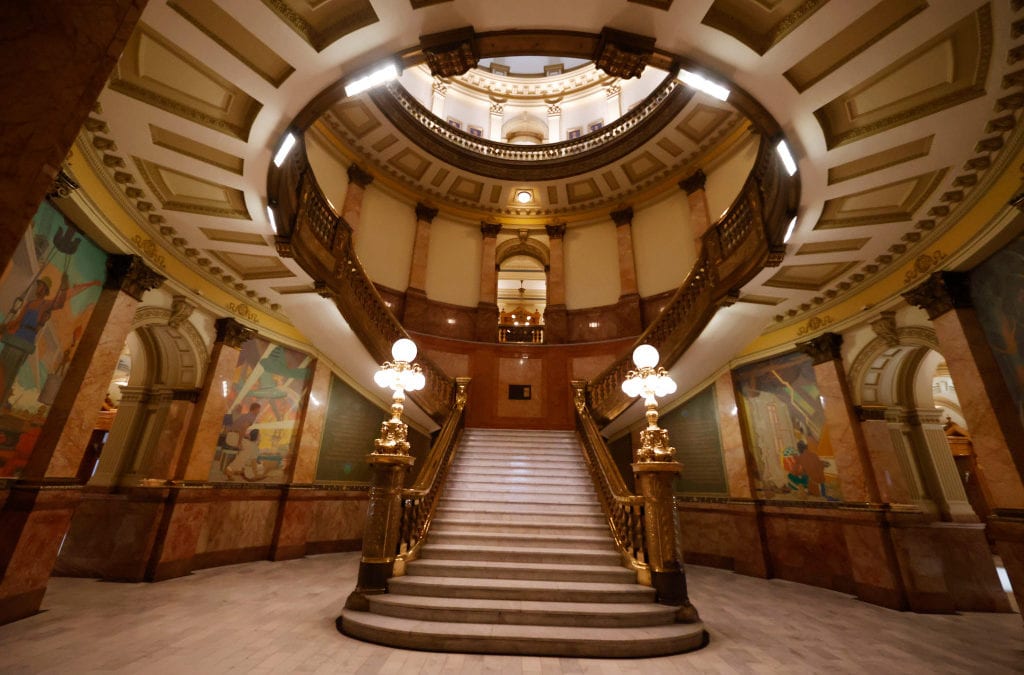 A Colorado state senator on Saturday faced backlash after he said a bill about debt collection limits would allow the government to “step in, and step on the neck” of people.

The remarks by Sen. Rob Woodward, R-Loveland, come as protesters gather outside the Capitol for another day of demonstrations following the death of George Floyd, a black man who was killed after a white police officer pressed a knee to his neck.

Woodward caught himself in the middle of the comment and said, “I don’t want to lean on other events going on outside right now.” But the statement, along with a reference to “colored people” during his remarks about the prevalence of debt collection among black Coloradans, drew the ire of his colleagues.

“We just had a colleague (speaking) about debt collection, use the term ‘step on the neck’,” said Sen. Faith Winter, D-Westminster, during the hearing. “And that is so hurtful and so problematic right now.”

Today on the floor, @SenatorWoodward made a racis— oh wait, an ill-conceived comment in regards to protecting Coloradans from extraordinary debt collections. https://t.co/rzVFk9E70D

In an interview, he said the phrase “step on the neck” is one often used by both parties on the Senate floor and that he cut himself off.

“Even though that phrase has been used in the past, it certainly is not appropriate in today’s environment based on what happened in Minneapolis,” Woodward said.

He also said that during his speech he read a transcription of previous comments made by Sen. Julie Gonzales, a sponsor of the bill, and that there was an error in the transcription that included the phrase “colored people.” Gonzales did not use the phrase either and Woodward said he plans to apologize to her on Monday.

“Of course that’s not something I would ever say, but I didn’t want to misquote her,” he said. “I should probably have skipped over those words if I was concerned about them, but I thought I was reading word for word.”

Under the proposed bill, people would not have their wages or bank account garnished for 180 days if they are able to show they are struggling financially because of the coronavirus pandemic.

In an interview, Winter said it was the second time this week that she’s asked Republican lawmakers to be careful with their language after another legislator used the word “thug,” which is often used to demonize and criminalize black men.

“Words matter and they have power, especially when you are a senator,” she said, adding, “In this moment, in this time, it is important for white people to do the work, to be antiracist, to be uncomfortable, and to have these conversations.”