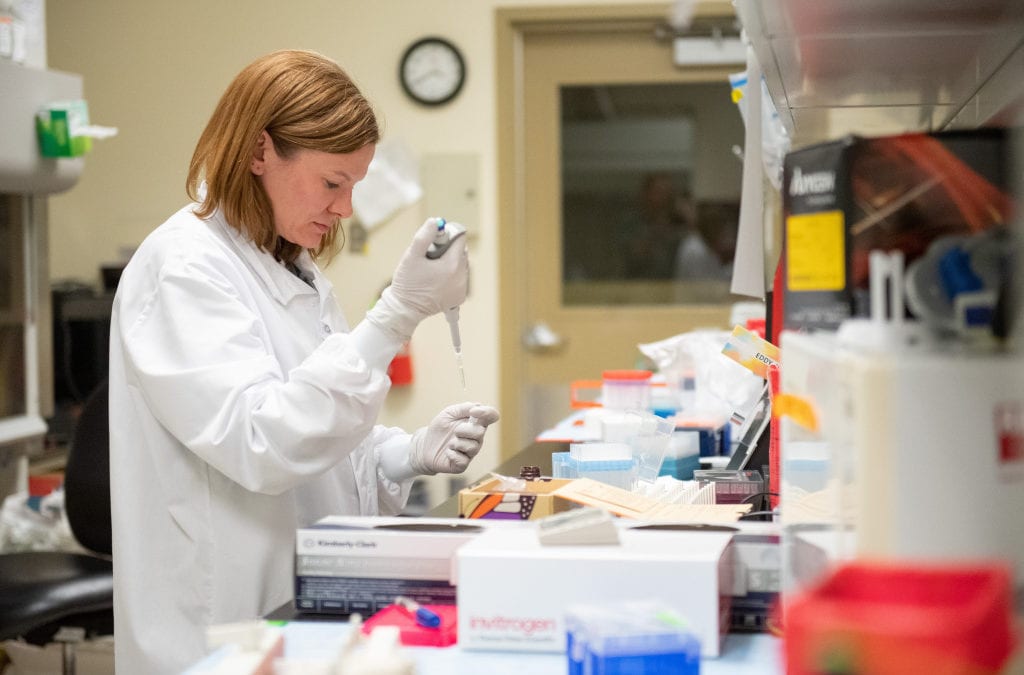 A possible vaccine for the new coronavirus has shown good enough results in animals to attract federal money to take it to the next level, but the Colorado State University researchers involved caution that it has many hurdles to clear before going to the public.

CSU’s labs have produced a small amount of a vaccine and tested it on hamsters, said Ray Goodrich, executive director of the university’s Infectious Disease Research Center. The hamsters have formed an immune defense and don’t get sick if they’re exposed to the virus, but not everything that looks promising in small animals works as well in humans.

The results are interesting enough to attract about $700,000 in funding from the federal Biomedical Advanced Research and Development Authority, though. CSU is adding about $448,000 to help scale up production of the vaccine for eventual human tests.

Viruses inject their genetic material into their host’s cells, essentially hijacking the host’s body to produce more copies of the virus. The body, in turn, recognizes proteins on the outside of the virus and learns to attack it. The process being studied at CSU destroys the virus’s genetic material, while leaving the outside intact, so the body forms defenses but isn’t at risk, Goodrich said.

It’s something like shaking an egg — the egg won’t hatch, but it’s not damaged on the outside.

“We’re scrambling the (genetic material) on the inside and leaving the shell,” he said.

The process involves using ultraviolet light and riboflavin, also called vitamin B2, to kill viruses. It’s already used to sterilize donated blood in some countries, though it isn’t approved in the United States, and has been shown to kill some other types of coronaviruses.

CSU already has a biocontainment lab and a biomedical manufacturing facility built to work with highly infectious viruses and bacteria, thanks to funding from the state and the National Institute of Allergy and Infectious Diseases, Goodrich said. There, a team of researchers will grow large numbers of cells that the virus will infect, generating a steady supply of viruses they will kill to make the vaccine, he said.

The grants will help with the costs of making sure everything is done up to strict standards from the U.S. Food and Drug Administration, Goodrich said. They have to prove the process is working at every step: that they’ve successfully grown the virus, removed any impurities and killed it, and that manufacturing is up to standard.

If the process works as expected, they would then give the candidate vaccine to healthy volunteers and look for an immune response in their blood, while monitoring for any side effects, Goodrich said. If small studies look good, they would gradually test it in a larger pool of volunteers, and see if they contract the virus while going about their lives.

“Those require very careful and well thought out clinical studies,” he said.

If increasingly large studies show the vaccine protects people, CSU would partner with either a government entity or a pharmaceutical company to produce it for the commercial market. He couldn’t put a timeline on the work, but said a prediction from Dr. Anthony Fauci, director of the NIAID, that a vaccine will take at least 18 months seems reasonable. And that’s quite a bit less time than the process sometimes takes — for example, it took seven years for the polio vaccine to move from the lab to the doctor’s office, he said.

“There’s still a long way to go, but we’ve made great strides,” he said.