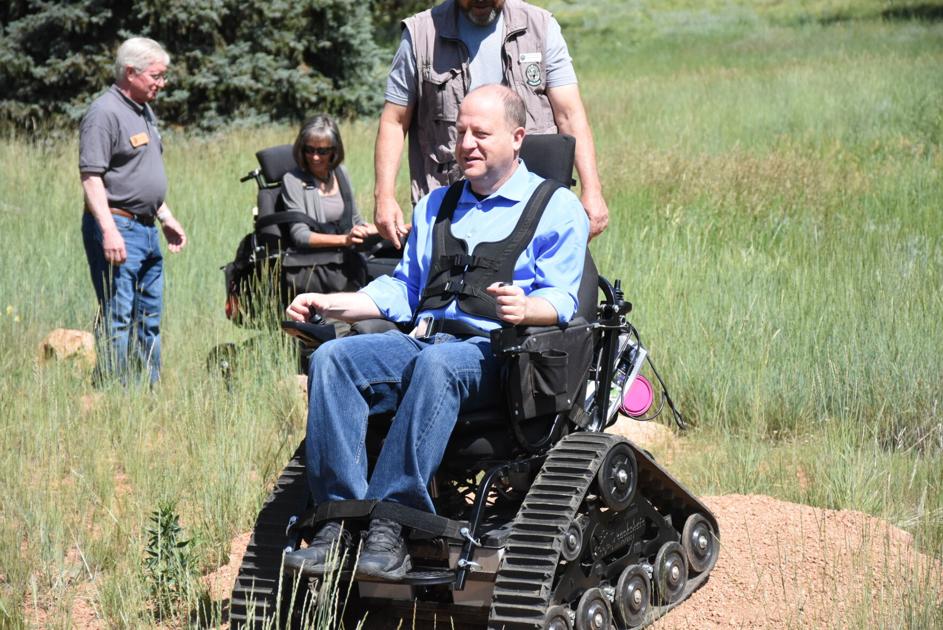 According to Colorado Parks and Wildlife, three trips scheduled for Saturday on Staunton State Park’s ‘track chair’ will mean this accessibility-increasing piece of gear has been used on the trail 1,000 times.

The Staunton State Park track chair program started in June 2017, supported by a non-profit called Friends of Staunton State Park. The program has four chairs total, which are motorized and fitted with tracks that can handle the rugged terrain of a trail. Used by all ages, the program has been applauded for making the hiking experience more accessible, whereas most standard wheelchairs are restricted to smooth terrain without a high grade.

Natalie Bostow, track chair program manager since 2018, shared a touching statement on the impact of the program:

“As we hit 1,000 trips, I think about every individual that’s been impacted by our program. The fathers who’ve gotten to hike with their daughters for the first time. The families that got to enjoy one last adventure with their grandparents. I think about the participant who joyfully tipped her head back in the rain, something she hadn’t felt in years. The participant who, for years, had dreamed of sitting next to a stream, so she literally sat next to the stream with her eyes closed for hours. I think of all the happy years that have been shed by individuals who, for the first time in years, are able to enjoy the Colorado outdoors. This program is more impactful than, I think, any of us could have imagined.”

The idea for the track chair program was developed by a man named Ted Hammon, who brought his quadriplegic neighbor, Mark Madsen, to Staunton State Park in a borrowed chair in 2014. Madsen passed away in 2015, but Hammon kept the memory of him alive by becoming a driving force behind the creation of the track chair program a year later. Now, many are able to experience the same joy that the track chair once brought to Madsen.

Several years running, the track chair program has been utilized by people aged from two to 90, powered by volunteer guides.

One volunteer track chair guide named Mike Thompson took his 110th trip recently. Here’s what he had to say about the program:

“Having a wife with MS who no longer can hike on her own, I know how much it means for our participants to be able to get out on trail, be out in nature, and have a small measure of ‘normalcy’ for the short amount of time we spend with them.”

While the program is still young, Colorado Parks and Wildlife is looking to expand it to other state parks around the state.

More can be learned about the program here.