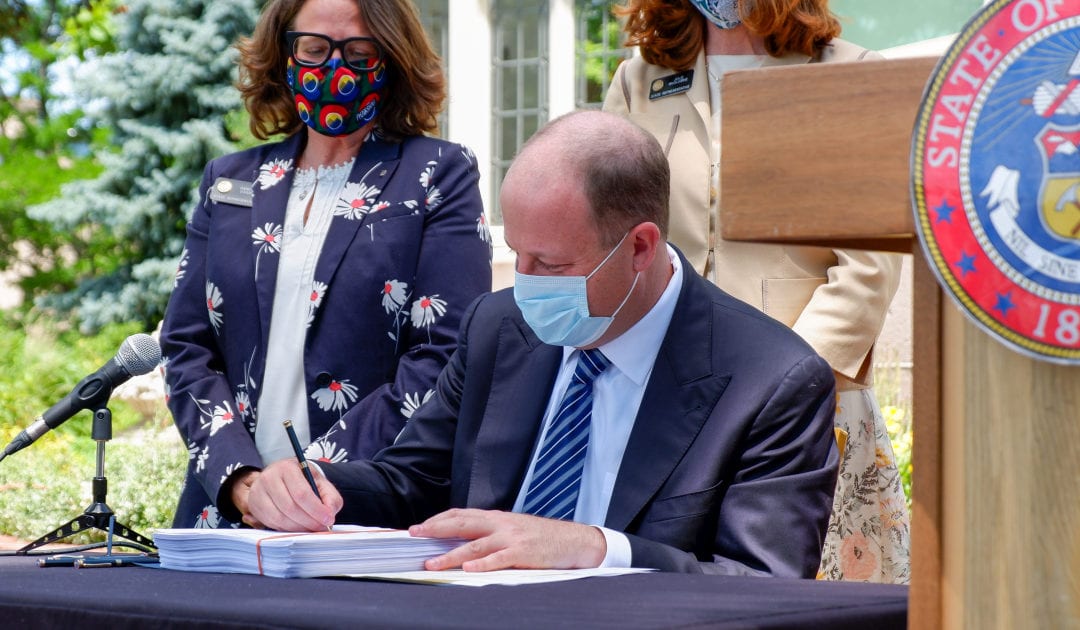 Colorado could be spared billions in additional state budget cuts under new economic forecasts released Friday with one crucial caveat: As long as new viral outbreaks don’t send the economy back into a tailspin.

“I think today’s forecast is going to spare us the worst of the worst,” Lauren Larson, the governor’s budget director, told lawmakers at a Friday hearing.

The picture presented to the Joint Budget Committee represented a dramatic improvement from the last economic forecast, in June, when budget writers were bracing for additional $1 billion in budget cuts next year on top of the $3 billion they had just slashed from the current year’s spending plan.

The economists in Gov. Jared Polis’ budget office and the nonpartisan Colorado Legislative Council said the improved outlook in part reflects a quicker rebound in consumer spending than they initially expected. But the single biggest factor for the rosier forecast was the fact the economy was simply even better before it collapsed than forecasters realized.

The state ended the 2019-20 fiscal year June 30 with an estimated $895 million more general fund revenue than expected, money that came in later than usual because of an extended income tax filing deadline. The general fund represents the discretionary state spending that lawmakers allocate in each budget.

For the current 2020-21 fiscal year, revenue is expected to be anywhere from $542 million to $1.5 billion higher than prior forecasts were predicting. The legislative and executive branches, respectively, last updated their economic forecasts in June, when the economic effects of the pandemic were still largely unknown.

“The sharp plunge in economic activity has been followed by a stronger than expected bounce back,” said Greg Sobetski, a legislative economist.

Both forecasts now show the state with healthy reserves that lawmakers can call on either to balance next year’s budget, or stash away in case a future outbreak causes a double-dip recession. Under the legislative forecast, the state is now expected to end this fiscal year with a $1.67 billion reserve, or 18.6% of general fund spending. That’s about six times the $273 million reserve that was anticipated in June. The governor’s forecast, which served as the basis for the current budget, is even more optimistic, projecting a $2.9 billion reserve to end the current fiscal year.

Still, economists expect the recovery to be slow and painful, nonetheless. Legislative forecasters don’t think unemployment will bounce back to 2018 levels until the fall of 2023.

“The economic outlook is improving,” Larson said, “but the crisis remains severe.”

The demand and cost for state services is rising, largely driven by inflation and higher Medicaid caseloads. The governor’s budget office is now projecting a $1.6 billion budget deficit in the fiscal year that starts in July 2021 that would largely wipe out the state’s reserve cushion. Budget forecasters predict an additional $2.2 billion gap in 2023.

“This isn’t new wishlists … these are kind of the must-dos in our mind,” Larson said. The Polis administration’s agency leaders have been instructed to identify 10% of their budgets that could be cut in preparation for the governor’s budget request, which is due in November.

Two trouble signs in particular stood out to state lawmakers.

One is the pandemic’s disproportionate effect on low-income earners, who comprise the majority of the state’s job losses. This group also depends the most on safety net spending, such as Medicaid government health insurance, compounding the state’s budget challenges.

State Sen. Dominick Moreno, a Democratic budget writer from Commerce City, called the persistent employment gap “hugely concerning, given the impact that this pandemic has had on our low wage workers.”

Another overriding concern is the pandemic’s outsized impact on local services. Governments in Colorado shed the second most jobs of any sector during the pandemic, laying off around 40,000 workers. And unlike the private sector, those jobs aren’t being added back as the economy reopens.

Many of these cuts occurred at the local level, where the budget pain is only expected to get worse next year, as property tax revenues tumble. The fiscal impact will also hit the state budget, which could be on the hook for “hundreds of millions” in additional school funding, Larson said, depending on the severity of the decline.

Three ballot measures could help — or worsen — the fiscal picture moving forward. One proposes a cut in income taxes, which would reduce state revenue by an estimated $158 million this budget year. Another would raise taxes on tobacco products, generating as much as $168 million next year. A third would repeal the Gallagher Amendment, preventing an expected 18% cut in residential tax rates that would exacerbate the local budget crisis.

But just as the forecasts have improved dramatically since June, economists warned that uncertainty could make things worse, too. Most of the new data available to forecasters provided a clearer picture of what happened when the economy shut down; they still don’t know much about the ongoing recovery.

“This is still a forecast that’s prepared with very little information,” Sobetski warned.