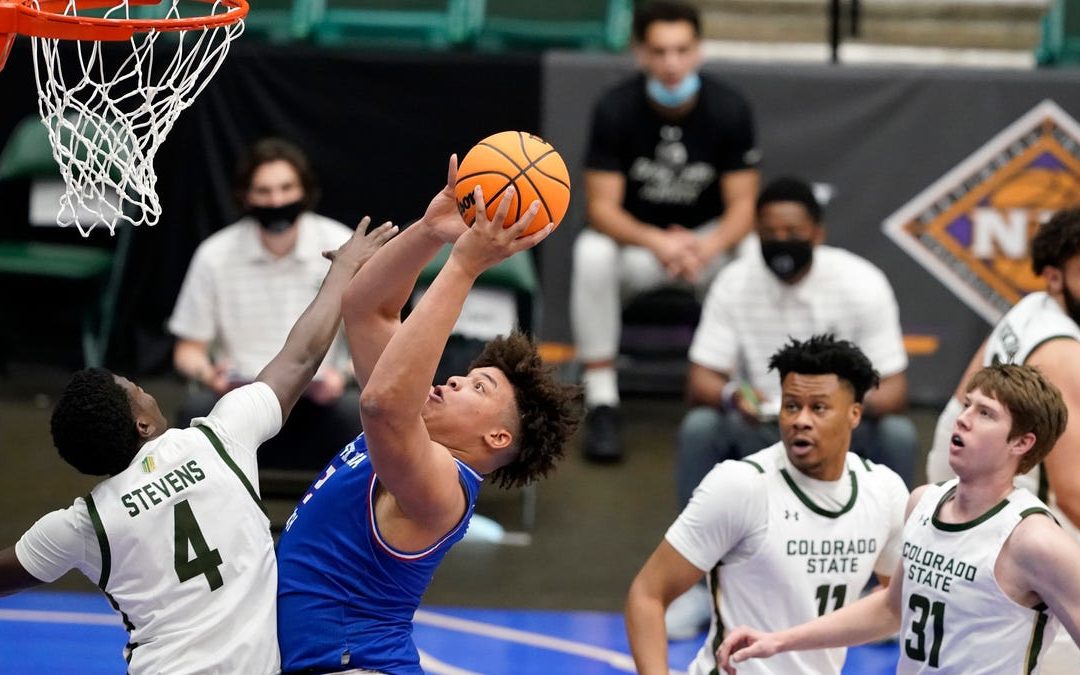 The Rams lost 76-74 on Sunday in a physical NIT third-place game at Comerica Center, with Louisiana Tech big man Kenny Lofton, Jr. hitting a contested shot in the paint with less than a second left to win it.

CSU star David Roddy was the subject of two different reviews for elbows he received in his face.

The second was the most damaging to Roddy and the Rams.

It sent him to the locker room for treatment with the game tied at 67. It was called a flagrant upon review and Isaiah Stevens hit two free throws, but Louisiana Tech went on a game-changing 7-0 run before Roddy was able to return with Louisiana Tech by then leading 74-69.

CSU (20-8) came back and tied it at 74 upon Roddy’s return, with Roddy driving and scoring a game-tying layup with less than 25 seconds left.

Louisiana Tech (24-8) went to the big man for the final shot, with Lofton bullying inside to score with 0.3 on the clock.

The Rams couldn’t handle Lofton all game. In the first half he was whistled for a foul when he elbowed Roddy in the face. It went to review and refs ended up reversing the call to be a foul on Roddy.

Lofton had 11 points at half and finished with 27 and 13 rebounds after a dominant second half.

The NIT is looked down upon some and depending on the team and program, it’s not a big deal to play in.

Not the case here, despite the semifinal and third-place losses. First off, CSU is a young and rising program. You know the numbers: No seniors, just three juniors and everyone retains this season of eligibility. Playing four postseason games against four unique teams will do nothing but help the growth of this squad.

Postseason play of any kind is far from a guarantee for CSU. This was the 117th season of men’s basketball at the school and just the 21st postseason appearance (not counting the would-have-been CBI bid last year if not for coronavirus).

The last time CSU made the NIT semis was in 1988. What followed? Back-to-back NCAA Tournament appearances in the next two years.

CSU must hope and aim for that history to repeat itself.

The ending was brutal, but this was a significant appearance and postseason result for CSU basketball.