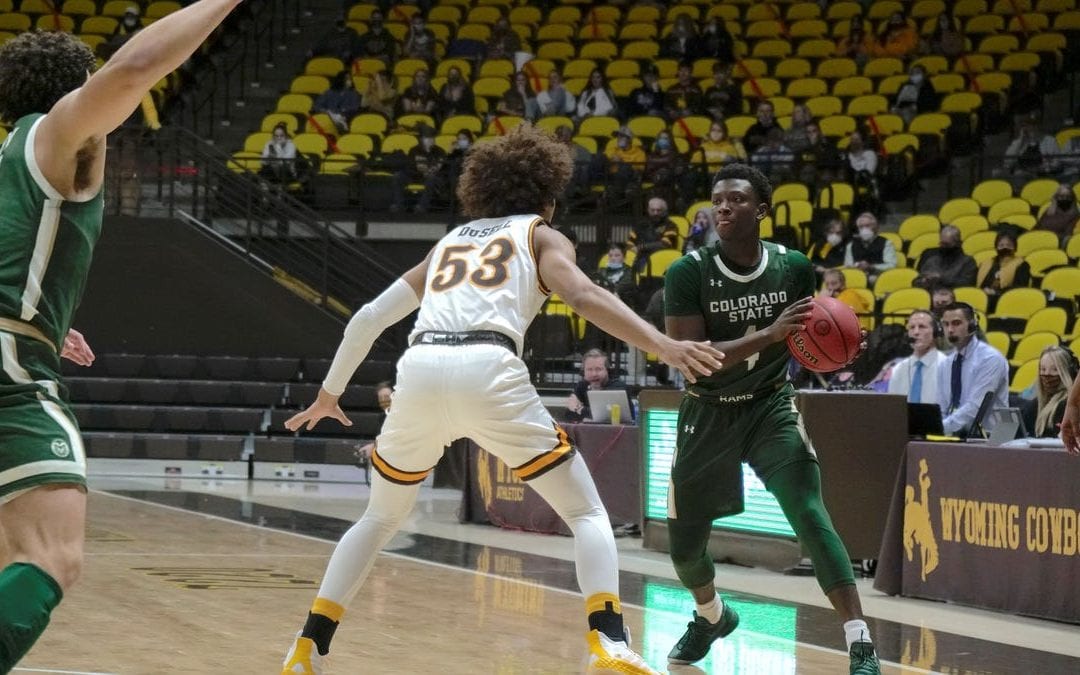 LARAMIE, Wyo. — Absolute chaos, extreme execution errors on both sides but all that matters for Colorado State basketball fans is the final score.

It took a wild finish to get there.

CSU was struggling to hold on to a late lead when Marcus Williams hit a huge 3-pointer for Wyoming with 12 seconds left to tie the game.

With star point guard Isaiah Stevens on the bench after fouling out, the Rams needed a late-game shot-maker.

Enter Kendle Moore. He used his best asset — speed — and raced through the Wyoming defense to score a contested layup.

Wyoming fumbled the in-bounds pass, yet still ended with a good look for the win before Kwane Marble’s 3-pointer missed.

Williams and Xavier Dusell tallied 17 each for Wyoming. Maldonado scored 14.

It’s another escape for the Rams in Laramie, as CSU was down 19 in the second-half last year before pulling out a late win.

This was a key non-loss in CSU’s quest for an NCAA tournament bid. The Rams are No. 44 in NET rankings and Wyoming is No. 189, but play more dangerous than their rating. The Cowboys had swept Nevada in their last home series.

Stevens suffered through one of his toughest games as a Ram. He fouled out on a ticky-tacky fifth foul with 3:51 left in the game and the Rams up by one. He closed the game with six points, four rebounds, two assists and five turnovers.

CSU can feel lucky to win this one in many ways. The Rams had 18 turnovers and DuSell was hurting them beyond the 3-point line before his own foul trouble came into play.

The Rams aren’t done with Laramie yet, though, and they’ll return for the second game of this MW series at 4 p.m. Saturday.

Check back to Coloradoan.com for more on the game.