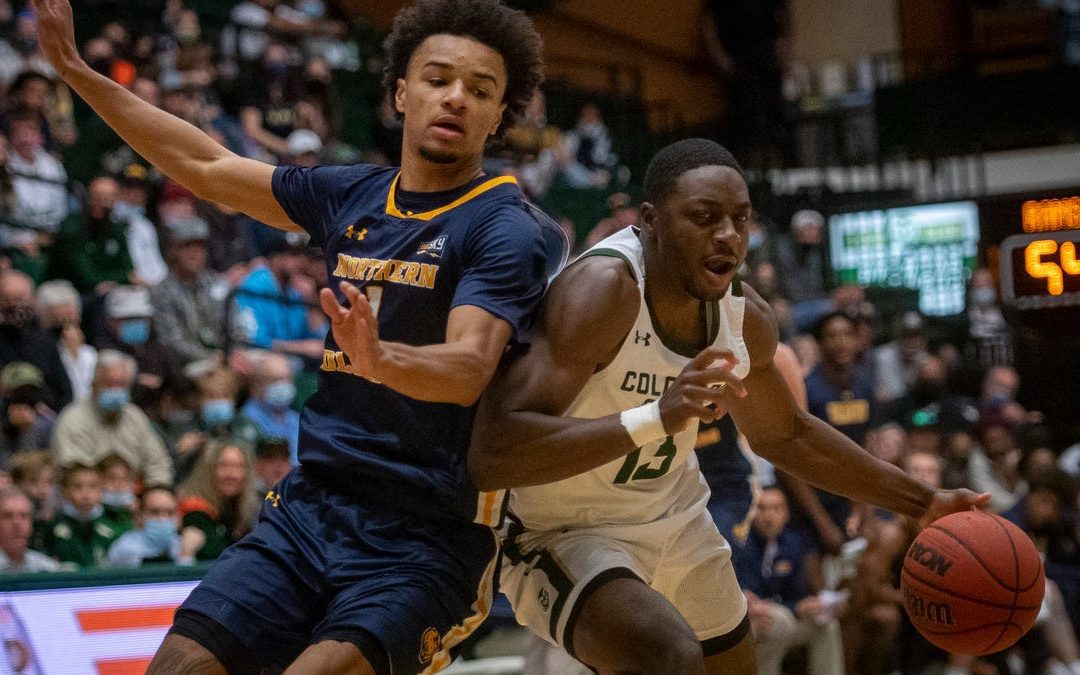 The Colorado State basketball team put itself in a big second-half hole for the second time this week but again found a way to dig all the way out.

The Rams trailed Northern Colorado by 13 points with 15 minutes left but CSU found a way to win 88-79 on Saturday in Moby Arena.

It’s the second big comeback of the week after CSU trailed Northeastern by 20 in the second half of the Paradise Jam but came back to win.

The Rams (7-0) simply could not afford to lose this game to a Northern Colorado (3-5) team ranked No. 189 by KenPom.com. It wouldn’t have ended CSU’s at-large NCAA Tournament hopes, but would have removed just about any margin for error.

Here are takeaways from another resilient CSU win.

Huge credit goes to CSU’s bench in this comeback win, with the starting group struggling in stretches during each half.

The Rams fell into a 10-point hole early in the game as UNC was hitting 3-pointers from the start. The bench squad helped pull it back.

Freshman Jalen Lake came in and scored eight quick points as he and John Tonje combined for 14 early points while CSU went on a 12-0 run to take a lead.

It briefly looked like that would be what it took for CSU to settle in, but UNC put together a 14-0 run late in the first half then ballooned the lead to 13 early in the second half.

Coach Niko Medved quickly went to the bench and again they turned the tide. Chandler Jacobs finished with nine points, but he may have been the player of the game as he stemmed the tide of UNC’s 3-point barrage with ferocious perimeter defense.

“I thought Chandler Jacobs was phenomenal. I thought he really got involved,” Medved said. “I thought his defense was terrific.”

Jacobs and Tonje combined for a quick 8-1 run at about the 12-minute mark of the second half to get CSU within range and it had the crowd of 4,328 making a huge amount of noise.

Tonje’s 3-pointer at the 4:04 mark gave CSU a 76-75 lead and the Rams never trailed again. Tonje scored 14 of his 20 points in the second half and made all three 3-pointers he took.

Tonje and Isaiah Stevens led CSU in scoring with 20 points. Dischon Thomas had 13, including three 3-pointers. David Roddy had an off night for him (4-of-13 shooting) but still had a double-double with 12 points and 10 rebounds.

This comeback trend isn’t a sustainable path, but it sure as hell is entertaining.

Twice in a week and three times in the last four games, the Rams have been trailing after a poor first half and they’ve come back to win them all.

They know they need to begin starting games better.

“It’s super important. We keep saying it, but that’s how it’s panning out recently,” Tonje said. “Obviously, it’s good that we come out with wins but at some point we want to start getting ahead (early).”

Isaiah, who also scored 14 of his 20 in the second half, said the Rams break games into four-minute segments and that has helped them slowly chip away at deficits.

UNC guard Bodie Hume opened the game with a trio of early 3-pointers. UNC had 11 total 3-ball makes at halftime, yet Hume was then left open for three more 3-pointers early in the second half to help the Bears grow the lead to 13.

That helped lead to Medved going to the bench. For a long time it looked like CSU wouldn’t be able to clamp down, but finally it came.

Ironically the game started to flip on some missed free throws from Hume. UNC was up 69-61 when Hume was fouled shooting a 3-pointer. He missed two of the three free throws (to make it 70-61 UNC) and CSU quickly went on an 8-0 run to get within striking range.

Daylen Kountz hit a 3-pointer with 5:44 left and then that was it. UNC made only one field goal the rest of the game and CSU held the Bears to 10 points in the final 10:41 of the game.

“We had a couple lapses in the first half, gave up way too many 3’s to people we knew were going to shoot the 3,” Tonje said. “I feel like first half a lot of times we didn’t have our hands up, they were just shooting over us. I wanted to make them feel our presence and give them a little more pressure.”

The Rams host Little Rock at 7 p.m. Wednesday before a massive mid-major showdown with NCAA Tournament implications against Saint Mary’s on Saturday at noon.