Colorado star out for next two games against depleted Wild – StarTribune.com 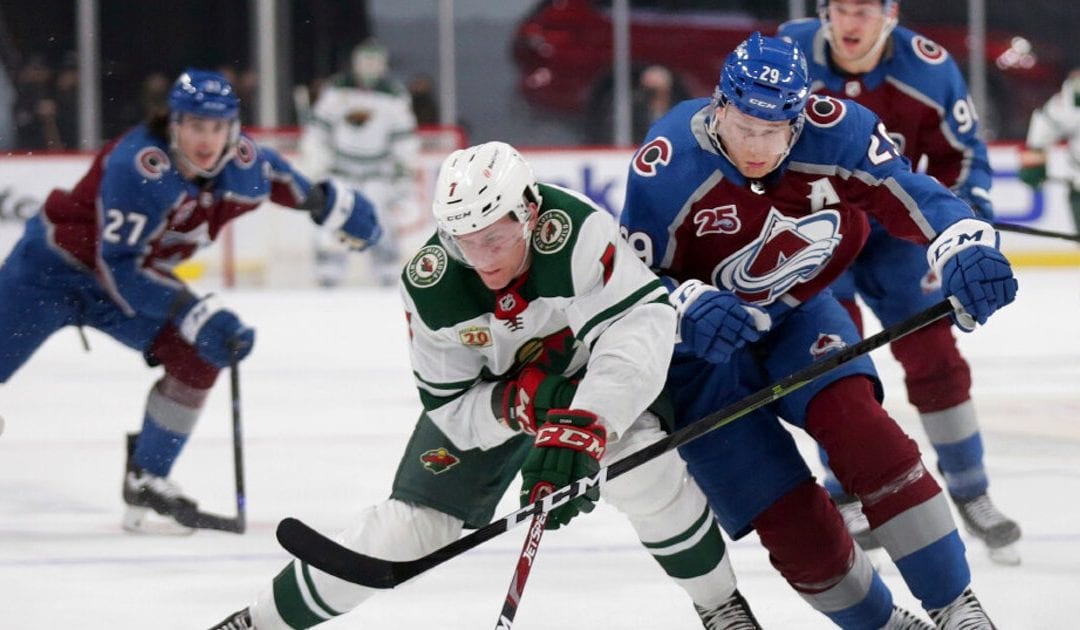 DENVER – The Wild isn’t the only team missing key players.

So is its opponent across the ice.

Colorado superstar Nathan MacKinnon will be out for the remainder of the team’s four-game series against the Wild, which resumes Tuesday at Ball Arena in Denver.

MacKinnon is considered week-to-week with a lower-body injury suffered Sunday in the Wild’s 4-3 overtime win at Xcel Energy Center.

And despite relying on three players from its taxi squad who hadn’t played in almost a year, the Wild persevered with a no-nonsense approach that it’ll try to duplicate in Round 3.

“Hopefully we can play that way and even better,” coach Dean Evason said. “We know they’re going to be real good here. They always are. We have to play a very similar type of game. It needs to be a grinding game. Regardless if MacKinnon is in or not, they’re a very special group. We’ve got to pay attention to certain people, obviously, but we’ve got to play the type of game, the type of gritty game, that we played the other night in order to give ourselves an opportunity.

“Having said that, it’s not just against Colorado. That’s how the Minnesota Wild hopefully play on every single night and give ourselves an opportunity to have the result we want.”

Fiala will be eligible to return from his three-game suspension for boarding Thursday when this set against the Avalanche wraps up, but he’s probably the only addition for the Wild. Johansson did not make the trip to Colorado, and Dumba is on injured reserve.

4: Goals or more scored by the Wild in five of its first 10 games.

23: Points for the Wild’s defense.

MacKinnon isn’t the only player sidelined for the Avalanche. Colorado is dealing with a slew of injuries, with six players currently sidelined. Among that group is defenseman Devon Toews (lower body) and forward Pierre-Edouard Bellemare (lower body) are also out. Goalie Philipp Grubauer, who made 19 saves in Saturday’s 5-1 win over the Wild, will be back in net tonight. Grubauer is 4-2 all-time vs. the Wild.