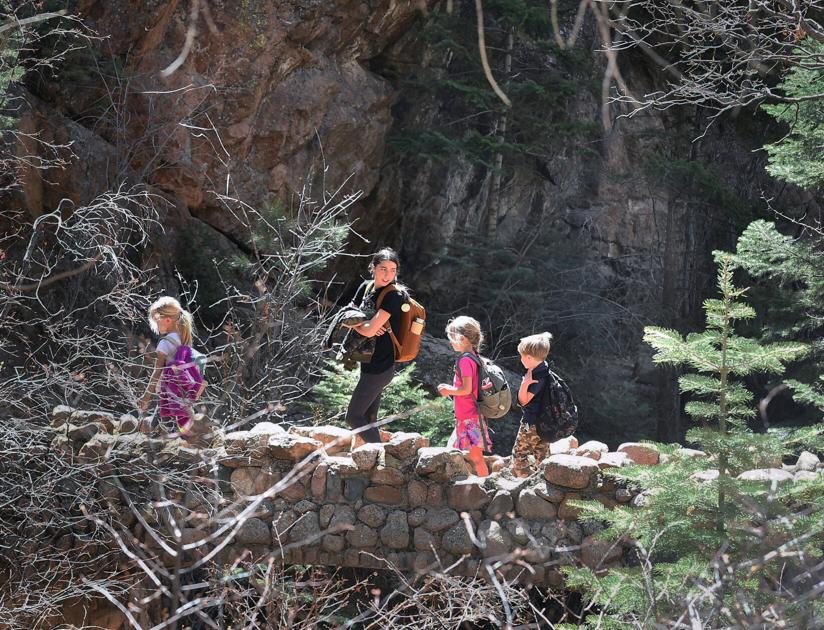 April showers don’t seem to be bringing May flowers to Colorado Springs this year, instead, lack of precipitation this month could make for the onset of an early fire season.

The summer of 2020 saw a record setting year of drought and fires with the third worst year of drought in state history and three of the state’s largest wildfires to date and 2021 could be lining up for a repeat, warned Colorado Springs city forester Dennis Will.

“I don’t think that the soil or the trees have recovered from those conditions despite the semi-wet winter conditions,” Will said.

“We had some moisture to tamp down the fire risk and we have had a few inches of snow and that has helped,” Petersen said of April. “But today we will have stuff dry out — today is the day to watch out for fire danger.”

Colorado Springs was nearly half an inch of moisture behind the typical average for April, Petersen said.

“We had a little bit of recovery with the last storm but, if we don’t get any moisture in the next month or two, we’ll be back right where we were in drought conditions,” warned Colorado Springs Fire Department spokesman Mike Smaldino.

The drought has meant that firefighters don’t get a break.

“We’ve transitioned to where our fire season is all year long and even between some of these snowstorms,” Smaldino said. “I’d like to go back to the traditional fire season, but that’s where we are now.”

Rain and snowfall throughout April brought enough moisture to grow quick burning fuels such as grass, but not enough water to thoroughly soak the ground, Smaldino said.

The grass can dry out and act as tinder for wildfires, Smaldino said.

On days like Monday, when fire danger is high, trucks designed to fight wildfires, are sent to every fire call in case winds spread flames, Smaldino said.

“Even if we get pretty good rain tomorrow, by the end of the week with high winds it will be ready to burn,” Smaldino said.