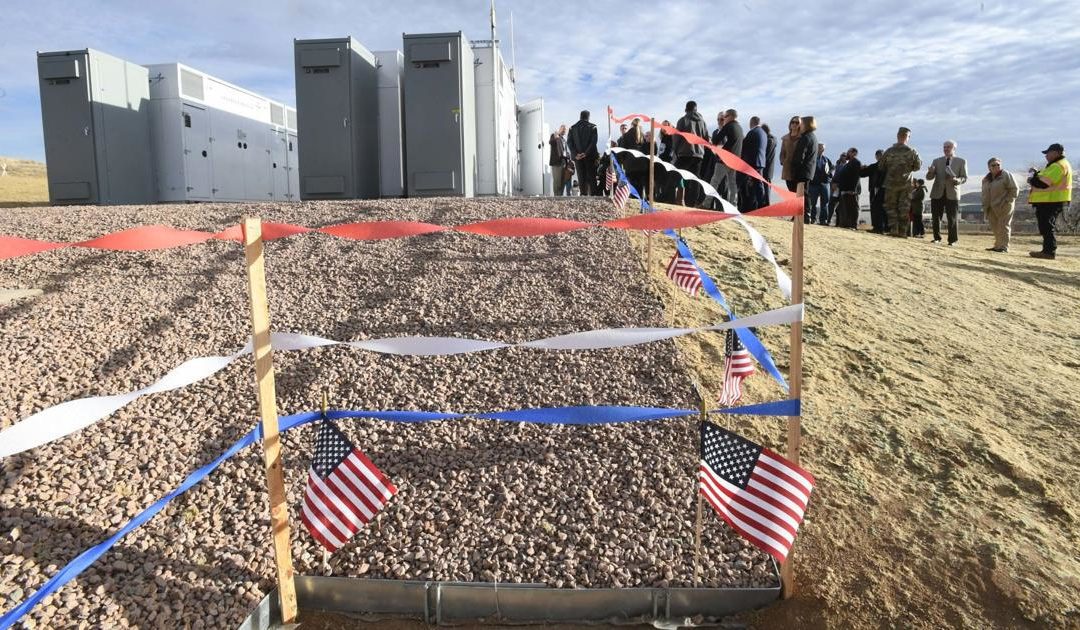 Small subsets of the electrical grid, or microgrids, that can stand alone in an emergency and keep critical services or businesses going, could be integrated into the Colorado Springs Utilities system in the coming years.

Utilities is working with Quanta Technology to identify the best locations for microgrids that could keep community services such as fire stations or wastewater treatment plants operational in a larger power outage, said Gabriel Caunt, principal engineer for the demand side management and distributed energy group within Utilities. The microgrids could also serve businesses with data centers that suffer major financial ramifications in a power outage, he said. Microgrids have been employed by military bases like Fort Carson for years to ensure power is available even when the larger grid goes down.

Fort Carson, which is home to several solar power projects, has a battery bank on the post that can supply power for several hours if electricity goes out.

The Utilities study will help determine “where the community can gain true resiliency value” from such grids, he said.

The microgrids include stand-alone generation, such as a solar array and battery, to provide power when the other parts of the grid are down.

The systems’ can also ensure excess electricity from renewable energy sources, such as solar panels and wind turbines, don’t have to be cut back because it is not meeting an immediate demand, Caunt said. Instead the electricity generation could be stored in batteries, he said.

Storing renewable electricity for peak demand times, such as when everyone is running their air conditioners, can help limit the need to build new power plants, said Keith Hay, director of policy and the Colorado Energy Office. As electric cars become more common, their batteries could help store electricity generated from renewable sources until it’s needed, he said.

Utilities granted Quanta a $398,000 contract to develop the Community Microgrid and Distributed Generation Plan by October and as part of that work the company will identify five candidate sites for a microgrid and design one, Caunt said. The work will be partially paid for by a $150,000 grant, said Natalie Watts, a spokeswoman for Utilities.

The city-owned utility has set an ambitious goal to cut its carbon emissions by 80% by 2030 and that could be reached without new microgrids, Caunt said. But the smaller grids will help Utilities make the most of solar panels that private companies are installing to meet their own sustainability goals.

The business model for the new microgrids is still in development, Caunt said. If the microgrid increases resiliency for community services, like water and wastewater treatment the cost could be spread across all customers. If the microgrid serves a private interest, the business could shoulder more of the cost.

“If we can figure out how to implement microgrid operation at broad scale and at very low cost, it could become just a normal way of providing utility services over time,” he said.