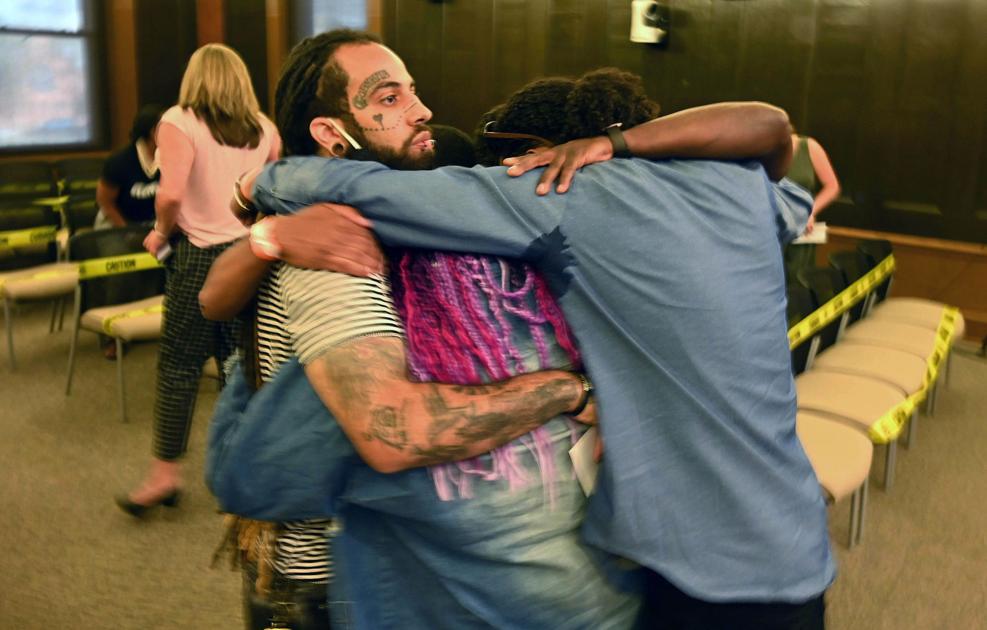 The council met Thursday to discuss the logistics of forming a committee with the goal of building trust and transparency within the Colorado Springs Police Department. The discussion was continued to Tuesday after an organization known as The People — made up of several Black Lives Matter demonstrators — and a group of residents who attended a National Association for Civilian Oversight of Law Enforcement symposium in Austin, Texas, last February said they wished to collaborate. They presented separate proposals Tuesday.

Under The People’s proposal, each council member would appoint one person from their district and the council as a whole would appoint five members from communities that are “disproportionately impacted by policing procedures, including those with lower incomes and people of color.” Any resident who is registered to vote is eligible, under the proposal, although current law enforcement officers cannot apply.

“We’ve seen first-hand the pain that we’re dealing with right now, not only on a local level but on a global level as well. We believe this proposal will build the trust with the community and officers, and get us on the right foot,” said Justin Baker, who presented the plan on behalf of The People.

He, with five other representatives of the organization, met “organically” as they led marches downtown calling for justice for George Floyd, a black man who was killed by a white Minneapolis police officer on Memorial Day.

“I believe we can replicate that exact same bond that we all shared by working together,” said Robbie Johnson, another member of The People. “This proposal here provides that unified effort,” Johnson said.

The other proposal, presented by a the group that attended NACOLE — the National Association for Civilian Oversight of Law Enforcement — meeting, supported a presidential commission, which would allow Council President Richard Skorman to select its members.

Skorman, who said he initially supported the idea in order to implement a committee quickly, later supported the selection process being led by council members.

“I think we should have done this decades ago,” Skorman said of forming a committee. “The passion, anger and frustration, and the expressions that we are hearing can’t wait to be responded to. We have to respond right away.”

“There is an utter lack of trust that the people on this council respect, regard and have the safety of everybody’s life in this city equally as their core concern,” said Spaulding, who presented on behalf of the group that attended the NACOLE meeting.

She, along with Pastor Promise Lee and several other residents, advocated for a police oversight committee and police reform at city council following the death of De’Von Bailey, who was shot and killed by police in southeast Colorado Springs nine months ago.

“This work did not begin with us three weeks ago,” Spaulding said. “This work is long withstanding, sustainable and deep from people who have invested in this community for decades.”

Belinda Gardner, who also presented on behalf of the residents who attended the NACOLE meeting, stressed the need for an independent review board.

“We need complete and total accountability and transparency. That is so, so important. This issue is so much bigger than any of us here and it is that important that we get it right,” said Gardner, who lives in Adams Park neighborhood, where Bailey was killed last August.

Her group opposed an advisory board, which are typically composed of residents that can provide recommendations to city council and lacks authority, she said.

“It is only advice that does not have to be taken at all,” she said.

City council members did not vote on the makeup of the committee, but several members applauded The People’s proposal for its commitment to opening communication between police and residents.

Councilman David Geislinger commended the organizers’ proposal, saying that he supports it “120%.”

“It is a gathering that is beyond this city,” he said. “It is an organic gathering of people coming together, most of them young people, without any sense of organization, who are coming together on a common ideal that we have tolerated — that me as a councilman, me as a white man, has tolerated the status quo for far too long and having the benefit of saying ‘we’ll wait’.”

Councilwoman Jill Gabeler supported a council-appointed board as a first step in building trust.

Mayor John Suthers said he supported the creation of council-appointed committee that would be made up of “a broad, diverse set of citizens,” to make recommendations to the council about issues including discipline, training and community relations.

“I think the agenda is justice, police accountability and transparency,” she said. “And I also think the mayor’s office has an agenda and that is to maintain the status quo and move with a group that will support that,” Avila said. She opposed an advisory committee, citing it’s lack of authority.

“This needs to be independent because if not, we are going to have the same old, same old,” she said.

The council plans to meet next week to continue discussing details of the committee, including during a public session Tuesday.

Colorado Springs is among one of a handful of cities across the state looking toward citizen oversight.

In Denver, the Office of the Independent Monitor oversees police investigations and reports its findings to the public twice a year. A Citizen Oversight Board then assesses whether that process was effective, board chairwoman Katina Banks said.

Aurora created an independent review board to help the police chief determine appropriate discipline for officers involved in misconduct, according to the city’s website. To serve on the board, residents must complete the Aurora Citizens Police Academy or equivalent training.

Boulder began working on a task force after a video went viral in March 2019 showing a Boulder police officer pulling a gun on a black man who was picking up trash outside his home.

Aimee Kane, equity program manager of Boulder’s police oversight task force, stressed the importance of taking time to research and develop a model that’s best for the community. Boulder’s process began with a subcommittee, made up of two city council members and three members of the Boulder County NAACP, which reviewed applications for those interested serving on a task force, Kane said.

The task force was made up of 13 residents, all of which were people of color expect for a white trans person, and representatives from the district attorney’s office, the public defender’s office, the police union and deputy chief of police, Kane said. Task force members ranged in age as well, ranging from a 21-year-old University of Colorado student to a woman in her 60s who marched with Martin Luther King Jr., she said.

The task force then helped create an implementation team, which consists of six residents, all people of color except for a white transperson, three police staff, a data scientist and two people from the city manger’s staff. This team will help draft an ordinance by November, with the goal of seating the oversight panel by January 2021, Kane said.

As part of the auditor-monitor model, the city will also hire an independent police monitor, who would monitor the internal investigations within the police department and make disciplinary recommendations to the chief and oversight panel, she said.

Kane suggested engaging with the community, including the police department, in the process.

“If you take your time with it, you can really establish something that’s a win-win for the department, for the community, and really put in a system that works for them,” she said.