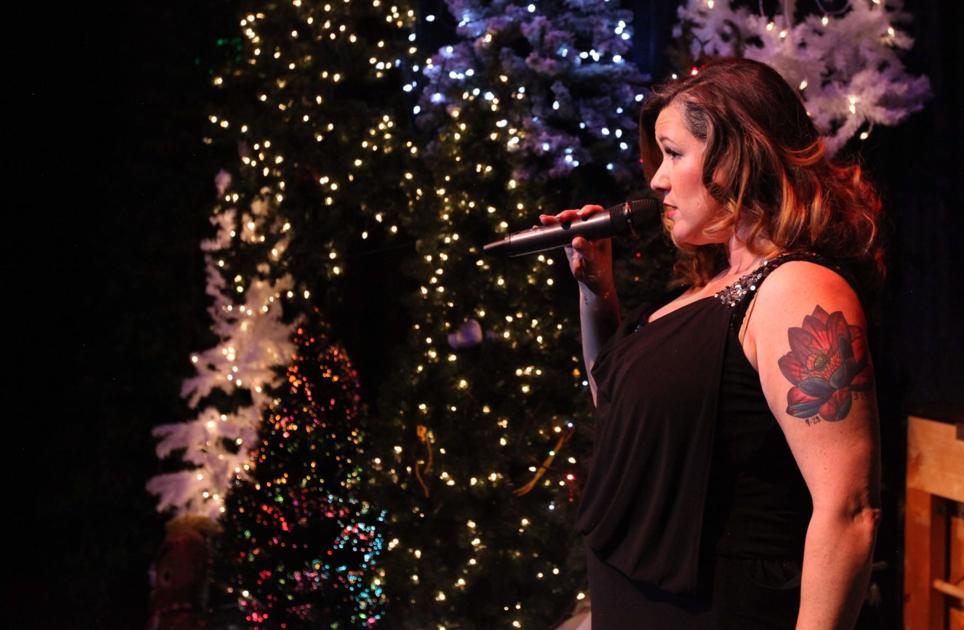 But he was powerless in the face of two of the region’s longest-running arts organizations: Colorado Springs Fine Arts Center at Colorado College and Theatreworks. The two institutions rounded up some of the Pikes Peak region’s best-loved musicians, performers and other artists to perform nightly in two holiday series.

For its Holiday Cabaret, Fine Arts Center Theatre Company reached out to company favorites, primarily actors, and asked them to submit a song, story or act that featured them and their families. The cabaret is available to stream online at fac.coloradocollege.edu through Jan. 3.

“We’re putting that together in an hourlong celebration as a moment of joy and with familiar faces they (audiences) love,” says FAC producing artistic director Scott RC Levy.

Levy and Nathan Halvorson, FAC associate director of performing arts, will co-host the show, with performances by Jerry McCauley and his family doing new arrangements of familiar songs; Sally and Mallory Hybl singing “Silent Night”; Marisa Hebert reading “The Night Before Christmas” to her four toy poodles; and Levy and his family doing a Hanukkah cooking show.

TheatreWorks’ free Month of Joy features 7 p.m. daily livestreams of 31 two- to three-minute-long performances through Dec. 31, such as songs, poems, stories and tiny puppet shows, by performers, stage managers, composers, arts administrators and designers who have a history with the theater company.

To watch, go online to facebook.com/theatreworkscs or YouTube and search for Theatreworks CS. Past performances from the monthlong event will be available to watch on both platforms.

Theatreworks artistic director Caitlin Lowans asked participants what they wanted to share and what would bring them joy.

“We stressed there were lots of different holidays folks celebrated during this time, and we wanted to include everyone while spreading joy, light, and cheer,” she says. “So we have Christmas carols and Kwanzaa readings, klezmer music and puppet pieces that celebrate the solstice.”

“We also feel really good that all of the moments of joy are free,” Lowans says. “And all of the artists were paid for their time, something nice at the holidays during what has been a challenging year for them.”