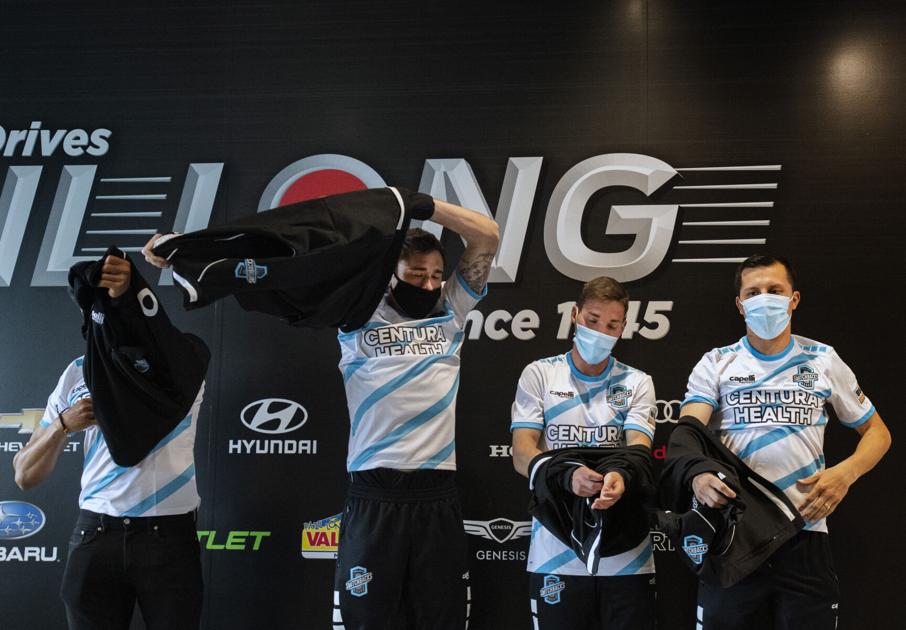 The Colorado Springs Switchbacks FC unveiled their new away jerseys on Thursday and nobody in the room was prouder than midfielder Jose Torres.

“This is something special because this is my first team here in the states,” said Torres, a 33-year-old Texas native who has played professionally in Mexico since he was a teenager. “Being in Mexico and playing since I was 14, this means a lot to me coming back to the states and playing for this Switchbacks team.”

“The jerseys are really beautiful,” she said. “I’m really excited to be here to watch him play in them.”

The road jerseys will actually be the Switchbacks’ “home” uniforms for their friendly this Saturday against Orange County SC as they christen the new $30 million Weidner Field in downtown Colorado Springs on the corner of Cimarron and Sierra Madre streets. Switchbacks club president Nick Raigin said the organization will roll out its new home jerseys in the coming weeks before the regular season home opener May 21 against New Mexico United.

“We didn’t want to be out here on Saturday playing in our training gear, and at the same time we want to create a buildup to our first home game,” Raigin said. “That’s why we strategized things this way.”

“It’s always nice wearing a fresh kit like this, for sure,” said Switchbacks defender Jimmy Ockford. “I like the white better than the black. It’s a clean look. Fresh. I can go out in the game and see how many marks I can get on it. Then I know I’m doing my job.”

On Friday, the club will unveil “The Epicenter” sculpture during a ceremony in front of the stadium. The iconic $4.5 million public art piece showcases two interlocking rings specifically designed to reflect the pride of Colorado Springs and the numerous U.S. Olympic national governing bodies in the city, while also affirming the community as Olympic City, USA.

The sculpture weighs more than 164,000 pounds and is 65.5 feet in diameter and 35 feet tall. It was designed and fabricated locally by Springs Fabrication as a gift to the community from Dean Weidner, founder of Weidner Apartment Homes.