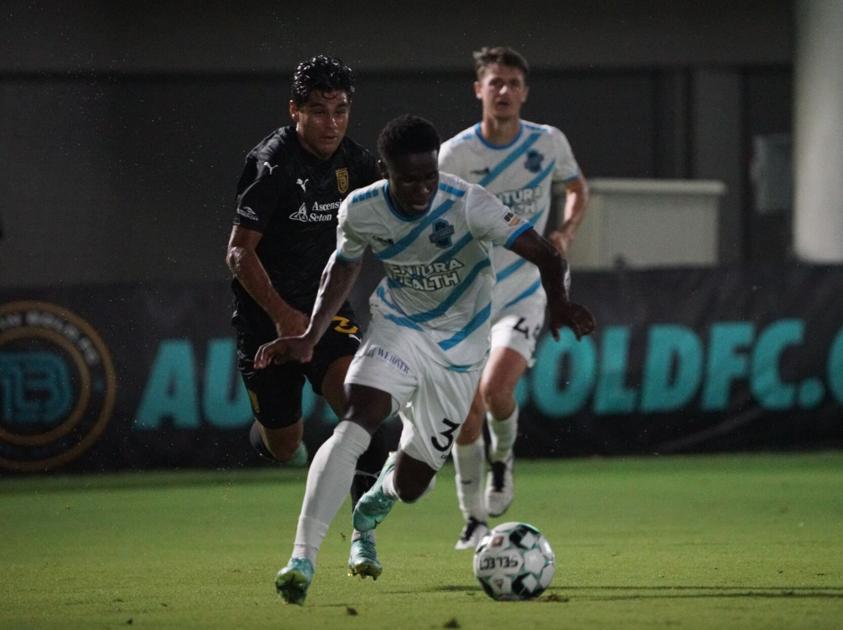 Darren Yapi, a 16-year-old Denver native on loan to the Colorado Springs Switchbacks FC from the Colorado Rapids, scored his first professional goal Wednesday night in the Lone Star State.

Yapi’s goal came in the 31st minute of his club’s USL Championship game at Austin Bold FC and evened the score.

But it proved to be the only time any Switchbacks player found the back of the net in a 2-1 loss at Bold Stadium.

Yapi, who had played in just four games as a reserve this season, totaling 40 minutes, got the start as a forward for coach Brendan Burke’s crew. Yapi took the field in place of Hadji Barry, the league’s top scorer with 14 goals. Burke wanted to rest his star player for at least some of the match.

Yapi, who turns 17 in November, made his coach look good when he took a pass from Deshane Beckford deep in the box and squeaked it by Austin goalkeeper Elliot Panicco.

Yapi had no expression on his face as his teammates congratulated him.

Yapi wasn’t the only teenager in the Switchbacks’ starting lineup. He was joined by 17-year-old forward Yaya Toure, who started in place of Michee Ngalina, 18-year-old defender Sebastian Anderson (he played 31 minutes as a sub for the Rapids against Austin FC on Saturday) and 19-year-old goalie Abe Rodriguez.

Toure and Rodriguez are also on loan to the Switchbacks from the Rapids.

Burke substituted Yapi out for Barry in the 56th minute with the score knotted at 1-1. Barry was held in check, however, by Bold defender Fabien Garcia and his teammates for most of the second half. Barry got his only shot on goal in the sixth and final minute of stoppage time.

The Bold took a 2-1 lead in the 81st minute when Collin Fernandez blasted a shot past Rodriguez from about 15 yards. Rodriguez was making his third consecutive start in place of injured Sean Melvin.

The Switchbacks looked flat in the second half, even though Barry and Ngalina (he entered as a substitute in the 56th minute with Barry) have been a lethal one-two offensive punch all season.

Burke gave captain Jimmy Ockford the full night off. Ockford had played every minute of the team’s first 14 games.

The Switchbacks entered the game third in the league in scoring, while Austin was 29th among 31 teams.

The Bold’s (6-4-5, 23 points) victory vaulted them from sixth to third place in the tight Mountain Division. The Switchbacks (6-6-3, 21) dropped from fourth to fifth.

The match was the second of five games in 15 days for the Switchbacks. They return to Weidner Field to host Hartford Athletic at 7 p.m. Saturday.