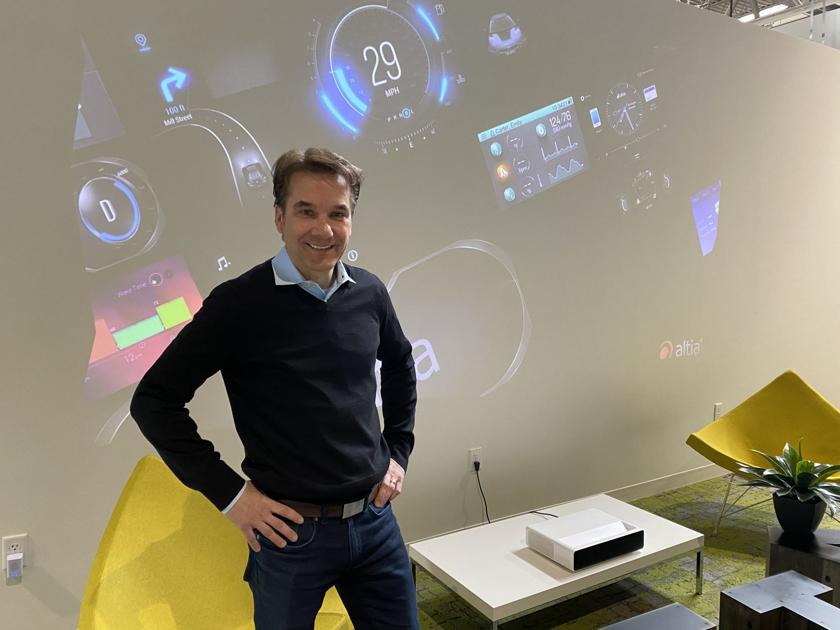 Colorado Springs-based software developer Altia played a key role in helping Ford to develop the dashboard display systems in the remake of its best-selling F-150 pickup truck set to debut this fall.

Altia had a team of 12 engineers working with Ford in 2019 and 2020, using its software to design the displays for the new pickup, which was unveiled Feb. 3 but won’t hit the market until new models arrive in September, Mike Juran, the company’s CEO and cofounder said. The displays show navigation and driver-assist features such as lane warning and smart cruise control, among other information on the dashboard near speed and other key instruments and gauges.

“They will be crisper and easier-to-read graphics that will show up in the instrument cluster,” Juran said. “They used our tool to design the interface (display) and they used our engineers to implement it because they wanted to get to market more quickly. The future of these displays is they will eventually will be displayed on the windshield so the driver won’t have to take their eyes off the road to see the information they need.”

Altia software has designed instrument and dashboard displays used in more than 10 million Ford vehicles and 45 million cars, trucks and scooters from other manufacturers with another 60 million that will manufactured during the next five years. The company’s software also is being used to design displays for the Cadillac Lyriq, the automaker’s first electric vehicle that is scheduled to debut next year as part of a plan by General Motors to move its fleet to all electric vehicles by 2035.

The company has added 20 employees during the past year to expand its work force to 100 and plans to add another 10 by year’s end. Nearly all Altia employees are working remotely, but Juran said the company eventually plans to return to its downtown offices in a hybrid model split between remote and office work.

Juran said the company is well-positioned not to be hurt by a shortage of semiconductors since its software will operate on any chip, allowing automakers to switch to a different chip supplier to avoid delays. Juran said he expects delays, caused by shortages driven by an unexpected surge in demand during the COVID-19 pandemic, to be mostly solved during the next six months as chipmakers ramp up production.

In addition to Ford and GM, Altia customers include automakers BMW, Daimler Benz, Fiat Chrysler, Renault, Honda, Nissan and Toyota, and motorcycle brands Harley-Davidson and Triumph. The company’s software also is used in displays for ovens and laundry appliances made by Whirlpool, a stationary bike, an insulin pump and a remote control for a crane, among other devices.