Colorado Springs shops reopen, but are customers coming back? 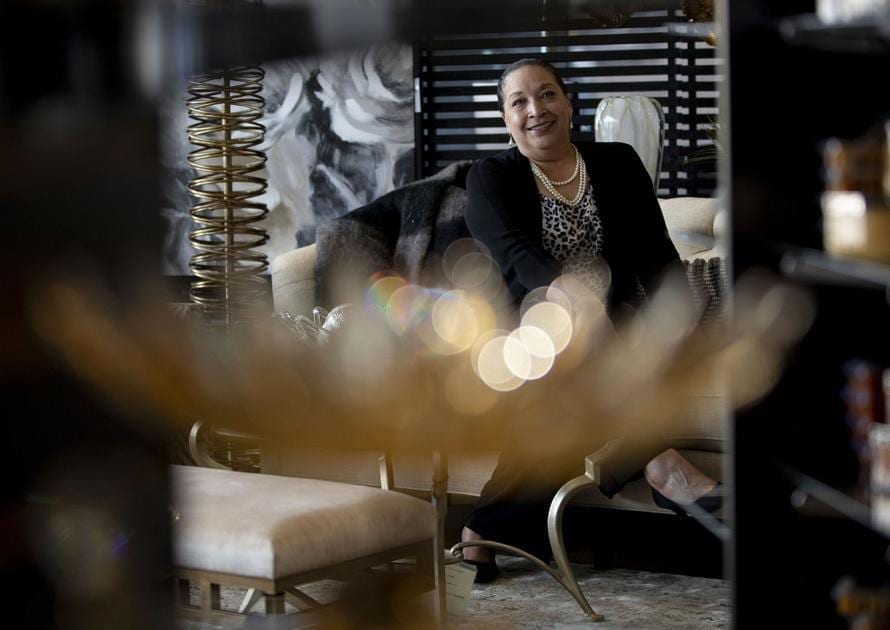 Customer traffic and sales are a mixed bag for Colorado Springs area retailers that reopened a week ago, with some reporting “nearly normal” traffic and others saying most customers are staying away.

Retailers deemed “nonessential” were ordered closed in late March by a statewide stay-at-home order; they were allowed to fully reopen May 1 following a short period that allowed curbside sales only.

But the retail landscape looks far different for customers, who are being asked to wear masks and wait to be admitted at many shops, while being told to remain at least 6 feet away from others to maintain social distancing.

Some merchants in the downtown area and popular shopping destinations like the University Village Colorado shopping center on North Nevada Avenue said customer traffic was close to normal levels this week. Shop owners and managers in Manitou Springs reported customer numbers were strong last weekend, but weakened after, and a group representing stores in Old Colorado City said sales have been slow.

Not even the combined might of Superman, the Avengers and your friendly neighborhood Spider-Man has been enough to fight off the economic devastation caused by the pandemic.

The comics industry, like many others, has been hit hard. Free Comic Book Day, an annual event held to celebrate comics and draw people into shops, is typically held on the first Saturday in May but has been indefinitely postponed; Diamond Comic Distributors, the primary distributor of comic books, stopped weekly deliveries of new comics.

In Colorado Springs, Doug Scott, owner of Escape Velocity Comics, had to shut down his store; though fervent comic book fans might disagree, comics were not declared an essential business under Gov. Jared Polis’ stay-at-home order.

With the doors back open, “it’s been slow, but not disastrously slow,” Scott says.

The longtime downtown business, originally called Bargain Comics, was already in a state of transition before the pandemic hit. A second location opened next to the Cinemark theater complex at First & Main Town Center on the east side of the city in 2013, but Scott closed it at the end of February because it was “underperforming.”

“It was really weird timing,” Scott says of the subsequent closing of the downtown shop amid the pandemic. Escape Velocity received Diamond’s last shipment of new comics just two days before the shop shut its doors; now it’s looking forward to Diamond resuming service in a couple of weeks.

For now, the shop has cut its hours back. Customers are  required to wear masks and only four customers will be allowed in the store — posing an issue, Scott acknowledges, when and if traffic picks up. Escape Velocity continues to offer curbside service and has been shipping comics and other merchandise to regulars who order comics ahead of time through a hold file, or subscription. “That’s actually been working really well,” Scott says.

In talking with other downtown businesses, it appears many are getting enough traffic to justify being open, Scott says, but they’re looking to the next phase: reopening restaurants beyond carryout and delivery.

“Boy, we miss the restaurants,” he said. “Without those to kind of anchor us, it’s tough.”

Curtis Sawyer and his partners had planned to open their interior decor shop in University Village in mid-March, but the stay-at-home order delayed those plans by nearly two months.

“We were ready to go in mid-March. As COVID-19 spread and became prevalent in Colorado, we delayed our opening until April and now, 70 days later, we are ready to open,” Sawyer said. “We had hoped to be generating revenue by now. But the upside is that it (delaying the opening) gave us time to better train our staff and implement health guidelines and be prepared” for operating in the new environment.

Deidre Robinson, owner and lead designer of Always Elegant Interiors, is opening her showroom to the public on Friday at the University Village Colorado shopping center in Colorado Springs on Thursday, May 7, 2020. Robinson originally planned to open her 2,400 square-foot full-service interior design showroom in mid-April. Due to the coronavirus, the opening celebration was delayed. (Chancey Bush/ The Gazette)

Always Elegant opens Friday, but its grand opening won’t be the large celebration Sawyer and his co-owners had planned — big crowds still aren’t allowed under state restrictions designed to slow the spread of the virus. Instead, shoppers will receive free sparkling cider and chocolates and will be entered in a drawing for a $250 gift card. The store will be limited to 11 customers in the building at one time and customers and employees will have to wear masks, he said.

Deidre Robinson, owner and lead designer of Always Elegant Interiors, is opening her showroom to the public on Friday at the University Village Colorado shopping center in Colorado Springs on Thursday, May 7, 2020. Robinson originally planned to open her 2,400 square-foot full-service interior design showroom in mid-April. Due to the coronavirus, the opening celebration was delayed. (Chancey Bush/ The Gazette)

Customers raced back to shoe and running gear retailer Colorado Running Co. when it reopened Monday to customers who made appointments online to visit the store in University Village.

Owner Jeff Tarbert said all appointments in the first three days the store was open were claimed and he had “no complaints” about sales levels during that period. The store had been closed for six weeks, shutting down a couple of days before the stay-at-home order would have forced its closure and furloughing all 16 employees, though Tarbert and manager John O’Neil still showed up for a few hours each day to handle curbside sales.

“I’m looking forward to more of the same,” with customers claiming every available appointment during the eight hours the store is open, Tarbert said. Whether that happens, “it’s too early to tell. We’re just glad to see our customers come back.”

Colorado Running Co. recalled all but two of its furloughed employees and is encouraging customers to browse its online inventory and make a purchase for either pickup or delivery (free within 13.1 miles — the same distance as a half-marathon). Customers who do shop in the store are asked to wear a mask and will be served by employees wearing both masks and gloves, Tarbert said.

Customers were lining up at west-side fishing emporium Angler’s Covey, waiting to be allowed into the store, during the first two days when it reopened, owner Dave Leinweber said.

“There was a lot of pent-up demand. What I was hearing from customers is they wanted to spend their stimulus check. That has been a huge plus for us,” Leinweber said. “Our sales last weekend were about 45% over the same period last year. People were buying things to help them get back on the river — rods, reels, flies and accessories. Clothing was also up, but was not as strong.”

Angler’s Covey recalled half of its 16-person staff to reopen the store. Customers were asked to wear masks and wash their hands upon entering the store. Leinweber rearranged the store to create wider aisles and put tape on the floor to keep customers waiting to complete purchases at the front counter 6 feet apart.

Leinweber remains worried about the store’s liability if customers sue the store alleging they were exposed to the virus there. Congress is debating liability protections for businesses as part of the next coronavirus relief package.

Customers flocked last weekend to the Manitou Outpost & Gallery, one of more than 10 shops in Manitou Springs and Old Colorado City owned by TAT Enterprises, but crowds thinned during the week, said manager Laura Gee.

“It looked like a fall weekend in terms of customers numbers, mostly locals from southern Colorado, but sales numbers definitely not like you would expect during the summer,” Gee said. So far, the store’s sales are off by about half from what they normally would be in early May, or about the same level as they would be in the fall, she estimated.

All of TAT’s stores had been closed for about a month, but the company kept a core staff of 39 to be ready for when the stores could reopen, she said. While sales are down, they have been strong enough for the company to recall its year-round staff and start hiring seasonal employees for the summer, Gee said.

Leslie Lewis, executive director of the Manitou Springs Chamber of Commerce, said customer numbers have been growing during the week and she is hopeful sales will be strong during this  Mother’s Day weekend.

“I am optimistic customer traffic will keep getting stronger as people get more comfortable with the new normal,” Lewis said.

About 70% of retailers in Manitou Springs have reopened. Lewis said the rest remained shuttered due to concerns about the spread of the virus and instead are focusing on online sales.

Southwest florist shop Skyway Creations is “surprisingly busy,” so much so that owner Don Goede Jr. believes the shop will have to limit the number of deliveries it will do this weekend.

“We are planning to restrict deliveries to 125 this weekend, about half of what we did last year. That is how many we can handle,” Goede said. “Our sales were down on Valentine’s Day, March was terrible and we were dead in the water in April, knocking out four to six deliveries a day. We lost all of the business we would normally have from the (Air Force) Academy graduation plus the high school graduations. We are down about $25,000 and it will probably get worse before it gets better.”

Goede has recalled seven of the nine employees of the shop and an affiliated business that cares for plants in local businesses after receiving a loan from Survive & Thrive COS, a program designed to provide relief to small businesses from losses due the pandemic. He said the business has survived three recessions, but the downturn triggered by the pandemic “will be the challenge of my lifetime.”

Sales and customer numbers at Mountain Man Nut & Fruit in Old Colorado City have been “very slow,” averaging about 10 a day, or about 25% of the volume the store had generated before it shut down, owner Bob Lantzy said.

“Even the weekend was slow. I think that it is combination of customers being unsure of the current environment and the economic impact — a lot of people are out of work and cautious about spending,” Lantzy said. “I don’t really see an upward trend. Compared with last year, we would normally be seeing an increase in tourism at this time of year.”

Ashley Perry, executive director of the Old Colorado City Association, said in an email that customer numbers have “been slow during the week and starting to make some waves on the weekend. But it is not nearly the foot traffic we normally expect this time of year from locals and tourists.”