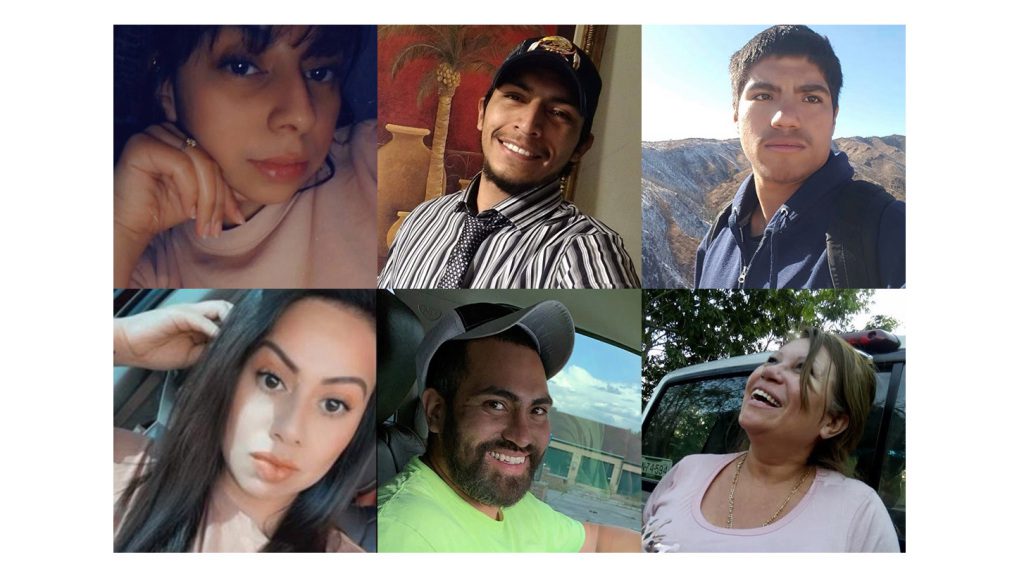 COLORADO SPRINGS — The man suspected of fatally shooting his girlfriend and five members of her extended family in a Colorado Springs mobile home had a history of jealous, controlling behavior and opened fire at the family’s birthday party in part because he was upset he wasn’t invited to the celebration, police said Tuesday.

Investigators believe Teodoro Macias, 28, walked into a mobile home in the 2800 block of Preakness Way shortly after midnight Sunday and shot his girlfriend, 28-year-old Sandra Ibarra-Perez, and the five others in quick succession and in a deliberate manner, Colorado Springs police Lt. Joe Frabbiele said at a news conference Tuesday.

The suspect then killed himself, according to police.

“At the core of this horrendous act is domestic violence,” Chief Vince Niski said. “The suspect… displayed power and control issues. When he wasn’t invited to a family gathering, the suspect responded by opening fire.”

The suspect lived in Colorado Springs and had no criminal record, Frabbiele said.

Macias arrived at the Canterbury Park mobile home community by himself and entered the trailer, where seven adults and three children had gathered to celebrate birthdays. The suspect methodically shot six of the adults in quick succession, Frabbiele said.

The three children — ages 2, 5 and 11 — were in the main room of the home and witnessed the shooting, but later hid in one of the bedrooms. They were not physically harmed. One of the adults escaped the trailer unharmed.

Three teenagers who had been at the party left shortly before the shooting to get an item from a neighbor. They returned to the trailer just after the shooting and before police arrived, Frabbiele said.

Police received three 911 calls about the shooting, including one from inside the house from which dispatchers could hear rapid gunfire. When police arrived, only one injured person remained alive, but he died shortly thereafter. The killings left at least three children orphans, police said.

Police found 17 bullet casings in the mobile home and a semi-automatic pistol near the suspect, as well as two 15-round magazines. A local gun store sold the gun in 2014 to someone other than Macias, Frabbiele said. Police continue to investigate how and when the suspect obtained the gun, which was not reported stolen.

“Our family is not ready to release a statement at this time,” she wrote in a message. “Please allow us some time to grieve.”

The Mother’s Day mass shooting is one of the deadliest in state history and happened just seven weeks after a gunman killed 10 people at a grocery store in Boulder. It is the deadliest shooting in Colorado Springs history, Mayor John Suthers said.

“In Colorado, we’ve had domestic terrorism incidents where lots of people were killed,” Suthers said. “We’ve had random acts like going into King Soopers or a movie theater. But let’s not forget about the lethality of domestic violence.”

Outside the victims’ mobile home Tuesday, a handful of neighbors and strangers visited a small memorial outside the trailer, despite the rain and sleet. They added flowers and balloons to the table outside, already filled with candles, teddy bears and photos of the dead.

Jerry Torres made the sign of the cross as he approached the table and said a small prayer. He called 911 the night of the shooting after he heard gunshots from his home a few trailers away.

He heard screaming at first, he said, then silence.

“That’s when I knew they were all gone,” he said.