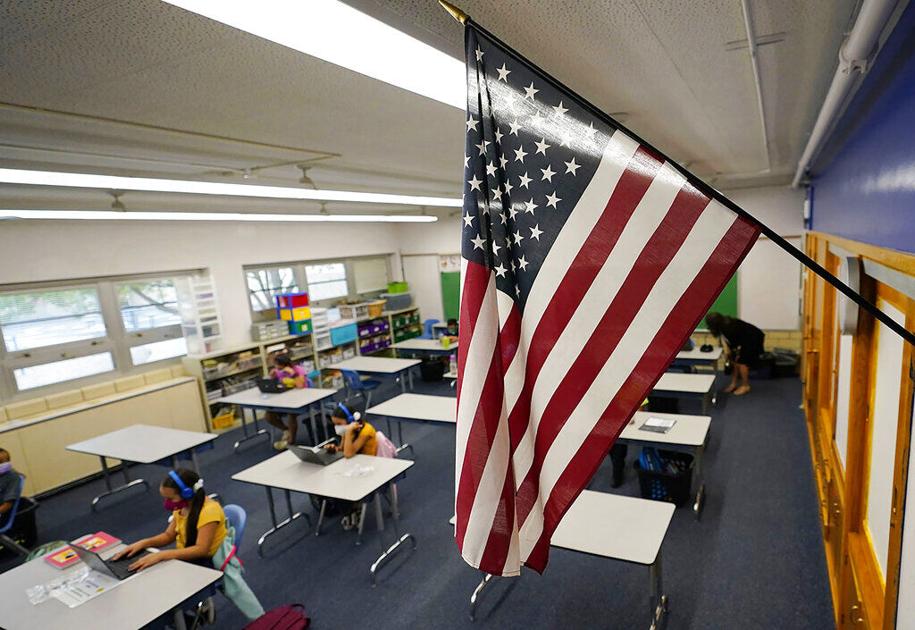 If you have free time on your hands, there’s something you can do to help combat the negative effects of the coronavirus pandemic on the community, local school districts contend: Sign up to substitute teach.

School district representatives across the Pikes Peak region say the need for subs has never been greater, with many on their “guest teacher” rosters retired, elderly and therefore high risk for the sometimes deadly virus, unwilling to take a chance.

A lack of substitutes contributed to the need for many area districts to switch to remote learning during the latter part of the fall semester — in part because of a lack of staff related to coronavirus quarantines.

A fifth of Colorado Springs School District 11’s pool of substitute teachers have said they won’t substitute this year, district spokeswoman Devra Ashby said. Compounding the problem is that “we share much of this sub pool with all the other area districts,” she added.

“We’ve asked for anyone willing, qualified and interested to please consider subbing this year,” Ashby said. “To date, we’ve not been able to fill our classroom needs, though, which is a primary reason we moved to remote learning during this time.”

The need for subs is “the largest it’s ever been,” said Allison Cortez, spokeswoman for Academy School District 20, the area’s largest. “We have a deep substitute pool, but when you pick up the phone and say, ‘Can you substitute?’ on the other end of the phone call there’s some hesitation.”

Widefield School District 3 has experienced a substitute teacher shortage for years, “but the pandemic has definitely heightened that,” said Kirk Vsetecka, executive director of human resources for the district.

“We still have the same kind of numbers on our roll, so to speak, we just don’t have as many accepting positions, especially with spikes in COVID cases in the region,” he said.

As a substitute, “you work when you want to work,” Vsetecka added. “Very few actually resign, they’re just placing themselves on hold until things clear up.”

Local districts are making extra efforts to recruit subs, from launching awareness campaigns, as District 20 has, to boosting pay, like Harrison School District 2. This year Harrison has allowed its schools to use a number of its paraprofessionals to act as subs.

“We liked this approach, as the staff member was often familiar with the students, they knew the systems in place for their school, and they had relationships with colleagues who could assist them when necessary,” Harrison spokeswoman Christine O’Brien said, equating schools’ creativity in adapting to the pandemic to that of restaurants, which “have taken clever approaches to curbside delivery and outdoor dining.”

Widefield has asked teachers to cover for absent colleagues during their planning periods, and is using local college juniors enrolled in a teaching program to boost its ranks.

The state introduced a new type of substitute teaching authorization specifically for the 2020-2021 school year. It requires only a high school diploma or equivalent, in addition to being fingerprinted, and works at any Colorado district that will accept it, state education department spokesman Jeremy Meyer said. Such licenses, are valid through June 30 only, he added.

The state recently revised its quarantine guidelines, a move Gov. Jared Polis said will make it easier for districts to keep schools staffed.

In November Polis convened a working group aimed at getting Colorado students back to school “as much as possible, as uninterrupted as possible.” A “roadmap to in-person learning” released by the group last week cites a need for additional staffing to “ensure schools can operate during staff quarantine periods,” but doesn’t offer any further details or recommendations.

All major Pikes Peak area districts plan to have students return to school virtually in January before phasing in a return to in-person learning later in the month. They’re doing so at the behest of county health officials, who said such a delay “might be prudent,” allowing time for districts to see the impact of holiday travel on COVID-19 cases.

Schools will have an easier time staying open with a larger pool of ready substitute teachers, district officials say.

And such a pool would serve as a weight off educators’ shoulders, Cortez said.

“Educators are givers, and they will give and give and give until they don’t have anything left to give,” she said. “The ability to say, ‘I can take time for myself and my school isn’t going to shut down,’ will boost the social and emotional health of our teachers.”