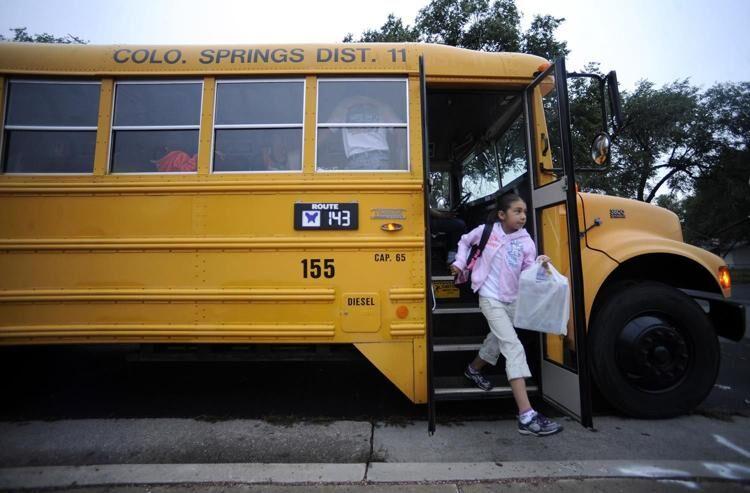 Colorado Springs School District 11 unveiled the long-term plan for improving its facilities Thursday, and it includes renovating, rebuilding and repurposing buildings and campuses.

Superintendent Michael Thomas and several key personnel in a virtual news conference outlined the district’s $1 billion Facilities Master Plan, which aims toward enhancing and modernizing learning spaces in the city’s oldest school district. The plan is the culmination of dozens of meetings among several committees during the past year, as well as a concerted community-outreach effort to ensure the plan aligned with the needs of students and their families, Thomas said.

“As our city continues to grow at a very rapid rate, we aspire to grow in a very parallel fashion to make sure that we are relevant to this community not only today, but for generations to come,” Thomas said.

The projected total cost of the plan is just over $1 billion, but the costs will be spread out over time, Thomas said.

The plan calls for significant spending on about 30 schools, rebuilding or renovating 15 campuses, and repurposing five campuses, the superintendent said. It has a completion timeline of five to 10 years, but may take longer, district officials said.

District employees teamed up with outside contractors to assess all the district’s facilities and identified just over $700 million in necessary repairs.

“We have an aging infrastructure,” said capital programs manager Josh Chism, who noted that many of the district’s academic buildings are more than 60 years old. “This plan seeks to provide improved spaces for our children to learn and grow in.”

But he said some of the district’s 50 buildings are in such disrepair that in some cases it could be more cost-effective to buy a new building.

“If you have a car that’s worth $3,000, and the transmission goes out and costs $2,000 to replace, it might be a better investment to go ahead an buy a new car,” Chism explained.

The Buena Vista, Taylor, Edison, Henry, and Queen Palmer elementary school campuses are slated for repurposing, and the school operations themselves relocated and/or realigned, officials said. The Galileo School of Science and Math is  to house a new elementary school for students from Queen Palmer and Taylor. Horace Mann Middle School’s facility, which currently houses Stratton Elementary, will also become the new home of Edison Elementary, Chism said.

The new locations of Galileo and Mann have yet to be determined.

Other buildings will be outfitted with structural and systems improvements, said Terry Seaman, executive director for facilities operations. One of the more pressing needs is improved air handling systems. About 25% of the district’s students spend their days in classrooms with insufficient ventilation or air conditioning.

“We need to create safe, warm, dry spaces for our students to learn in,” Seaman said.

He added that the improvements, while initially costly, will save money in operational and repair costs over the long term.

Deputy superintendent David Engstrom said the district has taken great pains to ensure that the facilities master plan coincides with the academic master plan, which is designed to attract and retain students, make learning more equitable, and provide clear pathways to graduation and beyond.

The district intends to renovate the high schools that are aligned with the state’s Career and Technical Education program that trains students in career fields that don’t always require a college degree. The program is designed to give high school students a chance to start a career immediately after graduation and to meet local business demand for qualified employees.

All the improvements should work together to make District 11 a more modern, attractive and effective learning cornerstone, Engstrom said.