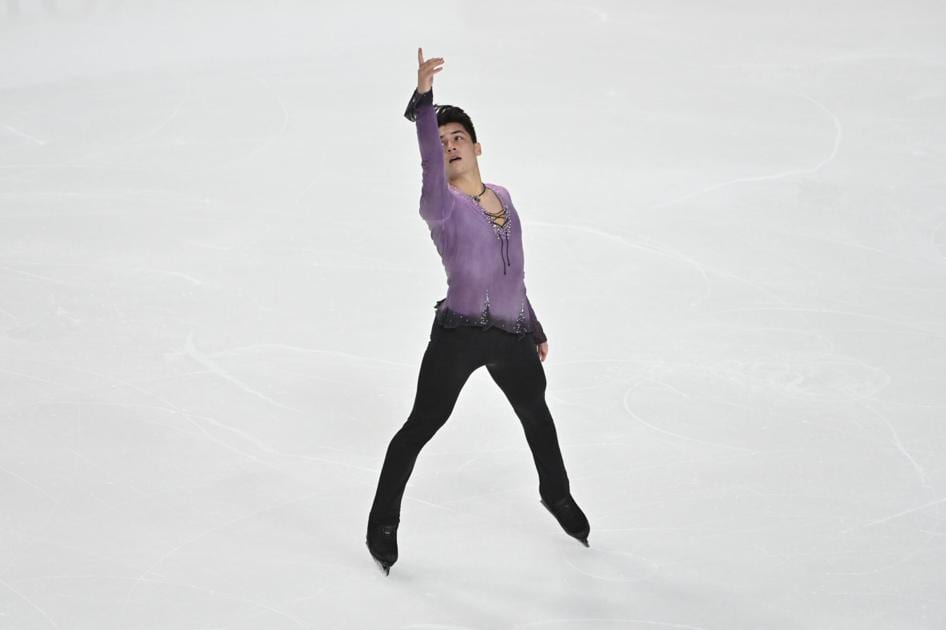 When Camden Pulkinen wore gold as U.S. junior national champion in 2018, he envisioned himself being further in his progression by this point in his career.

Pulkinen, a Colorado Springs resident since 2016 and a part of The Broadmoor Skating Club, has an opportunity to change that this weekend at the U.S. Figure Skating Championships in Las Vegas.

“I would have hoped to have a podium finish by now,” said Pulkinen, who finished 12th and seventh in his first two appearances in the national championships in 2019 and ’20.

“Eventually I’m sure I will reach my goals, it just may take a little more time.”

Pulkinen, 20, will be among 17 competing for the U.S. championship, beginning with the short program on Saturday afternoon at the Orleans Arena. He’ll be the second-to-last competitor to take the ice, between four-time defending U.S. champion Nathan Chen and Jason Brown, a member of the bronze medal American team in the 2014 Olympic Games in Sochi.

But instead of portraying urgency to bolster his stature in the sport, Pulkinen seemed calm following a practice session on Friday.

He talked about his business classes at the University of Colorado at Colorado Springs. He was considering switching his major from business finance to business accounting, but he can’t envision a life in an office as an accountant all day. He hopes to skate through 2026, then move on as a skating coach, investment banker or finance or something else he hasn’t yet found.

“In my mind, I go to school because I want to see what else there is in the world other than skating,” he said. “But I also really want to stay in this amazing, small community of figure skating.”

Pulkinen said his approach this week is grounded in gratitude. In the past year he’s seen ice time slashed for some periods because of COVID-19 and competitions canceled. Even now, a crowd won’t be present but he’s found he can take energy from the faces of cardboard cutouts and piped-in applause over the arena’s loudspeakers.

Again, not exactly what he envisioned. But he’s OK with it and the opportunity it presents.

“I’m definitely viewing this event in a different light than any other nationals, because we’ve seen this season that competitions are not to be taken for granted,” Pulkinen said. “I’m viewing this as an opportunity and a blessing.

“I’m looking forward to hopefully ranking higher than last year at this nationals and continue to improve toward my goal of making the U.S. Olympic team.”