Colorado Springs’ recovery of jobs on fast track, No. 1 in state 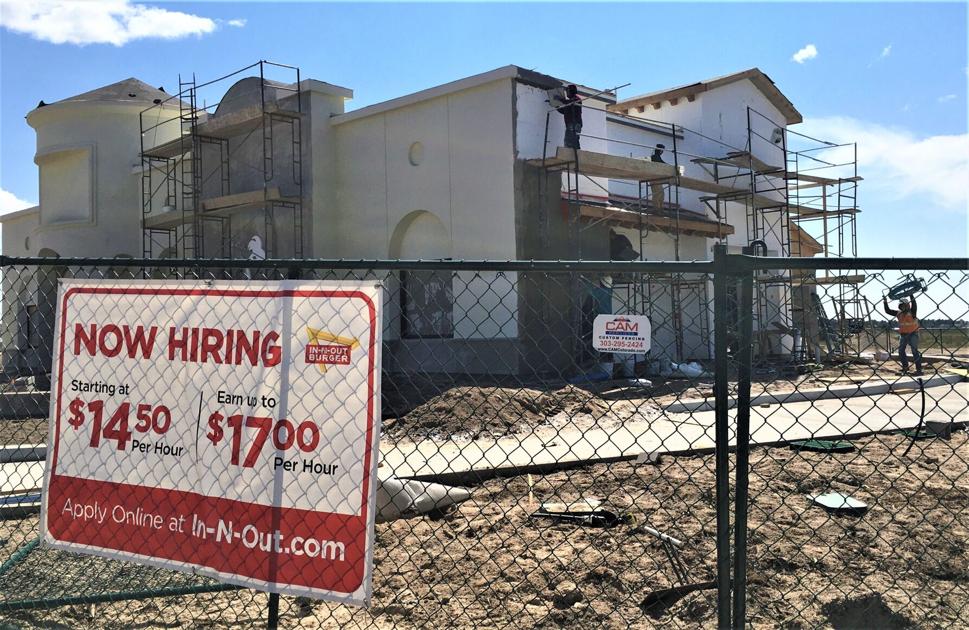 The Colorado Springs area has recovered nearly 90% of the jobs it lost during the COVID-19 pandemic and is on track to recover the rest by next month, if employment growth continues at the current rate.

The local job market is recovering faster than the state, nation and any other metro area in Colorado, according to a pair of analyses by Ryan Gedney, senior economist for the Colorado Department of Labor of Employment. Through last month, the area has added back all but 4,000 of the 38,700 jobs lost in March and April 2020 and has added 8,800 jobs in the first four months of the year — an average of 2,200 a month.

“Colorado Springs will reach full recovery much sooner than the rest of the state, should current trends continue,” Gedney said. “Employment is recovering faster than expected because this has been a health-related recession and the recovery is driven by controlling the spread of COVID-19 and widespread vaccination of the general public, aided by widespread (economic) stimulus.”

Gedney’s job recovery forecast is based on April payroll numbers the department released last week and estimates of revisions expected to be made next spring in monthly employment numbers. Those revisions come from data in unemployment insurance reports most employers are required to file quarterly with the department, which are considered to be more reliable than the monthly numbers based on surveys of employers. The reports are for the fourth quarter and Gedney adjusted the monthly data for the first four months of this year based on the fourth-quarter numbers.

“After 1½ years of bad news, this is certainly welcome,” said Tatiana Bailey, director of the University of Colorado at Colorado Springs Economic Forum. “Colorado Springs is outperforming the state and the nation in its job recovery and this a due in large part to the defense industry since military spending didn’t decline, other professional jobs, which are mostly in technology, and the pent-up demand we are seeing in tourism. I certainly didn’t expect us to be at 90% at this point.”

The Denver area has recovered nearly 73% of the nearly 200,000 jobs it lost during the pandemic and is adding more than 10,000 jobs a month so far this year. That means Denver will recover the remaining 54,500 jobs by September, if job growth remains at the current rate. Denver’s job recovery rate ranks second among Colorado’s seven metro areas but trails rural areas, which have recovered nearly 80% of the 59,300 jobs lost during the pandemic. Among other Colorado metro areas, Fort Collins and Grand Junction are just above 70%, Boulder is just over 50%, Pueblo is just above one-third and Greeley is barely over 20%.

Gedney said he is encouraged that the state’s jobs recovery is widespread across many of the Colorado’s major economic sectors, including health care, other services and business and professional services (which includes many of Colorado’s defense contractors). Financial services; transportation, warehousing and utilities and retailing have recovered nearly all jobs lost or more jobs than were lost. Manufacturing and construction have recovered less than half of the jobs lost in the pandemic and information services, energy and government continue to shed jobs.

The quarterly jobs statistics also show the Colorado Springs area suffered a lower percentage of job losses last year than the state — the area lost 2.9% of its payroll jobs in 2020, while the state lost 4.9% of its payroll jobs. The local job loss rate in 2020 was not nearly as severe as it was during the Great Recession — the Colorado Springs area lost 4.3% of its payroll jobs in 2009, the peak of job losses during that downturn. That data also show area and statewide wages jumping more than 7% last year, which Gedney attributed to pandemic job losses hitting low-wage workers much harder than higher-wage workers.