Colorado Springs prepares for tens of thousands of electric cars 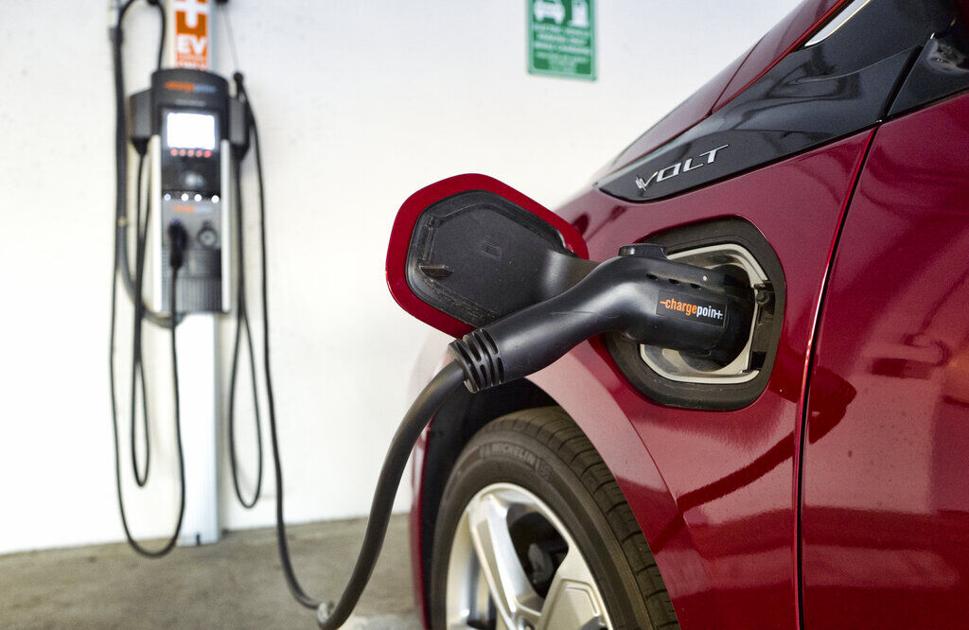 As electric vehicles are poised to give gas-powered cars more serious competition, Colorado Springs Utilities is evaluating whether to install and maintain electric vehicle charging stations that could go up across town at destinations such as libraries, universities, shopping centers and in parking garages.

Colorado Springs residents own about 2,300 electric vehicles and that number is projected to “explode” in the next two to three years, particularly as new residents move into the city from other areas such as California and Texas, said Khaled Salem, distributed energy strategies engineer supervisor with Colorado Springs Utilities. Electric cars have also been falling in price nationally and automakers are set to release many new fully electric SUV and truck models, including a Ford F-150 pickup expected to be released in 2022.

Colorado residents are projected to own between 90,000 and 130,000 electric vehicles by 2030, said Jillian Jaeger, who is managing the city’s Electric Vehicle Readiness plan.

The state’s goal is to see 940,000 electric vehicles on the road across the state by 2030 to help lower greenhouse gas emissions.

Colorado Springs Utilities had been forecasting 50,000 to 300,000 electric vehicles hitting city roads over the next 30 years. Now that number is expected to be much higher, although the projections have not been finalized, said Michael Avanzi, manager of Energy Planning and Innovation for utilities.

The Electric Vehicle Readiness Plan that the city and utilities are working on is expected to project the number of cars the city can expect over time, identify charging stations that are needed and where they should be put in among other other aspects of the transition to electric cars.

Other utility companies are also preparing for the influx of electric car demand. Xcel Energy, one of the two-investor owned utilities in the state, is planning to invest $110 million in electric vehicle programs and infrastructure, such as charging stations.

More charging stations could help overcome one of the main concerns for electric vehicle buyers – range, said Michael Manning, general manager at Daniels Long Chevrolet. For example, the new Chevy Bolts have a range of 260 miles, which is plenty for running errands all day around town without stopping for a charge, he said. But drivers must be more conscious of available charging stations on longer road trips, and how the weight in the car and terrain might lower the total range, he said.

Colorado is behind other states, such as California, when it comes to widespread electric vehicle charging stations that could put drivers at ease, Manning said.

“I would like to see them at Walgreens, at Walmart,” he said.

Wilson Hitchings, a Tesla Model S owner, said he generally charges his car at home overnight and relies mostly on Tesla’s international network of Supercharger stations when he travels. The car doesn’t require regular maintenance and has self-driving features — it can back itself out of the garage.

“It’s the best car I have ever had,” Hitchings said.

Most electric car owners with access to an outlet at home in Colorado Springs won’t need charging stations at shopping centers because their cars will likely have plenty of range, he said. But those living in apartments and condos could benefit from the chargers near their workplaces, he said.

The city also needs additional Level 3 chargers, which can quickly get travelers on their way, said Hitchings, a member of the stakeholder committee helping utilities prepare for electric cars.

Colorado Springs has about 100 public electric charging stations and most of them are provided by third-party vendors, Avanzi said. The city could need between 7,000 and 10,000 charging stations by 2030, Jaeger said.

“We anticipate that many residents will be able to charge their electric vehicles at home, but also want to be proactive in terms of providing public stations for travelers of longer distances or for those EV drivers that might not have a private charging option,” she said in an email.

Utilities would like to build and maintain some of the new electric charging stations that the region will need in part because it would provide the electricity to those charging stations and it could manage them well, Salem said.

Because Colorado Springs Utilities is owned by the city, the charging stations would pass along the cost of the service to the customer, which could be a market advantage, Avanzi said.

If the Colorado Springs Utilities board, which is also Colorado Springs City Council, approves, utilities could start setting up new charging stations in the second half of next year, Salem said.