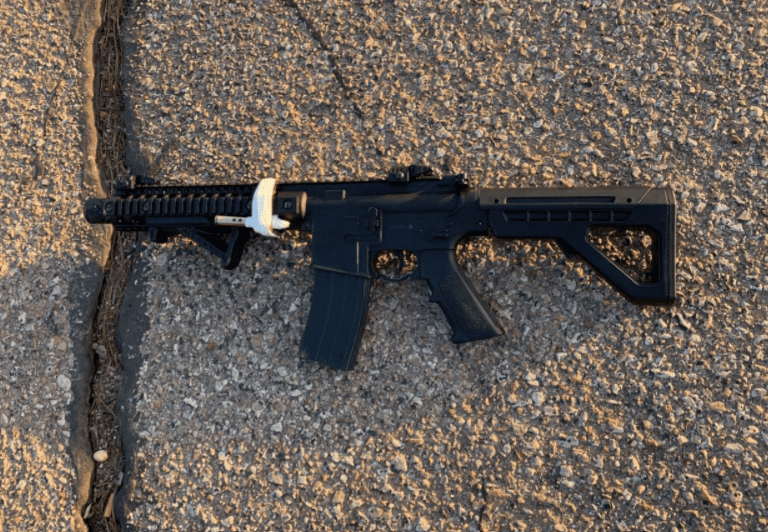 An April police shooting of a man suspected of toting what appeared to be an AR-15 rifle and threatening to detonate a bomb was ruled justified, the 4th Judicial District Attorney’s Office announced Friday.

Colorado Springs police officer Christopher Burns fatally shot Richard Lee Quintana after Quintana tried to enter a bystander’s vehicle with what was thought to be an AR-15 rifle while making threats about detonating a bomb in the parking lot of a gas station off Garden of the Gods Road on April 22. The District Attorney’s Office determined Burns acted within the best interest of the public with “reasonable belief” that Quintana posed an “imminent danger.”

As part of a specialized detail looking for stolen cars, Colorado Springs police officers spotted a vehicle with a missing license plate in the parking lot of the Quality Inn and Suites on Garden of the Gods Road the morning of April 22 and tried to approach the vehicle.

The driver, Quintana, sped off, but got stuck in shrubbery. He then exited the vehicle with what police believed was an AR-15 rifle, placed it under their chin, and began to walking across the parking lot toward the nearby Phillips 66 gas station.

More officers were called to the scene as Quintana tried to approach the gas station. He was blocked by officer Burns. Quintana switched directions and started to approach a person pumping gas into a car. The person ran as Quintana continued to make bomb threats.

As Quintana reached the bystander’s vehicle officer Jack Olson tased Quintana, but the taser was “ineffective.”

Quintana then tried opening the door of the car when officer Burns fired two shots from his AR-15 rifle hitting Quintana once. Paramedics began to treat Quintana “within seconds,” and he was transported to a hospital where he later died.

Because Quintana posed an imminent threat and “no-less lethal options were available” Burns’ actions were justified, the DA’s office said.

It was later determined Quintana’s weapon was a BB gun.