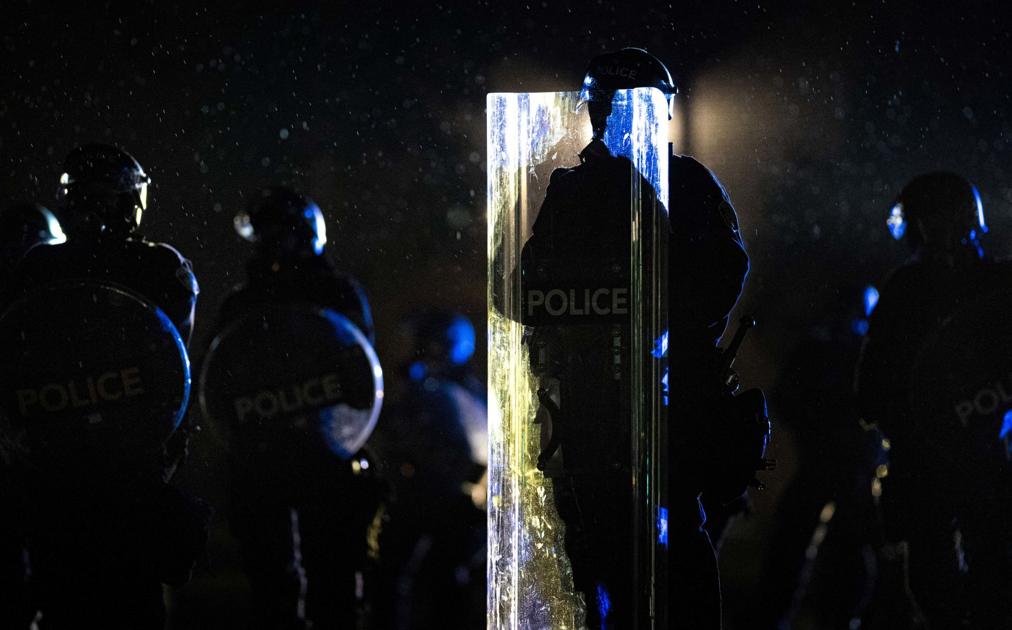 It’s a problem that isn’t unique to Colorado Springs, according to media reports, and one that advocates say goes beyond the Black Lives Matter demonstrations that erupted after recent police killings of Black people, including George Floyd in May.

The Colorado Springs Police Department’s goal is to have 800 uniformed officers by 2022. To reach that goal, the department is adding 120 officers. However, with only 33 recruits in the upcoming Police Training Academy class instead of the expected 45, the department would need classes of 72 going forward to meet its hiring goals, Niski said.

“We are planning to do whatever we can to get to that 120 for 2022,” he said, adding that doesn’t mean that standards would be lowered.

The department may hire some officers from other communities as long as they aren’t leaving because of accusations of misconduct or other issues, Niski said.

According to a Washington Post report, police departments across the country are struggling with recruitment, attrition and a feeling of being “under siege” following the widespread protests sparked by the death of Floyd, a Black man killed by a white Minneapolis police officer who knelt on his neck for nearly nine minutes while be pleaded that he couldn’t breathe.

That’s further exacerbated by the coronavirus pandemic which keeps departments from holding job fairs or visits to local colleges.

Niski said his department plans, instead, to let potential recruits know there are openings through online ads and on billboards, among other strategies.

The department’s goal is to have a force proportionately representative of the community. That’s been achieved with Hispanic officers, but not with Black and female officers, he said.

One of the biggest challenges in attracting minorities, Niski said, is “convincing their families that this is still an honorable profession” because of the national atmosphere.

Niski said in an earlier interview with The Gazette that the department has seen a declining number of minority members on the force and believes it’s driven by a diminished perception of police that started after police shot and killed Michael Brown, an 18-year-old Black man, in Ferguson, Mo., in 2014.

“We get accused of not having enough minority members on the department and we can’t attract enough applicants to fill those jobs. That’s the difficulty right now,” Niski said, in an interview.

CSPD received 1,045 applications from eligible candidates and 77 were selected for its March 2020 and January 2021 academies.

According to the department, the following eligible candidates were selected:

Thirty two applicants did not identify their race.

Martin Lewis, a Black man who considered joining the Colorado Springs police force in 2019, changed his mind after De’Von Bailey was shot in the back by police, an action later ruled justified by an El Paso County grand jury.

Lewis attended meetings with the police after the shooting and said in a video he posted on the Facebook page of group he co-founded, Colorado Springs Oversight, that the answers he was given in defense of Bailey’s death were “subpar.” After his experience with the shooting, he decided to become an advocate for change.

“Something that stuck with me was them saying that: ‘standards change depending on the situation.’ … Just being a solider knowing that standards never change, they are what keep you together, what keep everything right in chaotic moments,” he said.

Lewis has also spoken with Niski about how the department could improve its recruitment among minority groups, he said.

“I told him it starts with actions and how they deal with situations that involve people of color,” he said.

The Police Department needs to have a zero tolerance policy when it comes to police brutality against people of color, if it wants to improve recruitment among those groups, he said.

Nationally, 58% of Americans say police do an excellent or good job of protecting residents from crime, according to a July report from the Pew Research Center. It also found 35% of American believe police do a good or excellent job in using the right of amount of force in each situation, down from 45% in 2016, and 34% believe the police are treating racial and ethnic groups equally, down from 47%.

The Colorado Springs Police Department has seen some officers retire early because of the current climate. Last year, the department lost 49 officers to attrition and it has already lost 49 this year, Mayor John Suthers said.

Locally, a company that does polling for the Colorado Springs Police Department has found that the majority of the community trusts the police and August was the highest month of trust in the last six months, Niski said. However, city staff know that there are segments of the community that have less trust than others, Suthers said.

The city is hiring a diversity outreach coordinator to help assist all departments with recruitment, Suthers said.

Rosemary Lytle, president for the NAACP of Colorado, Montana and Wyoming, said recruiting a diverse police force is not a new challenge, but systemic.

“We know that policing is one of the few professions where your parents, who are Black, would sit down their children, who are Black, and have the classic ‘talk’ with them about how they should interact with police. It is not an uplifting and encouraging talk. It is one that is based on experiences, overreach and quite frankly, in many cases, fear and in some cases, resistance,” she said.

“When you’re committed to inclusion, you can find diversity and I’m just not sure that that commitment to inclusion is real,” she said.

The city recently formed a new Law Enforcement Transparency and Accountability Commission to help review police data and suggest reforms to the City Council, a step Niski told council he supports. Niski plans to assign Mike Velasquez, a commander with the Professional Standards Division, and a data expert as liaisons to the commission, he said.  However, he asked everyone involved to have an open mind about it.

“Don’t go into this with a predisposition that CSPD is broken,” he said.