Colorado Springs police receive awards for heroism during the pandemic 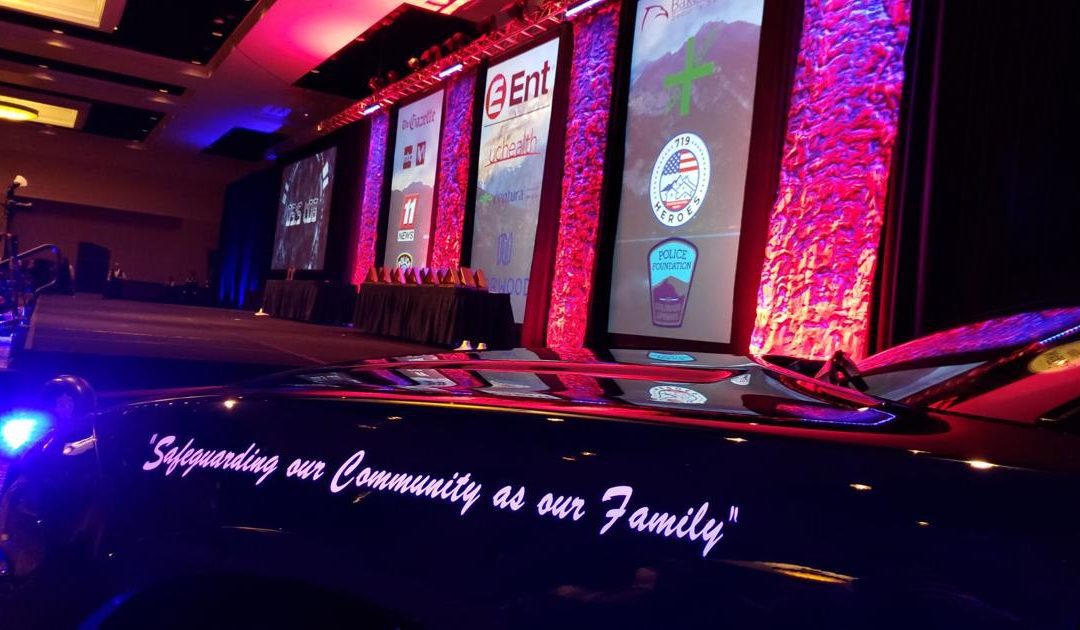 On his fourth anniversary of becoming an officer with the Colorado Springs Police Department, Beau Becker didn’t anticipate his day to go the way it did.

Instead of a celebration, Becker spent the latter part of his day, and the next three, in a hospital bed, after he was shot during a traffic stop by a man wanted by police for months.

On Thursday, Becker received a Purple Heart and a Medal of Valor, the department’s highest honor, along with his partner, officer Christina Mattox.

While everyone has struggled during the COVID-19 pandemic, police chaplain Bill Grimes said during the 35th and 36th annual Medal of Valor dinner at Broadmoor Hall that the city’s officers have faced a special hardship — serving a community that was mostly shuttered indoors, but that still needed their help.

“You didn’t get to work from home,” he told officers Thursday evening.

In all, 52 officers were honored for their acts spanning 2019 and 2020, after the pandemic postponed the department’s ceremony lauding their officers last year.

Officer Brock Lofgren had just finished a domestic incident call on Jan. 12, 2019, and was looking car to car for stolen license plates in a parking lot, and found a man sleeping in a gold GMC truck. When he ran the truck’s plates, he found the plates had been stolen, and called for backup.

Help arrived quickly, and the officers positioned their cars to box the man’s truck in, blocking his escape. Instead, when Lofgren tried to pull him out, the man started the car and slammed into Lofgren’s cruiser.

Officers got a hold of the man, and were struggling with him when Lofgren saw him pull out a hatchet. Lofgren immediately reached for his pistol, pulling it out of its holster and shot the man, police said. On Thursday, he was recognized for his quick thinking under pressure with a Medal of Valor.

In March of 2019, officers responded to a report of a wanted man barricaded in a home in east Colorado Springs. The man told police he was armed and had a hostage, and was ready to kill them both if police entered.

Police negotiated with the man, and eventually made the decision to try to arrest him.

When officers rushed in, they tackled the man and wrestled the knife away from him. The woman who’d been taken hostage sprinted out of the bathroom, unharmed, and police were able to arrest the man without injuring him. One officer, Sgt. Larry Morgan, was stabbed in the wrist, police said.

Six officers were given Medals of Valor for the incident.

In November 2019, police received an unusual call — a young girl, armed with a knife, was threatening her mother. Officer Esteban Vickers responded to the call, and found the girl was armed with a long butcher knife.

As he negotiated with her, the girl told him she was okay, and wanted to give her mom a hug. When she got close to her, however, she brandished the knife and lunged at her mom.

Police were eventually able to calm the girl enough for Vickers to grab her arm and wrest the knife from her, police said. On Thursday, for his heroism, he was given a Distinguished Service Award.

Officers weren’t only recognized for acts while on duty, or just in Colorado Springs.

Four days after he’d gotten engaged, officer Gunnar Fisk was sitting at a restaurant in Florida with his family when he heard the sound of tires screeching. When he looked, he noticed a state trooper trying to pit a driver with his vehicle. As he watched, the driver got out and fled the officer on foot.

Fisk, wearing flip flops, decided to help the trooper, tackling the man and helping to subdue him before other police arrived on scene, police said. Fisk was later phoned by the trooper, who told him he’d saved his life.

One day, in July 2019, officer Douglas Wolfe, who on Thursday received a Distinguished Service Award, was called to a woman who’d been kicked out of her house, and was struggling to get back in. Soon, the woman’s husband, a veteran, emerged from the house, and told Wolfe that he was planning to commit suicide.

The man immediately ran into the kitchen and grabbed a folding knife and began cutting himself. Wolfe reacted quickly, rushing in and disarming the man, police said.

“It does change how you think about the job a little bit,” Wolfe said. “We’re not just there to arrest, we’re here to help the community.