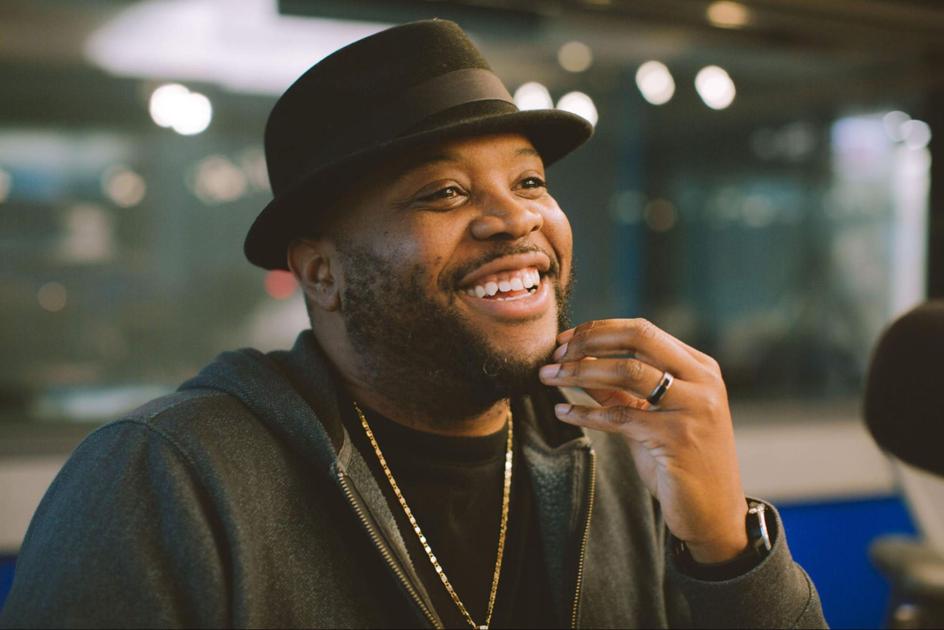 Artists want their work to be noticed.

Idris Goodwin, an award-winning playwright who took over as executive director of the Colorado Springs Fine Arts Center at Colorado College last year, was announced Wednesday as one of United States Artists’ class of Fellows for 2021. It came with a $50,000 cash prize.

“This is major to me. It feels really good. I’m really proud and so grateful,” says Goodwin, who’s also well-known as a break beat poet, theater director and arts educator. “It’s right on time in my career. I’ve taken the long way for sure. I’m entering a new chapter of being more multi-disciplinary and moving more into a space of being an advocate for the arts and other artists.”

When deciding on Fellows, United States Artists panelists were impressed with the diversity of Goodwin’s professional experience and career trajectory, noting his numerous accomplishments and the great potential for more.

“Our panelists noted the strength of Idris’ writing and within that, his nuanced approach and understanding of hip-hop,” says United States Artists Program Director Lynnette Miranda. “They were excited he wasn’t working in a very coastal major art city.”

Panelists also noted Goodwin’s commitment to access and community and thinking about new models and ways of working.

“He is very involved in that way,” says Miranda. “Panels looked at people paying it forward in their own practice. The work and artistic vision is the most important thing, but once they jury that, they talk about the impact and significant contributions, and this year Idris really demonstrated a marriage of both those things.”

Founded in 2006, the organization awards 40-50 artists around the country in all career stages and across 10 disciplines, including design, film and visual performance. This year 60 artists were honored, making it the largest number in the organization’s history, likely due to the pandemic’s deleterious effect on artists over the past year, says Miranda.

What makes the award different is the unrestricted nature of the cash prize, meaning the artist can do whatever they want with the money. Goodwin plans to take advantage of the year of paid financial planning the organization offers fellows, and work to build his estate for his family, which includes two children, who are 8 and 17-months-old.

Since its inception, United States Artists has selected seven awardees from Colorado, including Colorado Springs-based Senga Nengudi, a Black visual artist known for abstract sculptures that combine found objects and choreographed performance. She won in 2016. Stephen Scott, a CC professor of music and composer and founder of CC’s Bowed Piano Ensemble, won in 2008.

From 2012 to 2018, Goodwin taught playwriting, hip-hop aesthetics, spoken word writing and more in the CC Department of Theatre and Dance. From there, he left town and became the producing artistic director of StageOne Family Theatre in Louisville, Ky., before accepting his current position at the FAC.

His work has been produced across the country and recognized by the National Endowment for the Arts, The New York Times, National Public Radio and others. He’s performed his poetry on HBO’s “Def Poetry Jam” and PBS’ “Sesame Street,” and written award-winning plays, including “And in This Corner… Cassius Clay,” which received the 2017 Distinguished Play Award from The American Association of Theater and Education. Last year, TheatreWorks produced his new show, “American Prom.”

Several books of his poetry and essays also have been published, including the 2011 “These are the Breaks,” which was nominated for a Pushcart Prize.

Most recently is his solo play, “A Tribe Called Tubman,” which was commissioned by TheaterWorksUSA, a New York City-based company that creates theater for young and family audiences throughout the country. The show puts a 21st century spin on the life of abolitionist Harriet Tubman.

“It’s a reminder for me to remain in that space, do the work, tell the story, you’re a craftsman of story and a builder of platforms for others,” says Goodwin about the award. “You never know who’s watching. Rewards might come and it’s wonderful. It’s a great gift, a great motivator.”