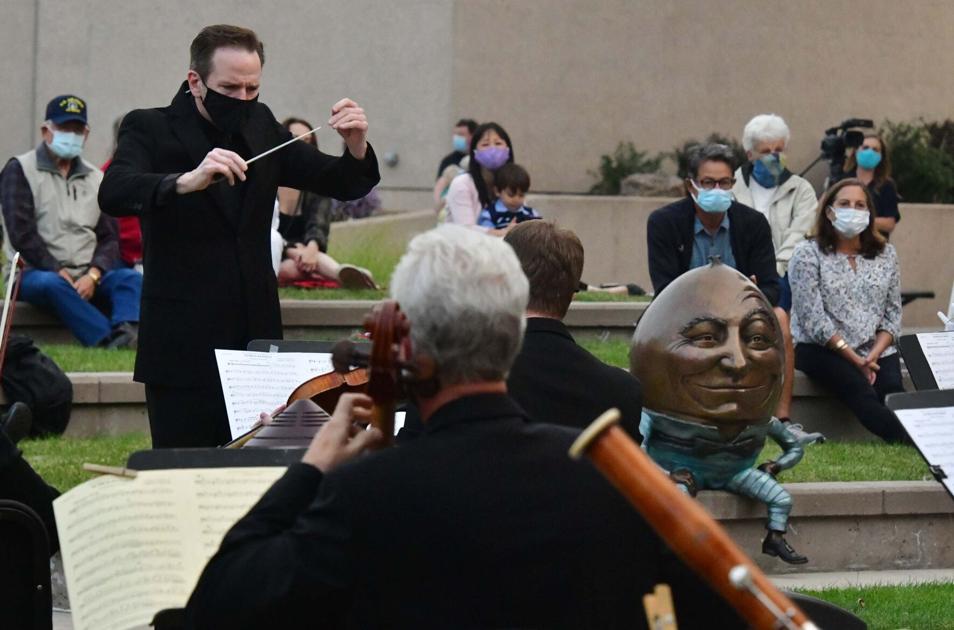 The Colorado Springs Philharmonic and its musicians still are at odds, but that doesn’t mean the music has stopped entirely.

While musicians continue to combat the September cancelation of their contract by the nonprofit’s board of directors, they’ve recorded a stockpile of small ensemble performances that feature different members of the orchestra for release every other week through Christmas on YouTube.

“We are committed to finding creative solutions to bring music to you, as members of our beloved community,” wrote the musicians in a press release.

The videos also are a way to stimulate interest in the group’s Press Play petition that asks the board to reinstate their contract.

“We have over 1,200 signatures in about a week,” says philharmonic bass trombonist Jeremy Van Hoy, chair of the Players’ Committee. “It’s a message to them. They can see how many people sign it.”

In April, the two sides forged a new five-year agreement that could have increased musicians’ pay almost 30 percent. It was canceled after the pandemic shuttered the orchestra’s new season, which would have opened Sept. 19, and caused revenue to nosedive. The board came back with an offer in September that included more than $700,000 in wages, continued pension contributions, monthly health subsidy payments and other benefits, but it was rejected by the musicians’ union . Van Hoy says the proposal undermined their April agreement and could have created a precedent for negating their contract.

The two sides met with a federal mediator, but couldn’t reach an agreement. Arbitration could be the next step, says Van Hoy.

Philharmonic President and CEO Nathan Newbrough says the board is ready to reenter negotiations as soon as musicians lift the legal threat that’s been in place since August. Arbitration is the end point of that threat, he says.

“We’re in the middle of a global pandemic and this is forcing everyone to adapt,” says Newbrough. “If those legal threats went through and were held up by an arbitrator or court, it would be an existential crisis for the philharmonic. This is not a simple circumstance. It’s upsetting and difficult. We are incredibly compassionate for the musicians.”