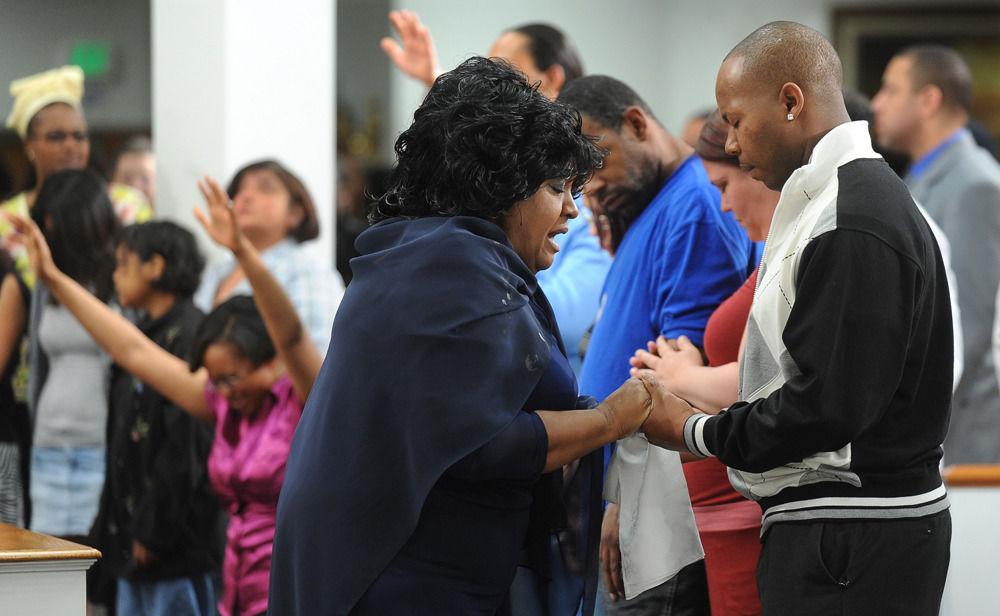 A Colorado Springs pastor and two of her sons are suing former parishioners, claiming they posted “defamatory, false and slanderous” statements on social media about her, her family and her church.

The lawsuit alleges that Terrelle Jackson and his brother, Dustin Jackson, past congregants of the Pentecostal Christian church, initially wrote untrue church-related information on Facebook in 2018.

Banks’ sons, Lamont, executive director of A Just Cause, a nonprofit criminal justice reform organization that started in 2005 in Colorado Springs, and David, also are named as plaintiffs.

Jackson’s posts claimed that Banks’ sons had inappropriate sexual activity with church members and that Banks’ ministerial work is fraudulent and corrupt.

“The allegations of misconduct, sex offenses, fraud and abuse are false,” the lawsuit states, adding, “None of the named individuals has even been found responsible, in either a civil or criminal proceeding, for any of the accusations made in these postings.”

Jackson, who moved to Texas last year, told the court in response that Banks and her family had launched a “smear campaign,” against him before they filed the lawsuit, by spreading a lie that he has AIDS. He also accused them of harassing him and “calling his phone nonstop.”

After filing a cease-and-desist order in April, demanding Jackson remove his comments from social media and not publish more, Banks said Jackson posted additional statements and a video that have damaged her personal and professional reputation and subjected her to public ridicule.

On social media venues that included Instagram and YouTube, Jackson called the church “a cult,” and said members are being “brainwashed” and are “a crazy bunch of people.”

Court documents say Jackson posted a photo of Banks online next to a photo of Jim Jones, an American preacher and cult leader who orchestrated a mass murder-suicide of himself and his followers in Jonestown, Guyana, in 1978.

In a two-hour video Jackson posted in July, he spoke of an alleged requirement of the pastor that parishioners had to make a personal “pledge” of money that was to be paid directly to the church or were threatened with being removed from the church.

Dustin Jackson reiterated his brother Terrelle’s claims, posting the following in  July: “We had to sign a sheet with our signature in the later years, and if you didn’t have it you were brought in front of the church and reprimanded,” according to the lawsuit.

The lawsuit asserts all the claims are libelous and slanderous.

This is not the first time church members have been involved in a legal dispute.

Banks, who prefers the name Sister Rose, according to her church’s website, claimed that federal authorities unfairly targeted six members of her predominately Black church in 2011, after a federal jury convicted the software executives of wire and mail fraud. The pastor continued to assert their innocence, including that of her son, David, alleging the prosecutions were tainted by racism and unfair tactics.

While serving time in a federal prison camp in Florence, five inmates from Colorado Springs Fellowship Church, including David Banks, sued the federal prison system claiming they were being denied the same religious privileges as Muslims, Native Americans, Vikings, Catholics and Mormons.

Lamont Banks was twice convicted of child sex charges that originated in 2005 in El Paso County. He spent seven years in prison before being released in 2015, after the Colorado appeals court vacated his conviction and sentence of eight years to life, citing insufficient evidence of his guilt.

Banks and her sons are seeking a jury trial for the current case. As the court schedule stands now, the parties are to present evidence by April 9.

A federal judge in September denied a motion for a preliminary injunction to prevent Jackson “from posting or disseminating any further statements, comments or otherwise publishing any remarks or observations regarding the named plaintiffs.”

The judge ruled last month that Jackson could not be prevented from speaking about the Bankses before a jury has determined that his comments made on the internet “were in fact false and defamatory.”