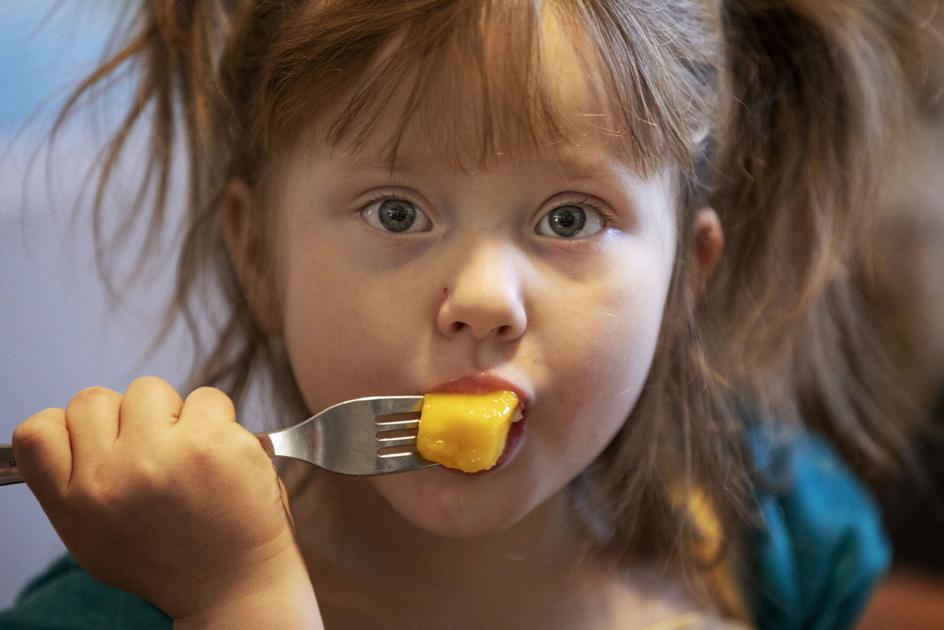 When her son was 3, Sarah Mascioli told him where bacon comes from.

To eat Porky Pig, or to not eat Porky Pig. Her son, now 8, said no thanks. Mascioli, a longtime vegetarian, maintained a cool facade, but inside she was jumping for joy at his decision.

At 3, she figured her son knew enough about animals and would also be cognitively developed enough to decide what foods he wanted to eat.

“I’d say they have to kill a pig to make that piece of bacon,” says Mascioli. “Do you still want to eat that? It was important for me to get consent to everything he put into his body.”

At the same time her son turned up his nose at eating animals, his dad was a full-on meat-eater. The situation could have been fraught. Friends wondered if he’d feed his son meat on the sly.

“We’re both people who respect him as a person even though he’s a child,” Mascioli says. “He’s voicing to us in his own words he doesn’t want to eat animals. We both understand to not force him to put anything into his body that he doesn’t want in his body.”

So what happens when a vegetarian and a meat eater join forces and bear offspring? Whose diet becomes the child’s diet?

Mascioli was already a vegetarian when she met her husband, who had no problem with her diet. Before they even had a child, they agreed to start him or her out on a meat-free diet and check in about their preference when they got old enough to make a solid decision.

“You’ve got to let a child have their own say,” says Mascioli. “I’m into supporting healthy attachment from birth. It’s being present and listening to them and taking into consideration what their thoughts and feelings are.”

The story unfolded a little differently at Lisa Unwin’s house. She was a longtime vegetarian who dabbled in veganism, but her husband and four boys ate meat. After having a fifth child and noticing the weight wasn’t dropping off like before, she began to research her diet and realized the junky vegetarian and vegan food she’d been eating, such as processed fake chicken nuggets and fries and Oreo cookies, a surprising vegan food, was doing her no favors. She cleaned up her diet and wondered why not her family’s, too?

“Why am I eating a big salad while my kids and husband are eating pizza?” says Unwin, who’s been vegan for the last five years. “They don’t need all that cholesterol and fat either.”

So she sprang the news on them: “Hey, we’re all going to be vegan.”

Unwin’s husband was supportive, though it took reading the 2006 book “The China Study,” which examines the connection between nutrition and heart disease, diabetes and cancer, before he was sold. He’s now been vegan for four years.

Her youngest sons were into it. Her oldest? Not so much. He continued to eat meat when they went out to dinner, but over the last year he’s come to terms with the dietary change and accepted it.

And her baby daughter? She’s been vegan since birth.

“One time my older boys told her people drink milk from cows and she fell off her chair laughing,” says Unwin. “She thought they were making it up and telling her stories.”

And once again, it comes down to a pig — the Unwins have a 100-pound pet pig.

“It’s clear we would never eat her or turn her into bacon and never have ham,” says Unwin. “That’s been a huge connection for them.”

Elsa Spencer, a nutrition professor at Piedmont Virginia Community College in Charlottesville, Va., recommends both parents become vegetarian or vegan if they plan to raise their children that way. Her 10-year-old son is vegan, though he’ll occasionally eat dairy products or eggs when he’s with his dad.

“Kids tend to go with the lowest common denominator,” says Spencer. “They’ll do what’s easiest or most acceptable. If there’s a choice and one parent isn’t doing it, they’ll go in that direction.”

She also advises parents to not worry so much about protein if their kids are 5 and younger and to not fall into the vegetarian trap of consuming truckloads of pasta. Make sure they eat some sort of bean or nut products once a day, she says.

“It’s different than teens. Under 5, I emphasize fat and deemphasize fiber,” she says. “Their brains are growing so fast they need fat at that age. I did a lot of nut butter and avocado. I drizzled oil on their food when they were that age. Grown-ups need fiber, whole grains and to be lower on the fat scale, but almost flip it for young children.”

And don’t offer too much information about the family’s diet choice. Spencer only answers questions. The topic is bound to come up eventually, maybe after their friends ask them about it or they see something on TV.

“I get asked more why do others eat them (animals),” she says. “I say they think they have to to get their nutrition. Clearly we don’t have to because we’re surviving. And if we don’t have to, then why cause more harm than we need to? All kids love animals. If you say we don’t eat them because we don’t have to and we don’t want to kill them, most kids resonate with that.”

Sometimes, though, a diet conversion doesn’t stick. Catherine Bobo Chavez was vegan when she got pregnant. A nutritionist told her to eat meat throughout her pregnancy, based on her husband’s Type O blood. Some say our blood types dictate the foods that work best in our bodies, and Type Os are said to thrive on a high-protein diet. Chavez looked forward to feeding her baby a “pristine diet,” she says, one that was plant-based. As soon as her son started to chew real food, though, he eschewed anything vegetable-related. He was a hardcore carnivore.

“It was such a downer for me that he didn’t take to veggies,” says Chavez, whose son is now 11. “He was disgusted by the texture. I felt very lonely and still do.”