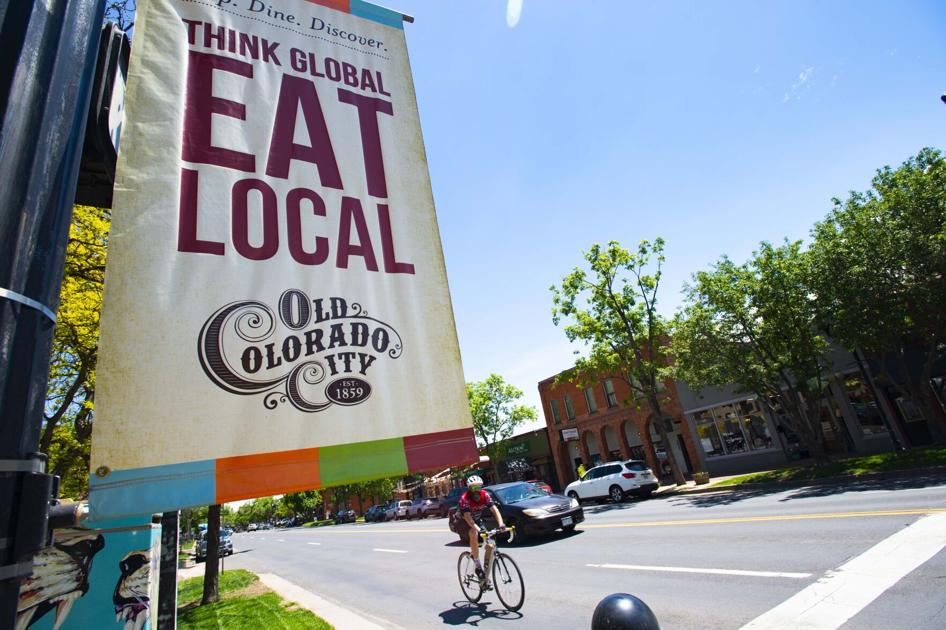 What if Colorado Avenue only had three lanes in Old Colorado City to make the area safer?

The lane reduction is one of the big ideas getting tossed around as part of a new city of Colorado Springs’ Midland Corridor Traffic Study that is examining Colorado Avenue from America the Beautiful Park to 31st Street. The analysis is also incorporating roads and bike routes from Highway 24 on the southwest edge to Pikes Peak Avenue on the northeast to improve safety, parking, transit, cycling needs and other infrastructure in the area.

Reducing Colorado Avenue’s lanes from four to one in each direction and center turn lane could address one of the biggest safety concerns for the area — speeding, said Sara Vaas, vice president of the Old Colorado City Partnership.

“It makes it feel really unsafe,” she said.

The lane reduction could leave room for more bike lanes, more parking and potentially more outdoor space for restaurants and other businesses, she said.

The city is open to the possibility of a lane reduction because the long-term traffic projections through 2040 show fewer than 18,000 vehicles per day will travel the corridor between 30th and 8th Streets, said Tim Roberts, transportation planning manager.

But the community needs to help determine the character of the road they want to see in the coming decades and answer big picture questions as part of a decision to reduce lanes and make other changes, he said.

“What’s the long vision for Colorado Avenue? Is it to serve U.S. 24 traffic passing through the neighborhood? It is to provide a more safe roadway for businesses and the neighborhood? Is this supposed to be an economic corridor tying Manitou Springs to downtown?” Roberts said.

“We have no parking in this downtown. It’s so limited, it’s unbelievable,” he said.

Surface parking along streets may not be able to meet the long-term needs of the area and the city may need to explore a parking garage for the area, Roberts said.

It’s unlikely that increased bus service could offset the needs for additional parking because it wouldn’t serve tourists, he said. But it is a priority transit corridor, he said.

Some recent city survey respondents have suggested a trolley, an idea that was recommended in a 1989 plan for the area as well, according to a city presentation.

As for improving cycling routes, Jerry White with Bike Colorado Springs said he would like to see a safe and well connected Midland Trail from Manitou Springs to downtown. One of the gaps of the trail between 21st and 25th Street is made particularly dangerous by the turn lanes off Highway 24 at 21st Street that don’t require drivers to slow down, he said.

“It’s a hazard and it’s uncomfortable,” he said.

One of the solutions could be a raised crosswalk in the turn lane to help slow drivers down, Roberts said.

A continuous Midland Trail has also been on residents’ wish list since 1989, along with a better intersection at 21st Street and Colorado Avenue, a city presentation showed. A potential lane-reduction along Colorado Avenue is also not a new idea, Vaas said.

White has more faith in the planning process this time because city officials are seriously talking about contemporary designs for bicycles and pedestrians, and that has not always been the case, he said.

“This one actually has a feel of strong potential for success,” he said.

Roberts said he can understand the frustration around previous plans not getting implemented. But some of the projects in this study set to be finished in September could be candidates for Pikes Peak Rural Transportation Authority money when it goes back to voters in the next few years, he said.

While the planning process marches on, residents can look forward to a few funded improvement projects in the area.

An overhead traffic signal that will be triggered by pedestrians and cyclists is set to be installed this year at 31st Street and Pikes Peak Avenue, Roberts said.

New bike stations are set to be installed as part of Pike Ride and a new roundabout at 31st and Fontanero streets could be put during 2024, among other projects.

The city is accepting feedback on its plans for Colorado Avenue and the surrounding area at coloradosprings.gov/project/midland-corridor-traffic-study.