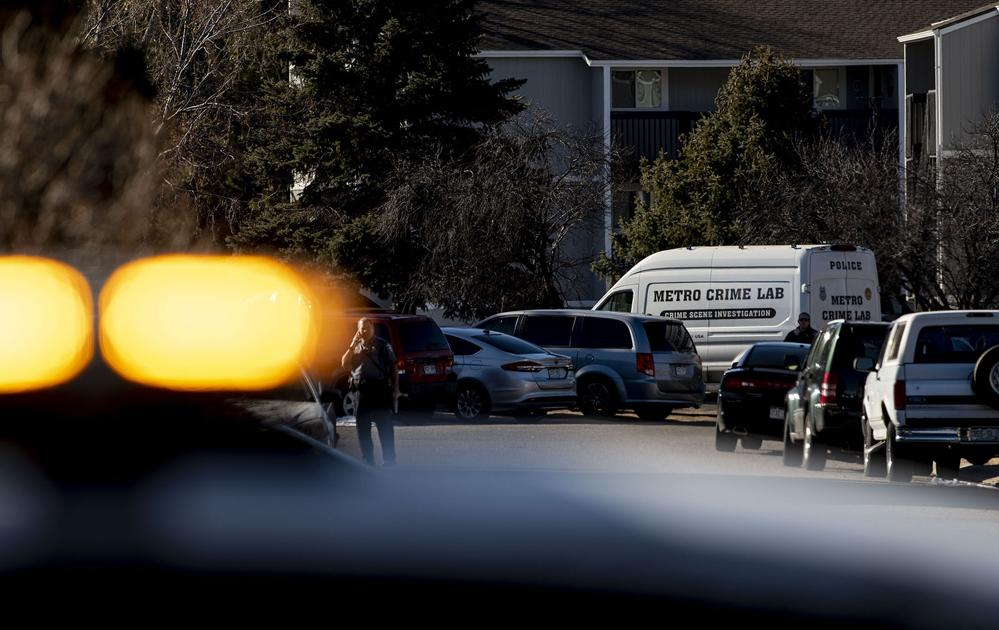 A mother who had stayed at her daughter’s home to protect her from her abusive husband sat at the bottom of the stairs in her daughter’s north Colorado Springs apartment, stab wounds to her face, neck and arm, uttering what would be among her last words, according to court documents.

“He killed my daughter,” Tamara Dunn told a police officer after Timothy Ray Scott stormed into the apartment in the early hours of the night last Thursday and killed his wife, 29-year-old Ann Scott, before fatally wounding Dunn.

Success! An email has been sent to with a link to confirm list signup.

Error! There was an error processing your request.


Dunn died at the hospital and Timothy Ray Scott, 28, was later booked into jail, police said. He was arrested Tuesday on suspicion of first-degree murder.

The Gazette previously reported a yearslong cycle of abuse between Ann Scott, also known as Annie Clark, and her husband. Not more than a week before the killings, Ann Scott filed for divorce from Timothy Ray Scott, records show. She had filed a protective order and reported her husband’s abuse to the police many times.

But an arrest warrant obtained Wednesday shed new light on the violence, when police say Ann Scott was fatally shot and Dunn, who tried to fend off her daughter’s attacker, was stabbed 16 times.

When an officer arrived shortly after 2 a.m., they saw Timothy Ray Scott walking away from the apartment before turning and going back inside, slamming the front door, an affidavit states. The front window was shattered and the metal grid beams were bent inward.

Dunn, who was also known as Tammy Jo Clark Dunn, lay at the bottom of the stairs, unable to move. Some of her wounds were so deep, they “exposed her spine and bone,” documents stated.

In an upstairs bedroom, the detective found Timothy Ray Scott propped against a wall, sitting partially on top of his dead wife. A semi-automatic handgun and two bloodied knives were on the floor and a butcher block with multiple kitchen knives was on the bed.

Timothy Ray Scott had a laceration on the front of his neck and was brought to the hospital, where he stayed for several days before he was booked into El Paso County jail. While in the ambulance, he grabbed an officer’s gun before he was restrained to the gurney, according to court documents.

Based on video from a Ring doorbell, police believe Timothy Ray Scott chased Dunn outside the apartment and dragged her back inside by the arms, consistent with drag marks found on her body.

Blood was found on neighbor’s doors, suggesting Dunn ran pleading for help before she was dragged back inside, the affidavit states.

Several neighbors told police they knew about the history of violence between Timothy Ray Scott and Ann Scott. One neighbor, who was also Ann Scott’s co-worker at J. Gregory Salon, said she had arranged a plan for Ann Scott to send a text message that read: “Hey.” if she felt unsafe, but the neighbor never received a message or call that night.

Dunn’s husband told police that the killings came shortly before the family planned to leave Colorado Springs to escape Timothy Ray Scott’s stalking and repeated violence. In the meantime, he said, Dunn had taken a leave of absence from work to protect her daughter and her husband, who had not been living at their apartment since his Feb. 5 arrest.

Court records show Timothy Ray Scott was booked into the El Paso County jail Feb. 5 after he was arrested on suspicion of violating a protective order, third-degree assault, harassment, child abuse and obstructing telephone service, all misdemeanors, after a physical altercation with his wife.

In the killings, Timothy Ray Scott is being held without bond, records show.