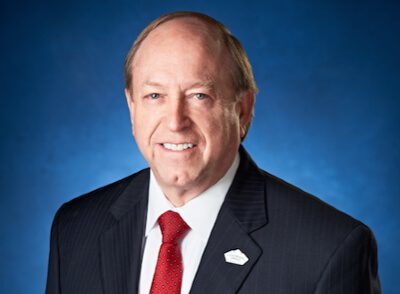 Colorado Springs Mayor John Suthers has had an illustrious career.

He has served as a deputy and chief deputy district attorney in Colorado Springs. He was an adjunct professor at DU School of Law, and scholar-in-residence at CU-Colorado Springs.

In 2001, he was appointed by President George W. Bush as US attorney for the state of Colorado and subsequently became the 37th attorney general for Colorado in January, 2005. Suthers held this position for 10 years, as the second longest-serving attorney general in Colorado’s history.

Suthers was elected mayor of Colorado Springs in May, 2015.

Mayor Suthers has this message for the Colorado Jewish community:

“Colorado Springs is a welcoming place and a great place to live. It is reputed to be evangelical, but in reality, all religions are well represented here. It is a privilege to have grown up here.”

Suthers has taken two trips to Israel, in 2006 and 2011. In 2006, he reports, he was privileged to meet with acting Prime Minister Ehud Olmert, who had taken office only two days before, taking the place of the ailing Ariel Sharon, felled by a stroke.

His visit to Israel in 2011 was as a participant in the attorney generals’ trip sponsored by the America-Israel Friendship League.

Suthers had planned to revisit Israel last year, but had to cancel due to the pandemic. He has not made new plans for a visit.

Mayor Suthers lists, as one of the highlights of his Israeli visits, meeting with then-President Shimon Peres in his home in Jerusalem. He remembers the walls covered with photos of Peres’ history.

During their conversation, he learned that the Arab Spring was more an economic protest than one of religious fundamentalism.

Another of his fondest memories is his conversation with Natan Sharansky, whose autobiography he has read.

Suthers “loved Masada.” His visit there was led by a top private tour guide who had previously worked with President Bush.

Mayor Suthers, a religious Christian, lays claim to close connections to the Colorado Springs Jewish community. He has spoken at the Orthodox Chabad shul, as well as the Conservative-Reform Temple Shalom and the Reform Temple Beit Torah.

He participated in 18 meetings through Colorado Springs’ Illumination Project to promote better communication between police and citizens.

He recalls the community meeting vigil after the August, 2017, vandalism of Temple Beit Torah as the largest of its kind in the city.

Suthers’ inspiration for locating the National Cyber Security Center in Colorado Springs stemmed from a visit to Israel by then-Gov. John Hickenlooper. Hickenlooper argued that Colorado Springs was the best place for the center as a pivotal intersection of military, educational and private cyber-companies.

The NCC, including its branch Space Information Sharing and Analysis Center, is now a “going concern” in Colorado Springs and is the go-to organization for cyber security and information nationwide.

Suthers’ proudest accomplishment during his tenure as mayor is overcoming the stagnation and recession of 2015.

The city of Colorado Springs had a budget deficit of $1.5 billion at that time, which Suthers says was eliminated in six years.

Suthers thanks voters for twice approving special sales taxes for roads and infrastructure and solving legal problems for the city.

Suthers says that Colorado Springs can boast one of the best incidences of job creation in the country. He is also proud of the fact that the city has no stormwater fee. His biggest challenge at this time is keeping up with the city’s growth. This can be accomplished, he feels, with local, state and federal support.

Suthers lists several factors that will contribute to post-pandemic economic recovery: citizen cooperation, growth of the city’s general fund, small-business funds, and tourism. He says that Colorado Springs is one of the most economically resilient of the nation’s big cities, and says the city’s economy is up 18% from last year.

He is waiting for guidance from the US Treasury before spending federal money in order to achieve as permanent an impact as possible.

John Suthers has reached his term limit as mayor, so he has no plans to run for re-election when his term is up in the spring of 2023. His future plans include part-time work for his old law firm of Sparks Dix, continuing his chairmanship of the grant and scholarship program of the Daniels Fund, and other board endeavors.

Copyright © 2021 by the Intermountain Jewish News