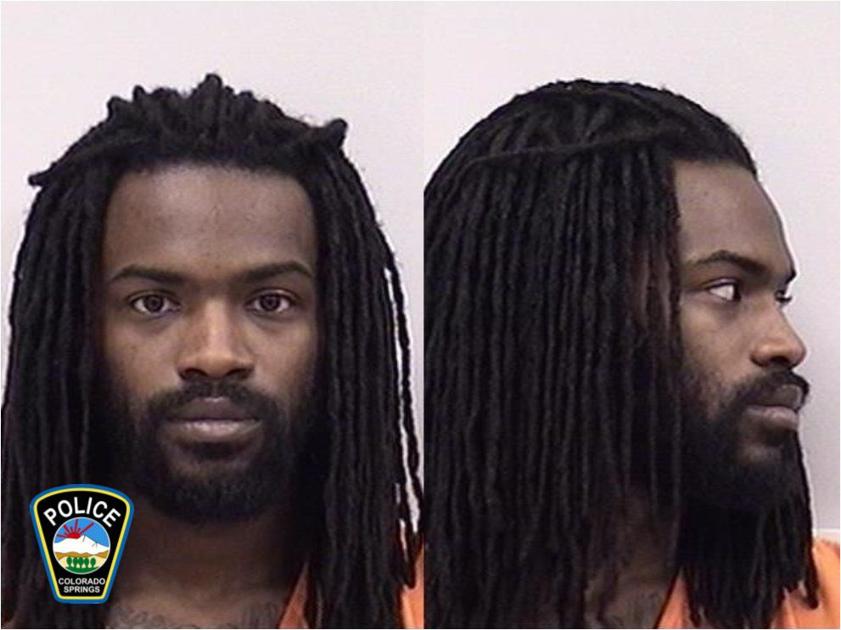 A Colorado Springs man strangled his ex-girlfriend before concealing her body in a plastic tote and kicking it off a cliff on a remote mountain road, investigators alleged in court Monday.

The judge also ordered Rogers held without bond, finding there is a “fair likelihood” he is in danger of being convicted based on the evidence against him, which prosecutors said disproved Rogers’ claims that he choked her in self-defense.

Among the evidence of preplanning were threatening messages Rogers sent the victim by phone and over social media accounts, and weeks of suspicious Internet activity, including Google searches in which he asked “how to commit the perfect murder,” witnesses testified. Days before Rogers claimed he placed his ex-girlfriend in a “rear naked chokehold” that caused her death, he searched on YouTube for videos demonstrating how to execute the maneuver.

A Fort Carson soldier turned himself after saying he shot his wife in a home in southeast Colorado Springs last weekend, police said Monday.

An autopsy concluded Kremer died of homicidal asphyxiation, according to testimony by Dr. Emily Russell of the El Paso County Coroner’s Office.

Attorneys for Rogers called the case against him circumstantial, and said the autopsy that concluded Kremer died in a homicide was “speculative.” They suggested police had fed Rogers information that led him to make incriminating statements.

Kremer, of Colorado Springs, was the mother of Rogers’ two children and had moved out of their shared apartment a month earlier, telling relatives she had fled an abusive relationship, authorities said. She had been seeking split custody at the time of her disappearance.

Kremer’s boyfriend said he last saw her on March 8, before she left to pick up her children from Rogers’ apartment at the Aviator Apartment Homes, 1670 N. Murray Blvd. She didn’t come home, and her boyfriend reported her missing March 11.

Kremer’s body was found March 22 in a plastic bin that had been dumped over a cliffside on Gold Camp Road, between the first and second tunnels. Four teenagers were climbing on rocks when they saw the bin beneath them, lying on its side on a gravelly slope, an investigator testified. After hiking down to the bin, one of the teens used a key to cut through duct tape securing its lid, authorities said.

During his first interview with police on April 22, Rogers said Kremer stopped by his apartment for a few minutes to pick up their kids and left. He said she returned the children several hours later, and that the two quarreled over custody issues before she again left. During a follow-up interrogation in June, police confronted him with surveillance footage showing Kremer never returned to her sport-utility vehicle after her first visit.

Rogers then said Kremer came at him with a knife, forcing him to place her in a mixed-martial arts hold in which he used his arms to squeeze her neck until she went limp. He told police that he had placed their two children in a room and blocked the door earlier in their quarrel. Rogers said he panicked after Kremer’s death and called his mother and brother for help.

Rogers told police that his brother, Denerio Rogers, obtained the plastic bin from a store and helped carry her body outside and stow it in the back of her Nissan Rogue, a detective testified.

“He said he drove out to Gold Camp Road, backed up to the edge, engaged the parking brake, climbed into backseat and kicked the crate out,” Colorado Springs police detective Brent Jacobsen said.

Peter Walker was cooking in his downtown Colorado Springs home midafternoon on New Year’s Day 2020, when his housemate stuck a 2½-inch blade o…

The SUV was left 2400 block of Split Rock Drive in the Rockrimmon area. It was found weeks later, after a resident called to report it had been abandoned. Inside the vehicle was plastic tote handle like one missing from the bin that contained Kremer’s body, along with court paperwork concerning the children’s custody.

Kremer’s death was among a string of domestic-violence attacks in 2020 that pushed the city into a record year for homicides, with 39. More than a quarter of the deaths involved domestic violence, The Gazette reported in January.

TESSA, a nonprofit that assists domestic violence victims, typically helps about 15,000 people per year. In 2020, the organization said it helps up to 23,000 people.