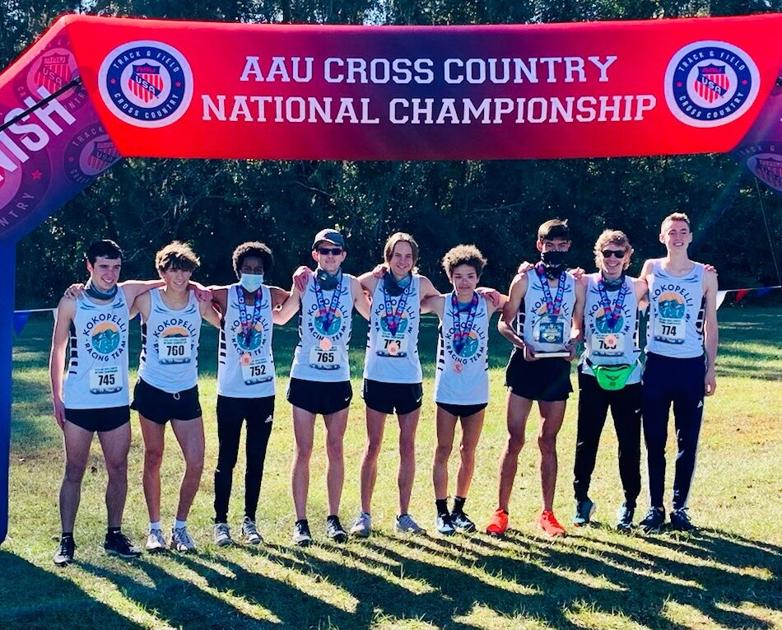 Aspen groves and scenic Colorado trails have remained largely untouched by the pandemic. That is, with the exception of a few more visitors.

With youth sports limited across the state, local athletes have hit the trails for comfort and competition outside of the limited high school sports season.

And they are reaping the rewards.

Le Roux and Harris didn’t race head-to-head, however. Due to COVID restrictions the race was split into two waves, with Kokopelli and other scoring teams competing in the first wave, and unattached runners, including Harris, running the second.

“It was basically like a time trial and I had to try and run as fast as I could, through, because you didn’t know who would end up with the fastest time for the day,” Le Roux said. “It was definitely a little weird, but it made it a little more exciting to see how fast you could run, but it did make it a little more stressful.”

“It was surprising in the fact that we had so many on our teams do so well,” said Lisa Rainsberger, founder of Kokopelli Kids. “We knew going in that these kids were going to pop big performances because of training. They all train together, and if you train well, you race well, and when watching the race evolve you can see the training work.”

Le Roux has been training hard following his 6th place finish at the 4A state championships. The junior said he wasn’t completely happy with his time of 15:46.1 and has been altering his training to maximize his offseason.

It seems to be working.

Prior to his second-place finish at AAU Nationals, Le Roux broke the 15-minute mark for the first time with a personal record of 14:44.86 at the Running Lane National Cross Country Championships in Huntsville, Ala., where he placed 13th.

“I know I’m better than what my time showed (at state), so it really motivated me to work harder, and helped me learn and grow and drop more time,” Le Roux said. “I’m super thankful to be able to run in these big races even during COVID. It shows how you can compete in these bigger races and on some of the faster grass courses that colleges run on.”

Air Academy’s Bethany Michalak, a freshman who won the Class 4A state championship in October, placed fourth (17:14.84) among nearly 300 runners to help the Kokopelli girls’ team eke out a one-point team win. Michalak, who established herself as one of the nation’s best runners in the class of 2024 this high school season, crossed the finish line 12 seconds after Colorado 5A girls’ champion and Kokopelli teammate Riley Stewart. Stewart, a junior at Cherry Creek, placed third with a time of 17:02.04.

“I was really happy with my time and competing against some really great competition, and it was amazing just to run with (Riley) during the race,” said Michalak, who through the high school season became used to running ahead of the pack. “She is an amazing athlete so it was really great to train with someone like that.”

Running through the pandemic

With 145 athletes signed on, Rainsberger said Kokopelli Kids has almost doubled in size since the pandemic began. And thanks to careful planning and safety protocols, she said there hasn’t been a single COVID case in the program.

“We have had an influx of athletes and families trying to figure out what we can do (through the pandemic),” Rainsberger said. “And what we can do is run.”

Upperclassmen, especially those hoping to earn a scholarship, have struggled through the last nine months to collect race times and other requirements necessary to get noticed by college coaches. This week recruiting got even more complicated following the Colorado Department of Public Health and Environment announcement that winter and spring sports would be delayed.

According to the Colorado High School Activities Association’s proposed calendar for 2021, high school track & field may not begin until at least early May — nearly a month after the final National Signing Day.

Athletes may sign National Letters of Intent until August 2021, but typically scholarships are granted months prior to the official start of the signing period.

“Seniors didn’t run track last year because it was canceled, and this year they won’t get on the track in time for National Signing Day, so they won’t have any standards since their sophomore year,” Rainsberger explained. “I have kids who are dying to get some performance standards to show colleges what they can do.”

Training hasn’t been seamless. Two weeks before the AAU championships, COVID restrictions increased, forcing Kokopelli to tighten its training pods from 25 runners to 10. With the added challenge of early winter sunsets, Rainsberger said the final, most important two weeks of training for nationals was like solving a puzzle.

But in spite of the unpredictable path, Kokopelli made a statement.

“These kids are heroes,” Rainsberger said. “First line responders, nurses and doctors are heroes, but these kids who are training to be elite athletes and running through all of these obstacles, I have so much respect for them. They are my heroes, too.”