Colorado Springs’ jobs program for homeless to double in size 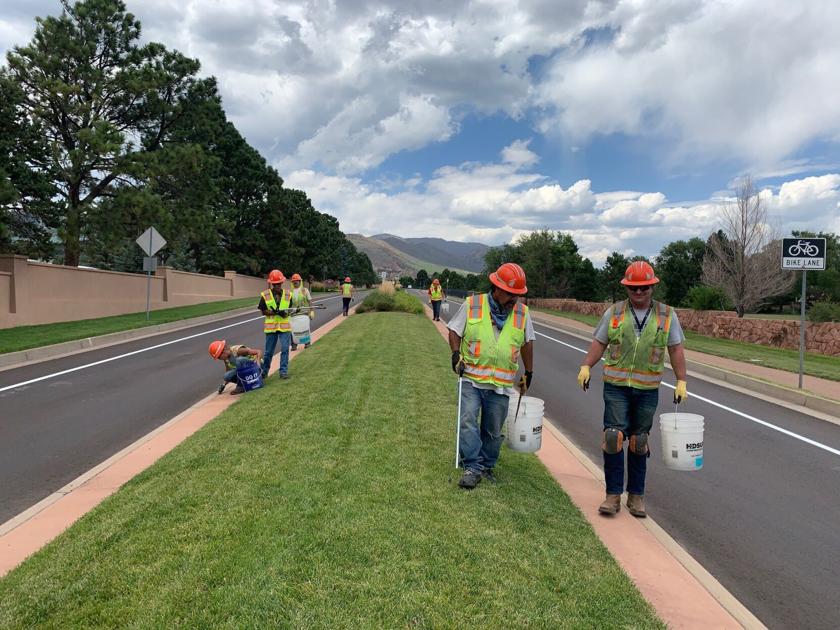 When Charlie Baker quit driving big rigs, he vowed never to base his career on a truck. He was heading for a new adventure.

“I left the Dallas-Fort Worth area in Texas 18 years ago and came to Colorado because of the marijuana craze,” the 59-year-old Baker said.

But Baker found it wasn’t as easy as he thought to start a business in the budding medical weed industry.

After tough times, which included five years of being homeless, spending time in jail and overcoming a drug addiction, he’s unbelievably happy to have a commercial driver’s license again.

In this life, he’s an asphalt-paving equipment operator for the city of Colorado Springs’ street division.

“I have a job, I have money in the bank, I have the opportunity to do things better, I have a bunch of new friends and I’ve been born again as a Christian,” Baker said.

Baker is among the success stories emerging from a city jobs program that puts homeless people to work, with the goal of helping them get off the streets and become self-sufficient.

Baker is one of two people to advance from a temporary, six-month median maintenance position with city parks crews to full-time employment in the public works department.

The indigent jobs program, WorkCOS, was conceived of in 2019 as part of a large-scale citywide homelessness initiative. The first crew started working in early 2020, before the COVID-19 pandemic arrived.

“The homeless work program idea was difficult to get launched because it was hard to find a good way to do it,” said Andy Phelps, homelessness prevention and response coordinator for the city of Colorado Springs.

Phelps and the public works manager found a good fit for program participants in median maintenance, which involves picking up trash and cleaning medians throughout the city.

The work program now is expanding to double in size, Phelps said, as it’s proving to have a direct effect on improving people’s lives.

The first team of five homeless workers and two supervisors was funded by money from the taxpayer-approved Pikes Peak Rural Transportation Authority.

Based on the success of that team, a second crew now is forming and will begin work this month, using money from the city’s general fund.

“Not only are the jobs well paying, but more so they’re a foot to get in the door of full-time employment,” Phelps said.

Staff at local shelters and soup kitchens — including Springs Rescue Mission, The Salvation Army R.J. Montgomery Center, Catholic Charities’ Marian House Kitchen and The Place for homeless youths — identify potential participants, who are then interviewed and screened for consideration.

Those selected must be homeless and living at a shelter and enrolled in a work-engagement program through a social service agency.

“There have been a lot of candidates for openings,” he said. “There’s a lot of people that want to work.”

Some are saving up to get a driver’s license, Phelps said, which can be a deal-breaker in terms of securing a job. Others are trying to get into housing. Baker said he primarily uses the money he earns to pay his bills.

He said he came to the realization almost three years ago that he wanted a better life.

“I had a moment of awareness of what I was and what I was doing, and I was tired of it,” Baker said. “I asked God to help me, and he did.”

Baker didn’t plan on going to jail first, but that’s what happened. He’s since been able to clear up all his legal problems.

“I don’t have anything in my background to stop me from going forward,” he said.

“I deeply appreciate the city of Colorado Springs offering an opportunity for people who are less fortunate or have been through things or are going through things to at least allow them the chance to get back on their feet, if they want to, and have a future.”

Phelps expects the WorkCOS expansion to also increase the number of people who graduate to full-time employment with the city.

“Even with only two graduates so far, it’s having an impact on the community,” he said.