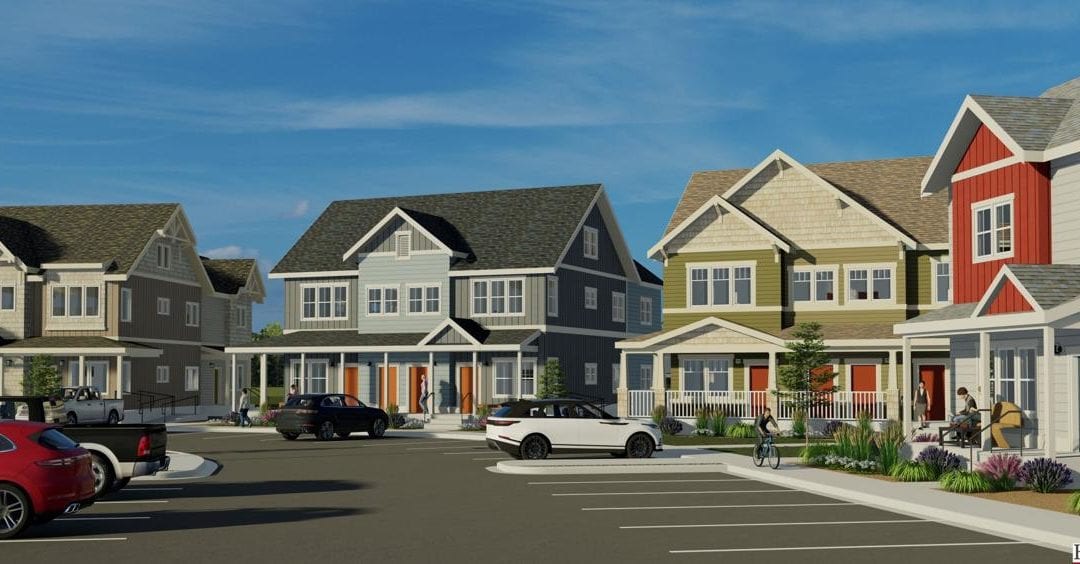 To ward off Colorado Springs becoming like Aspen or Vail — where ski industry employees often can’t afford to live in the community where they work — the Pikes Peak region’s first “workforce housing fund” has been created.

Seven foundations and trusts, along with the city of Colorado Springs, each contributed the minimum buy-in of $25,000 for the pilot program, he said.

The fund is to be disbursed as low-interest loans to offset predevelopment costs and incentivize builders to construct affordable housing.

The kickstart money will help one promising project apply for federal low-income housing tax credits through the Colorado Housing and Finance Authority and take other steps to reach the point of obtaining a construction loan, Clark said.

A request for proposals will be issued this week, he said. The deadline is April 20.

Clark expects three or four developers to apply for the program but said he wouldn’t be surprised if as many as a dozen were interested.

“This is a hot-button issue in the community,” he said. “Builders have a hard time in that initial capital phase, and foundations and donors are sometimes limited when they see the big check that needs to be written. This takes smaller community contributions and piles them into one loan.”

Donations will be leveraged for proposals to obtain $10 million or more in tax-credit financing, Clark said. Developers typically sell the credits to investors such as banks, which can claim the tax credits for 10 years as well as other tax benefits, including depreciation, interest and net operating losses.

Applying for federal tax credits is a complicated and off-putting process, Clark said, and has resulted in Colorado Springs not getting its fair share.

“We think our community needs to be more aggressive, more strategic,” he said. “We’re missing out on the support to develop affordable housing.”

The workforce fund will not target ventures for extremely low-income residents earning less than $25,100 a year who may need support services along with affordable housing or housing to transition out of homelessness, he said.

The focus, rather, is on employees of automotive, food and beverage, retail, hospitality, law enforcement, health care, education and manufacturing businesses who earn between 30% and 80% of area median income.

Such residents are being priced out of the local market, Clark said.

Colorado Springs-area home prices spiked to new highs in February when the median price of single-family homes that were sold jumped to a record $403,000, an 18.2% year-over-year increase, according to a Pikes Peak Association of Realtors report.

• An hourly wage of more than $38 is needed to afford a median-priced home in Colorado Springs. Yet nearly 45% of the local workforce is paid less than $20 an hour.

• In early 2020, one in three El Paso County households were considered “cost-burdened,” meaning they spend 30% or more of their income on housing.

• Median home prices in the region have risen 76% in the past decade, while wages have grown only 12% during that same period, making homes increasingly unaffordable.

The situation is concerning, Clark said, because housing availability and accessibility is considered the root cause of community problems.

“Housing is the anchor for managing traffic congestion, and it’s tied to health and education outcomes, and crime,” he said.

Housing projects are costly and considered a high-risk investment by the Internal Revenue Service, which can limit investors and make financing difficult, she said. And front-end expenses are “one of the biggest barriers to getting into some of these projects because you’re going to spend a lot of money before you know if it’s doable,” she added.

Nicklasson’s already spent $75,000 toward building a proposed 150-unit development called Kaleidos on Murray Boulevard between Fountain Boulevard and Chelton Road, and has yet to receive rezoning approval.

The one- to four-bedroom units will be for households with $46,000 to $62,000 annual incomes, she said. That’s about 14% of the Colorado Springs population, according to the city’s housing plan that calls for at least 1,000 new affordable-housing units to be built each year.

Keeping rents between the desired range of $1,200 and $1,300 a month for a one-bedroom unit will be difficult, because lumber prices have risen from $200 per package a year ago to $850, Nicklasson said.

“I think it’s the right thing to do,” she said of building housing for low to middle-income workers. “It’s my way of giving back to the community.”