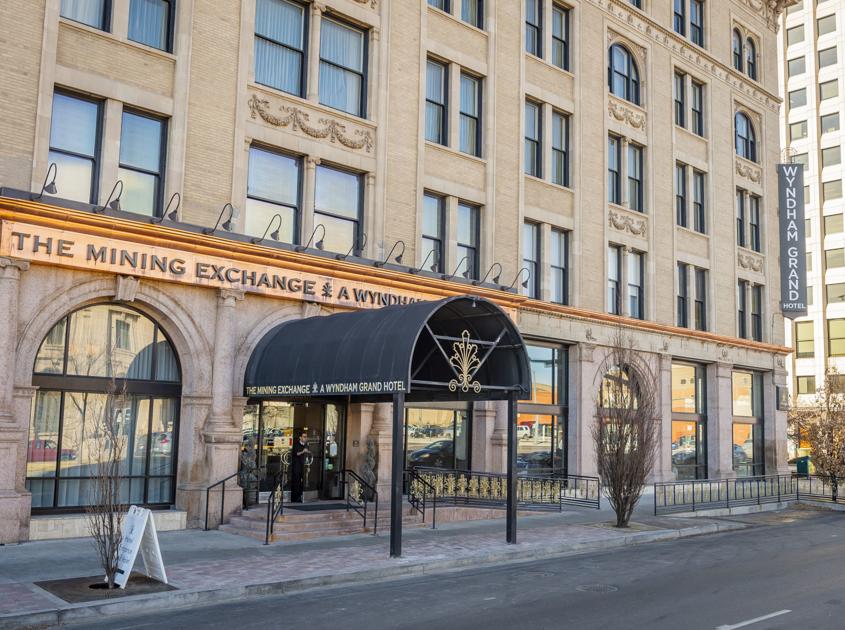 That’s how Doug Price, president and CEO of Visit Colorado Springs, summed up a record low occupancy rate for local hotels in April after leisure and business travel came to a near-standstill over the past several weeks because of the COVID-19 pandemic.

“We knew that April would be lower than March, because in March, we had at least the first 11 to 12 days of the month where people were still doing some traveling,” said Price, whose organization promotes Pikes Peak region tourism.

“For the hotels that did remain open, there was very, very little travel happening in April or (so far) in May,” Price said.

Other takeaways from April’s Rocky Mountain Lodging Report include:

• Statewide, the numbers were even worse. In April, only 16.8% of Colorado hotel rooms were occupied, compared with 66.3% a year ago; the average daily room rate was $82.23, down from $139 last year. Because some hotels temporarily closed as a result of the pandemic, the Rocky Mountain Lodging Report excluded them from calculating occupancy and average daily room rates.

The declines in hotel occupancy and room rates followed decisions by Colorado and most other states to impose stay-at-home orders as a means of stopping the spread of the coronavirus. Those restrictions led to travel disruptions, while requiring the temporarily closure of restaurant dining rooms and all but nonessential businesses.

Some high-profile hotels in Colorado Springs — such as the Hilton Garden Inn and Mining Exchange in downtown, and The Broadmoor and Cheyenne Mountain Resort on the southwest side — temporarily closed their doors, although Price said the number of local closings numbered only about 10 and the majority of area hotels remained opened.

(The Broadmoor and Cheyenne Mountain Resort, along with three other upscale resorts in the area, are in a separate category and not included in the occupancy and room rate figures for Colorado Springs.)

Those that stayed opened, however, had to close restaurants, pools and other amenities.

Stay-at-home orders are being relaxed to varying degrees in Colorado and elsewhere. Many businesses, however, will limit corporate travel, and hotels still might face restrictions on how many people can gather for reunions or other events that normally might have been held in ballrooms and other facilities.

Price is hopeful that hotels and tourism in general will see better times.

Visit Colorado Springs’ website traffic is up 70% during the first 17 days of May compared with the amount of visits it received during the last 17 days in April, Price said. Texas, whose residents can easily drive to Colorado Springs, has been the No. 1 state from which tourism inquiries have been received, he said.

And Colorado Springs was ranked No. 13 on a New York Times list of 52 worldwide destinations that should be explored in 2020, Price said.

But while Colorado’s parks and campgrounds have reopened, Colorado Springs and other communities still need direction from the state on when restaurant dining rooms, museums and other amenities can reopen, Price said. Gov. Jared Polis said this week his goal is to announce a reopening date Monday for restaurant dine-in service.

Once those openings take place, “we then will be able to invite people and help this hotel occupancy begin to build,” Price said.