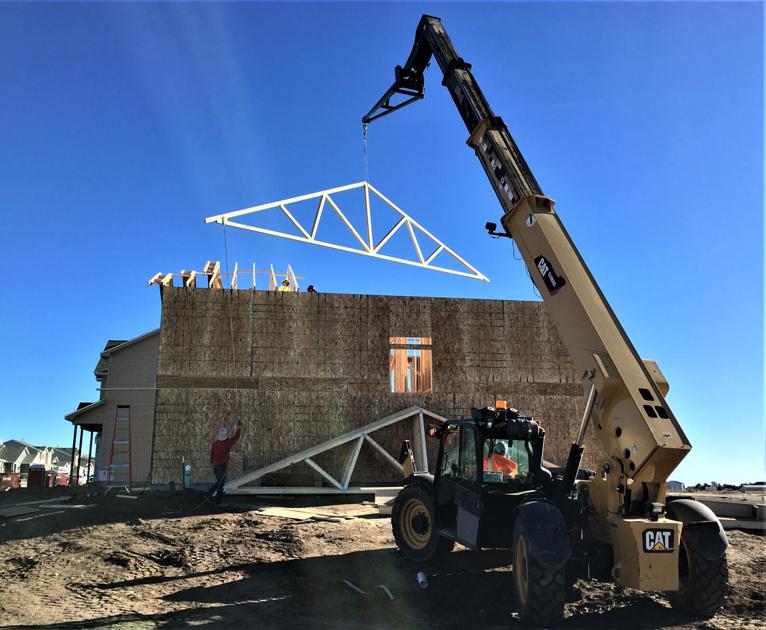 The pace of Colorado Springs-area home construction rebounded last month after a slowdown in May, a sign that the new home market continues to benefit from strong demand being fueled by a variety of factors.

The Pikes Peak Regional Building Department issued 382 permits in June for the construction of single-family homes in El Paso County, a 9.5% increase over the same month last year, according to a report by the agency this week. The permit number refers to detached homes, not townhomes or condominiums.

June’s uptick came after 296 permits were issued in May, a 10% decline on a year-over-year basis and the first drop in permit activity in a year.

For the first half of 2021, single-family home permits totaled 2,425, a nearly 17% increase over the same period last year.

“We still have a very strong demand,” said Ed Gonzalez, vice president and co-owner of Campbell Homes in Colorado Springs.

The shortage of properties on the resale side of the Springs-area housing market is one of the biggest factors driving home construction; many buyers have given up looking for an existing home and have turned to a new house, Gonzalez said.

At the end of May, there were just 582 homes listed on the resale side of the market, compared with nearly 1,550 a year earlier, according to Pikes Peak Association of Realtors figures.

A new home eliminates uncertainty for buyers; they know where they’ll be moving to, when their home will be ready to occupy and how much they’ll pay for it, Gonzalez said.

“As opposed to getting into bidding wars for an existing-use home somewhere else in town and having no guarantee that you’re going to have a place to live,” he said of the resale side’s fierce competition for limited numbers of properties.

Mortgage rates that remain at some of the lowest levels in decades also attract many new homebuyers, Gonzalez said. This week, mortgage buyer Freddie Mac reported that the average rate nationally for a 30-year, fixed-rate loan had fallen to 2.98% from 3.02% a week earlier.

Generally speaking, lower rates mean more buyers can afford to purchase an entry-level home or move up to a larger home.

Colorado Springs’ new home market also continues to benefit from newcomers who’ve moved to town and been attracted by better-paying jobs than the city has offered in the past, Gonzalez said.

Homebuilding is a large segment of the local economy; the industry employs thousands of carpenters, framers, electricians and the like spend their paychecks on the purchase of cars, TVs and appliances, among other items.

The city of Colorado Springs, among other local governments, also taxes the purchase of construction materials, which generates millions in revenues annually that help fund roads, parks and other basic services.