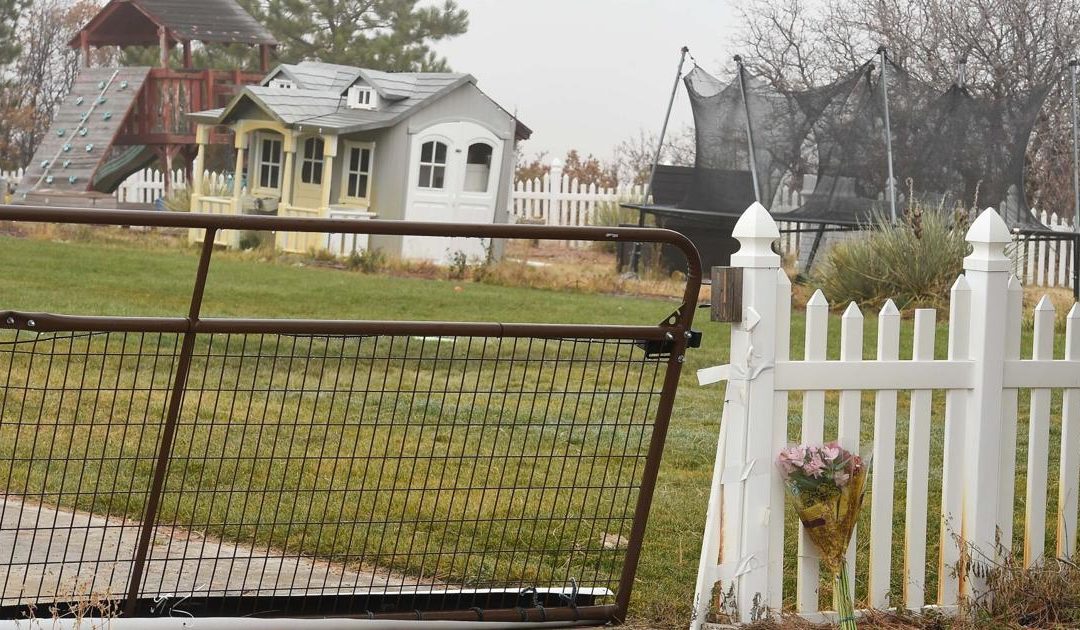 Colorado Springs gun shop owner Christof Kreb, 55, is believed to have killed his wife, Yvette Siegert-Kreb, 50, a licensed nurse, and two of their children, 13-year-old Felicity, and 9-year-old Barrett, Saturday morning in what the El Paso County Sheriff’s Office on Monday called an apparent murder-suicide at their home in the affluent Gleneagle neighborhood.

“This is a devastating loss for this community, and the surviving family members are going to need lots of care, compassion and support,” said Alexa Gromko, who has known the Krebs since 2010.

Over the past decade, Christof and Yvette Kreb had adopted six children from China, most of whom were dwarfs, as is their youngest biological child, Gromko said.

An older photo of the Kreb family, with eight of their nine children.

The Kreb children started their academic careers at Discovery Canyon Campus in Academy School District 20, she said, although some left over the years for other schooling.

“That family had touched the Discovery Canyon Campus community for many years,” Gromko said.

The school was “very somber” Monday morning, Gromko said, following a difficult Halloween in the Sun Hills neighborhood north of Colorado Springs, where not many children went trick-or-treating.

“Moments like these are hard to process and leave us with more questions than answers,” Academy School District 20 spokeswoman Allison Cortez said in a statement Monday. “We must therefore come together and provide each other support during this difficult time.”

The district will offer counseling Tuesday morning to students in need, Cortez said. School mental health specialists and trained district crisis counselors will be on site.

Shortly after 10 a.m. Saturday, a call to 911 reported someone was “possibly seriously injured and needed help” at a home on Pleier Drive in northern El Paso County, according to the Sheriff’s Office, which then issued a “shelter in place” order for a 2-mile radius.

Flowers rest against the gate of a white picket fence on Sunday, Oct. 31, 2021 at a house in Gleneagle where four people were found dead this weekend, according to neighbors. The bodies of two adults and two juveniles were found on Saturday. On Sunday morning, the El Paso County Sheriff’s Department said that the situation was a murder-suicide.

Gromko’s family, whose three children went to school with four of the Kreb clan, was among the residents who had to stay at home for about four and a half hours, while law enforcement began the investigation.

“I immediately thought of them and texted Yvette,” Gromko said.

“I started to get real concerned,” Gromko said.

When she saw an aerial view of the property, her “heart sank.” Gromko recognized “the barn” in the back of the large homesite, which had been turned into a play area for the children and a workshop.

Yvette was homeschooling 13-year-old Felicity, known as “FiFi,” Gromko said. Barrett, 9, was one of the most recent adoptions for the family, she said.

The shooting suspect, family patriarch Christof Kreb, and a business partner opened their first Specialty Sports & Supply in Colorado Springs in 1994 and in 2005 relocated to the current location at 4285 E. Fountain Blvd., according to state business licensing records. The sporting goods store specializes in firearms and knives, according to its website.

Employees at the store declined to speak about the family or the situation on Monday. The store closed early on Saturday, a sign on the door said.

As for Yvette, Gromko describes her as “a fierce advocate for children with disabilities, adoption and dwarfism.”

“She was a fighter for her kids,” she said. “It was very admirable.”

After her youngest biological son was born with primordial dwarfism, Yvette wanted to adopt more children with the condition, Gromko said, and discovered that such children were not being properly cared for in China.

“She wanted her son to feel like he had people like him in his life, so they specifically adopted children with dwarfism,” she said. “I was so in awe of her devotion and dedication.”

Yvette had made masks during the pandemic and kept her children sheltered at home, she said online last year, writing, “Most of them are dwarfs, so they are more susceptible.”

Some forms of dwarfism impair immune system function, according to the National Institutes of Health and the U.S. National Library of Medicine.

An Army veteran, Yvette had a nursing license but was a stay-at-home mom. She defined herself on Facebook as “CEO of one big crazy family that was created through love.” The tagline: “We are blessed to walk this journey.”

“She made it her mission to give those children a chance at a good life,” Gromko said.

A dinosaur character can be seen in the yard of a house on Pleier Drive on Sunday, Oct. 31, 2021. Four people, two adults and two juveniles, were found dead there on Saturday, according to law enforcement. On Sunday morning, the El Paso County Sheriff’s Deptartment said the situation was a murder-suicide.

The couple’s biological daughter, Morgan Kreb, is a sophomore cadet at the U.S. Air Force Academy and a member of the school’s rifle team. She was competing against the University of Texas-El Paso at the Cadet Rifle Range on Saturday, where she placed second overall.

Morgan competed in the 2020 Olympic air rifle trials, receiving a bronze in the Junior Women’s 10m Air Rifle. Morgan also has competed in events of USA Shooting, the national governing body for the sport that’s chartered by the U.S. Olympic and Paralympic Committee, according to its website.

A class valedictorian at a D-20 school, Morgan was named as one of The Gazette’s  in 2020 and told The Gazette she had her sights set on the 2024 Olympic Games.

One of the adopted sons is legally blind, Morgan said last year, and Gromko said one adopted son was born without legs.

The family paid for the children’s medical care, including surgeries and prosthetics, a neighbor said.

“Not many people adopt kids and spend money to take care of those kids and educate them,” he said, asking not to be identified.

The neighbor said he had a good relationship with the family, who raised chickens during the pandemic and shared the eggs with those around them.

“They had faith as a family. It’s tragic. Whoever did whatever, it’s tragic,” he said Sunday.