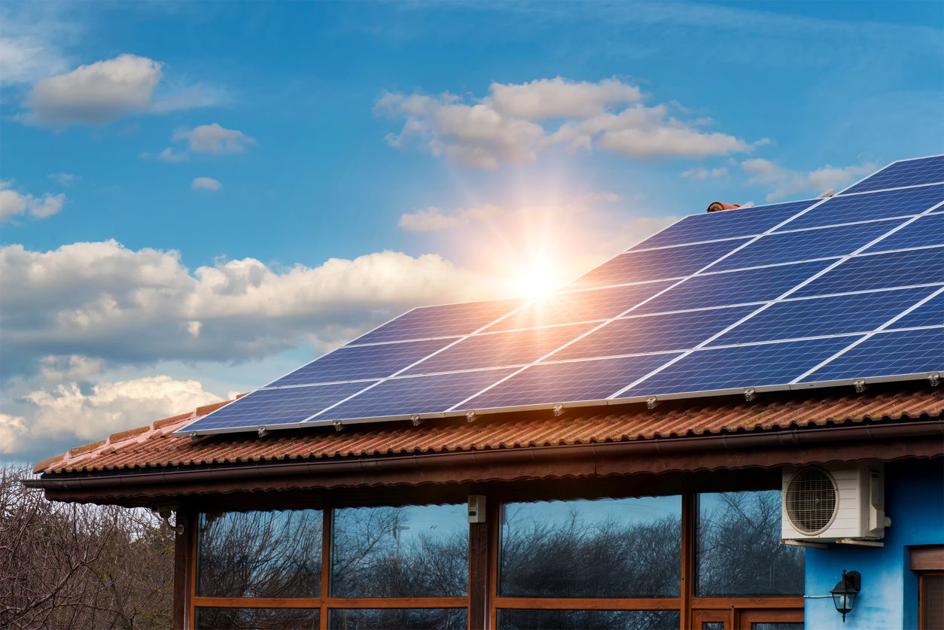 Colorado Springs’ first solar co-op is aiming to make roof-top solar installation cheaper, as the panels grow in popularity and more than 1,000 homeowners in town install them each year.

The new co-op of about 80 people is planning to drive down the price of roof-top arrays for members by all buying through the same solar panel installer and securing a 10-12% discount for members, said Jim Riggins, a steering committee member and an electrical engineer.

The price a resident pays for a solar array typically replaces how much a resident would pay a utility for power each month. Once the panels are paid off, the customer only pays a fee for accessing a grid, so the arrays save residents money over time, people involved with the co-op said.

The people Riggins has spoken to about joining the co-op were intrigued by the possible savings more than cutting carbon emissions.

“Saving money is as much a conservative value as it is a progressive value,” Riggins said.

In Riggins’ case, he paid off his solar array in seven years and it also powers both his cars, so he is saving money on gas as well, he said.

In addition to providing financial benefits to homeowners, the roof-top solar panels’ power can have benefits to a utility because they are generating power locally and less electricity is lost in transmission, Riggins said. The electricity losses from power lines are 6-10%, he added.

As the price of solar panels has dropped in recent years, customer interest in the panels across Colorado Springs has continued to grow, said Gabe Caunt, distributed energy strategies engineer for Utilities. So far this year Utilities has approved 1,169 roof-top solar connections and last year it approved 1,345 installations, said Danielle Oller, a spokeswoman for Colorado Springs Utilities.

“Any additional renewable generation that customers install contributes to reduced emissions and reduced fuel purchase costs for Springs Utilities,” Caunt wrote. However, as renewable energy supplies more power to the grid, Utilities needs to add fossil-fuel generation that can start up quickly, such as the new natural gas units that will be installed on the Martin Drake Power Plant site. Battery storage could replace natural gas long-term.

A 2020 study found that Utilities can expect between 300 and 500 megawatts of solar could be installed locally by 2039. Last year, the Colorado Springs Utilities system could generate up to 1,050 megawatts of electricity in the summer through coal, natural gas and hydropower generators.

However, Nancy Brodhagen, owner of Peak View Solar and Electrical, has not seen Colorado’s requirement generate interest from residents buying new tract homes. But she has seen a general increase in interest in solar panels in general and that may be driven by more companies working in the area focused on installation sales, she said.

Peak View Solar was selected as the co-op’s vendor for installation, and she estimates that residents could spend $14,000 or about $2.80 per watt for a 5 kilowatt system, which is typically large enough for a 2,000 square foot home. Residents with larger homes in need of 8 kilowatt system could spend about $22,000, Brodhagen said.

Every co-op member works on an individual contract with Peak Solar, and even if they join the co-op, they have no obligation to buy, Riggins said.

Solar panels may not work for homes that are heavily shaded or are older and have trusses that can’t support the panels, he said.

Brodhagen said her goal is always to help ensure residents are producing as close to 100% of their power needs as possible.

Customers are also expressing more interest in home battery storage. But Brodhagen said she is advising most people against them because of the cost and low availability. The batteries also only last 10 years.

They could make more sense if utilities start charging more for power at times of high use, such as every evening between 5 p.m. and 8 p.m., when demands on the grid are high and solar production is low, she said. Batteries could be charged up during the day and then drawn down at nighttime, when prices are higher, she said.

It is a policy that could make more sense when more people are coming home and plugging their electric cars in after work, but its not in place yet, she added.

The new co-op is the tenth in Colorado set up by Solar United Neighbors, Riggins said. The nonprofit that educates residents about solar power and helps fight for solar energy rights.