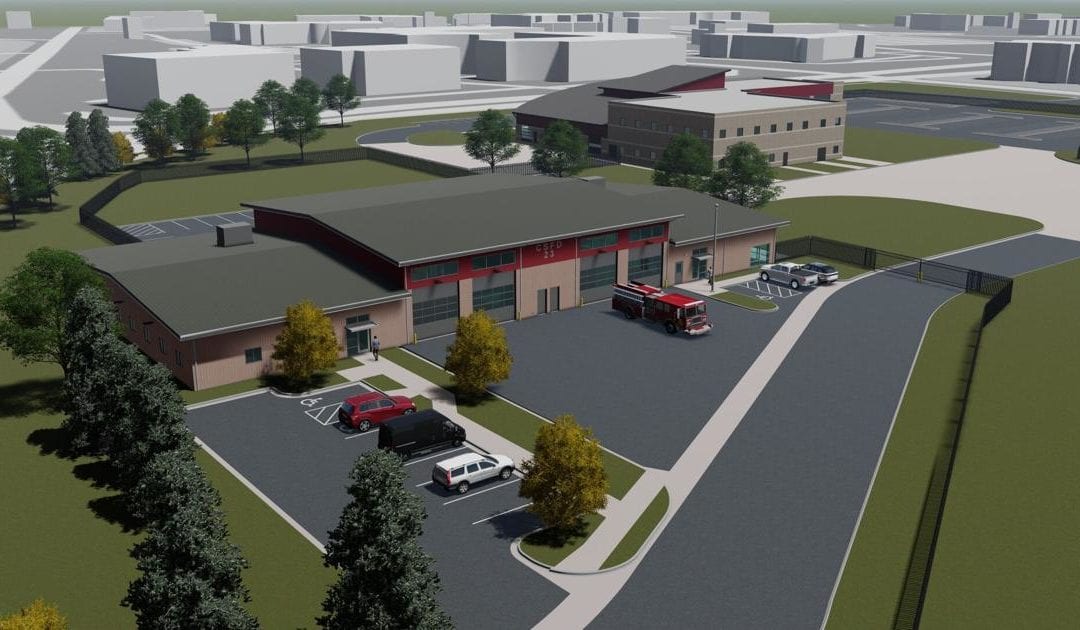 The Colorado Springs Fire Department is preparing to build a handful of new stations in the coming years to serve the rapidly growing community and might need new fees on development to help cover the costs.

Crews could break ground on a $5 million fire station and a radio shop in the coming months next to the department’s headquarters east of downtown.

The agency will also need to increase in staff from about 525 employees to about 728 in 2026, according to staffing projection shared with the Colorado Springs City Council earlier this month.

The department is aiming to keep up with a growing population that made 45,102 emergency calls for help to the department in 2007 and is on track to place about 70,000 this year, Royal said.

“We want to try to stay ahead of it,” he said of the growth.

The new station on Printers Parkway that is set for completion sometime next year will replace the interim space set up for a four-person crew inside headquarters, he said. The team was living in classrooms, conference rooms and office space in the headquarters building, said Mike Smaldino, spokesman for the department.

The new station will provide regular living quarters and two bays for vehicles. Half of the building will be set aside for city workers who repair and replace radios across the city departments, including police. The current radio shop is quite old and outdated, and housing both services in the same building made financial sense, Royal said.

The downtown station is intended to ease some of the pressure on the surrounding four stations that respond to the highest number of calls for help each year. Each one responds to 6,000 to 7,500 calls annually, department data shows. The slowest stations respond to 500 to 1,500 calls each year.

Most of the calls are for medical services, such as car accidents, shootings, heart attacks and broken hips.

The next new station will likely go up in the northwest section of town and the one after that could be built in northern Banning Lewis Ranch. The eastern side of town will likely need two more stations, including one east of the airport to serve all the new commercial development, Royal said.

Mayor John Suthers expects three stations total, including the one east of downtown, could get built in the next five years.

The fire department would also like to add crews that would work out of SUVs to respond to patients who have less severe medical needs, such as sprained ankles, Royal said.

The department has to respond to less severe calls for liability reasons, but by sending out SUVs to those calls could free up other crews to respond to heart attacks and other critical needs, he said. A new medical navigator within dispatch could also help advise patients about other options for care, outside of 911.

The department would like to start out with four to six of the new teams but when they get launched depends on available city funding, like all of the expansion the department is planning.

“We also understand the city is under certain constraints we can only budget so much. … That’s a greater discussion to see where the needs are across the whole city,” he said.

Funding the department’s growth is expected to require new fees on development, and the mayor’s administration is working on determining how much those could cost. Fees could also help fund the needed growth in the police department, including new officers and a new substation, Suthers said.

The fees could apply to infill development and newly annexed land. Members of Suthers’ staff are talking with developers about those now, he said. The right balance is important because fees are passed along to homebuyers.