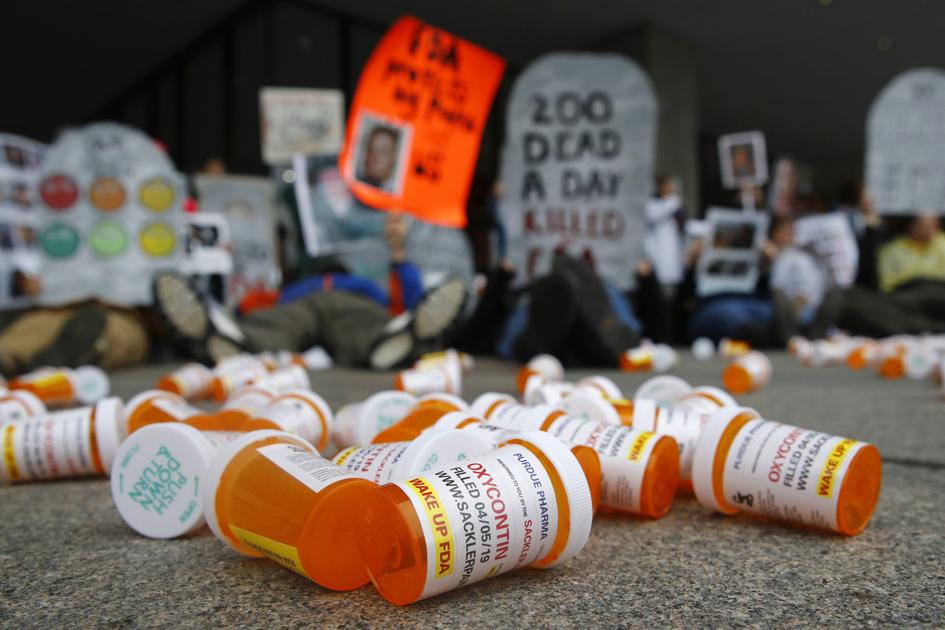 Drug overdoses were the leading cause of accidental deaths in El Paso County last year, according to the coroner’s office.

Several local organizations will commemorate the annual International Drug Overdose Awareness Day on Tuesday during a public event that will start at 6 p.m. outside City Hall, 107 N. Nevada Ave.

“It’s important to recognize people who have lost their lives to substance use disorder because the number of deaths are skyrocketing,” said Rebecca Berg, spokeswoman for Springs Recovery Connection, a nonprofit that provides peer mentors for people overcoming addiction.

While the community has had gatherings to mark the day in past years, this is the first time multiple agencies are uniting for a large-scale observance, said P.J. Higgins, project manager at Community Health Partnership.

Organizations from the partnership’s Coalition for Prevention, Addiction Education and Recovery are presenting the event.

The program in Colorado Springs will include a reading of a city resolution commemorating the day by City Council President Tom Strand, an address by Dan Hugill of fitness recovery program Phoenix Multisport, training in Narcan administration by Southern Colorado Health Network, time for remembering those who have passed and a candlelight vigil.

“It’s important to speak publicly about overdoses because we often think of substance use disorder and overdose as an issue that affects people who aren’t in our community,” Higgins said, “when in fact the problem is getting much worse.”

Last year’s overdoses accounted for more than half of El Paso County’s 356 deaths due to accidents.

The observance is the world’s largest campaign to end overdose, remember without stigma those who have died and acknowledge the grief of families and friends left behind, according to the initiative, which started in 2001 in Australia.

Locally, heroin or fentanyl were ingested in 86% of the accidental opioid deaths, according to the El Paso County Coroner’s Office.

The average age of victims was 41 years old, 20% had a known history of mental illness, and 66% had a prior history of substance abuse or addiction.

Other statistics on last year’s drug deaths from the coroner’s office:

• There were 118 total opioid-related deaths last year, which include accidental deaths and deaths by suicide, up from 82 in 2019. That’s a 44% increase.

• About one-quarter of deaths by all causes have marijuana metabolites present in the autopsies.

North America has the highest drug-related mortality rate in the world, accounting for one in four drug-related deaths globally, the United Nations Office on Drugs and Crime reports.

“It is a community-wide issue,” Higgins said. “Everyone needs to learn how to reach out to those struggling and encourage them to get help.”