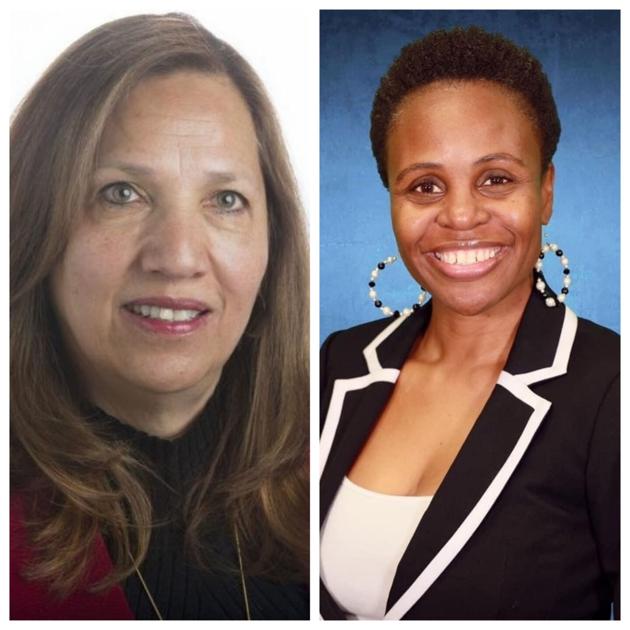 The two candidates in the race to represent District 4, in southeast Colorado Springs, took on some of the city’s biggest challenges in a forum Friday that covered the need for police reform, affordable housing and road maintenance.

Business owner and nonprofit founder Regina English is challenging Councilwoman Yolanda Avila for her seat on the April 6 city ballot. The race is one of six this spring that will be decided by the voters of each district.

District 4 is a more liberal area of town, home to more minority residents. Both candidates spoke to issues that directly affect their constituents in the forum hosted by KOAA and The Gazette.

Avila said she considered the newly created commission “window dressing” at first, but the members have been asking tough questions and the group may end up recommending greater police oversight.

Avila noted that 64% of the city’s housing is single family and that can hurt affordability. She sees a need for a greater array of housing options, including tiny homes, apartments and duplexes that could be allowed for under the new flexible zoning the city is considering.

Some neighborhoods oppose new apartment complexes because they are afraid they will hurt home values, but greater housing density can draw businesses and make neighborhoods more walkable, Avila said.

To encourage affordable housing, the city could provide greater incentives for builders, English said. She also called for collaboration on the issue.

“A neighborhood should know exactly what’s happening instead of being imposed upon,” English said.

To improve city roads Avila said she was hopeful the state might pass a gas fee increase that could boost the city’s budget for road maintenance. She would also like to see the warranty on new roads extended beyond two years, she said.

English said she would like to see the city employ greater creativity on road funding and possibly pursue more grants.

On public transportation, Avila said she planned to keep fighting for greater frequency and connectivity of city buses.

“If there is more frequency more people will use transportation,” she said.

In contrast, English said public transportation is not one of her main priorities, and she would focus instead on police accountability, affordable housing and ensuring underutilized spaces in the district are revitalized.

The candidates also fielded several yes or no questions to give viewers a quick snapshot of their positions on several issues.

Both candidates support recreational marijuana sales, both support a local minimum wage increase and both believe support for parks is inadequate.

In her closing statements, Avila said she has seen success in her first four years in office, improving public transportation, encouraging economic development and advocating to bring a medical clinic to her district.

English said she would bring objectivity and new energy to the office. She would also be collaborative and inclusive in her representation, she said.

“I am here to change the narrative,” she said.

KOAA and The Gazette will be hosting one more live virtual forum.

Candidates in District 6, in northeast Colorado Springs, will air at 12:30 p.m. Tuesday. The forum will be prerecorded, so please send questions in advance to mary.shinn@gazette.com or alasyn.zimmerman@koaa.com.