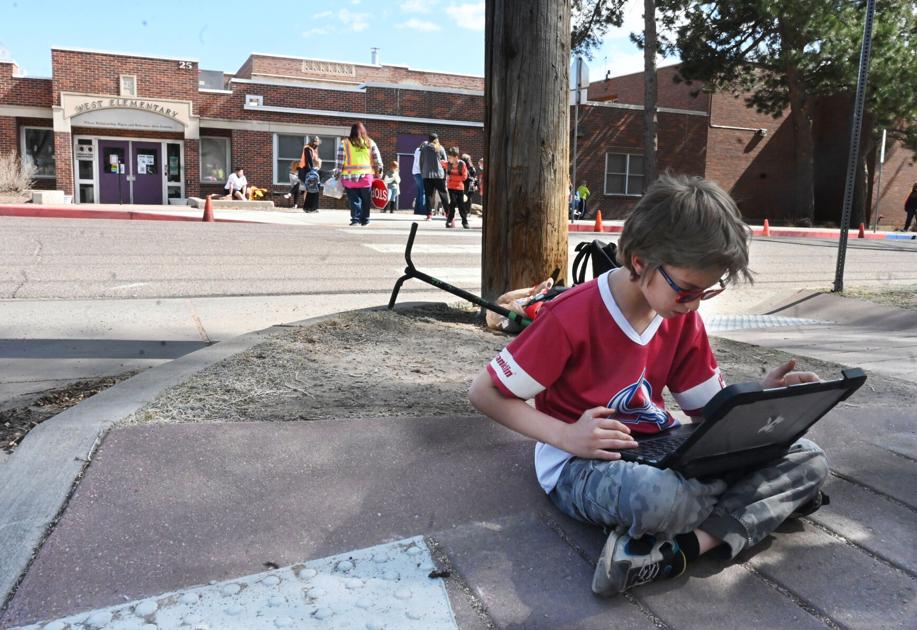 Most were built in the 1950s and 1960s, when cooled indoor air was becoming fashionable and affordable. Now, fans whirl in classrooms for a good chunk of the year.

Three of the district’s middle schools are within a 2-mile radius of each other, a common design for when the city was smaller, but not sensible today, officials say.

Five elementary schools are concentrated in the downtown core, where residents have aged and school children aren’t as plentiful, while schools in other neighborhoods are overloaded.

Addressing these and other changing needs of El Paso County’s oldest school district are part of a massive long-range plan D-11’s board members approved in February.

But many components of the vision to update existing schools, build a couple new ones and change the use of a few others will depend on whether voters agree in November to allow the district to keep the current mill levy rate, officials said Wednesday.

If voters approve a bond question that officials are considering posing — a measure that would not increase property taxes but that would maintain the existing 6.5 mills — ideas such as building a new $40 million middle school on the campus of West Elementary School and creating a districtwide early childhood education center on another school property would materialize.

“The question becomes, ‘What’s the cost of not doing this?’” said Glenn Gustafson, deputy superintendent and chief financial officer.

D-11, which reigned as El Paso County’s largest school district since its inception in 1872 until 2019, when Academy School District 20 took the title, has had more than a decade of declining enrollment.

One reason, Gustafson said, is stiff competition from some of the county’s 14 other school districts that are building new schools with the latest designs and technology.

“If our schools continue to decay, we can’t build back neighborhoods,” Gustafson said. “There’s a huge cost to the community of not doing this, and that’s not counting what it would mean to the kids.”

“A lot of growth is happening to the north and east, where there are a lot of newer schools,” she said, “and we need to look at giving our children the same opportunities.”

“The district has been super financially responsible,” he said.

While a 2017 mill levy override for capital projects nets $15 million to $20 million per year, Gustafson said, the district has a backlog of $700 million needed in capital improvements.

To fulfill the new facilities’ plan, a ballot proposal would ask voters to extend the current tax levy, which would produce $300 million over five years to apply to remodel, rebuild and repurpose its schools.

Another $100 million over five years would come from a 2017 mill levy override voters approved for capital projects.

But instead of boarding them up, as the district did in the 1970s with Lowell and South schools, which Gustafson said was “a disaster,” or selling them, as the case with Ivywild and Lincoln in recent years, D-11 will keep the schools and turn them into daycare centers or preschools, for example, he said.

But no timeline has been set, Gustafson said, as the funding needs to come first.

Parent Rosanne Mason said at a West PTA meeting last month that proposed improvements would give the district a chance to “be intentional with facing the challenges and meeting the needs of students.”

“I have high hopes for the potential,” she said.

Preserving the historic significance of the West campus is concerning, though, said William “Tim” Boddington, president of the Historic Preservation Alliance of Colorado Springs.

Schools like West, designed by well-known architect Thomas MacLaren built in 1923, are an historic landmark, he said.

The building contains many architectural and design characteristics, including its unique façade, Boddington said, adding that he’d like to see West repurposed but not demolished and rebuilt as a new school.

Proposed changes to buildings would go through a public process before decisions are made, Ashby said.

Some enhancements — which came out of a new academic plan and an equity policy based on community feedback of what parents, students and community members want to see from D-11 schools — will start in the fall.

At its April 14 meeting, board members will consider adding a Montessori-style option, a gifted and talented track and a dual-language immersion program for some elementary students.

A permanent Spark Online Academy also will open in the fall for K-8 grade students and expand to high schoolers, Ashby said, to provide an option for families who want to continue that style of learning, which has become more popular during the pandemic.

Providing bussing outside of neighborhood boundaries for students throughout the district to attend such special programs also is scheduled to begin in August.

Additional courses in career and technical education at all five D-11 high schools, more STEM (science, technology, engineering and math) learning, and other focuses also are in demand and in the works, Ashby said.

Not retaining D-11’s current mill levy rate for educational purposes would save the average homeowner about $9 a month in property taxes, starting in 2023, Gustafson said.

“I realize we would save everybody a little money by not doing this, but when you look at our physical aging infrastructure and declining enrollment related to the competition, you see the cost to the community would be far greater,” he said.