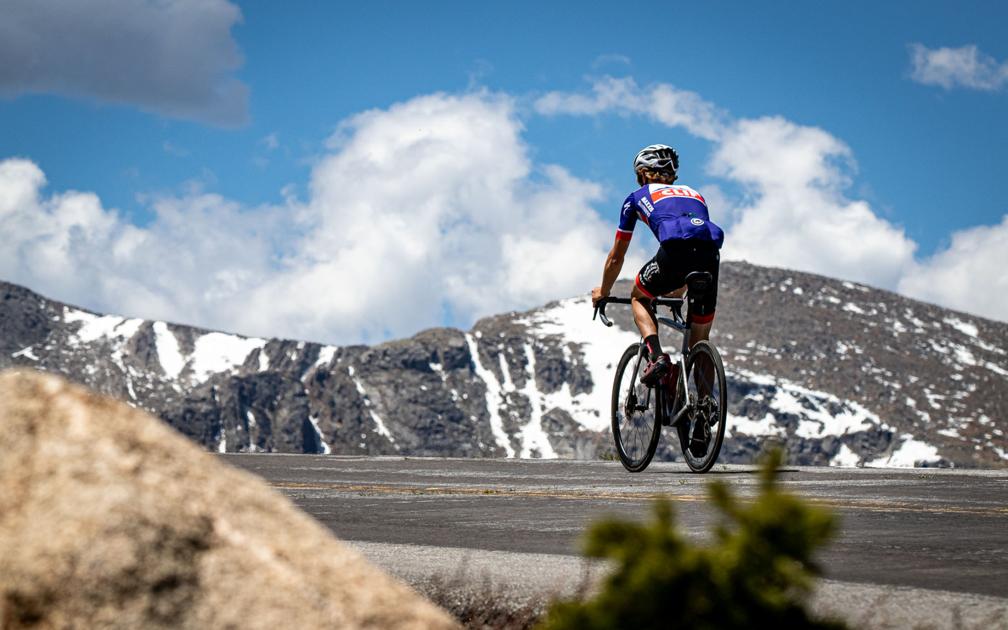 Try doing it from your home base more than 100 miles away.

Actually, don’t try it unless you’re a professional like Russell Finsterwald. He accomplished the mission one Friday this month, alongside Kalan Beisel, another decorated rider from Colorado Springs.

With events around the state, nation and world canceled due to COVID-19, coping has been a challenge for the cyclists.

“Having something to train for and stay motivated for was kind of cool,” Finsterwald said. “For this ride, I’d been doing a lot of long, hard rides and then some long interval days. And then, obviously, this ride itself was a pretty solid day of training.”

That’s an understatement. Starting from the Springs around 4 a.m., Finsterwald and Beisel returned 17 hours later, celebrating with pizza and beer to recoup some of the nearly 10,000 calories they’d burned.

Previously, Finsterwald’s highest single-day mileage was about 125 and his highest elevation gain measured around 12,000 feet.

But other factors made the journey even more unique for him — the variability of traffic and weather.

“In a way, that’s sort of the whole reason we wanted to do this,” Finsterwald said. “Because there was so much unknown and uncertainty.”

Well before the sun began to rise, they headed out toward Woodland Park, turning for Deckers, then toward Evergreen, continuing the ascent up Squaw Pass to reach Mount Evans’ base.

They wanted a change of scenery for the return trip, so they plotted a course down Interstate 70 and around Chatfield Reservoir, making their way from Sedalia to Palmer Lake and home on the Santa Fe Trail.

A fierce headwind in the final miles couldn’t stop them.

“Honestly, being so close to home was what kept us going,” Finsterwald said.