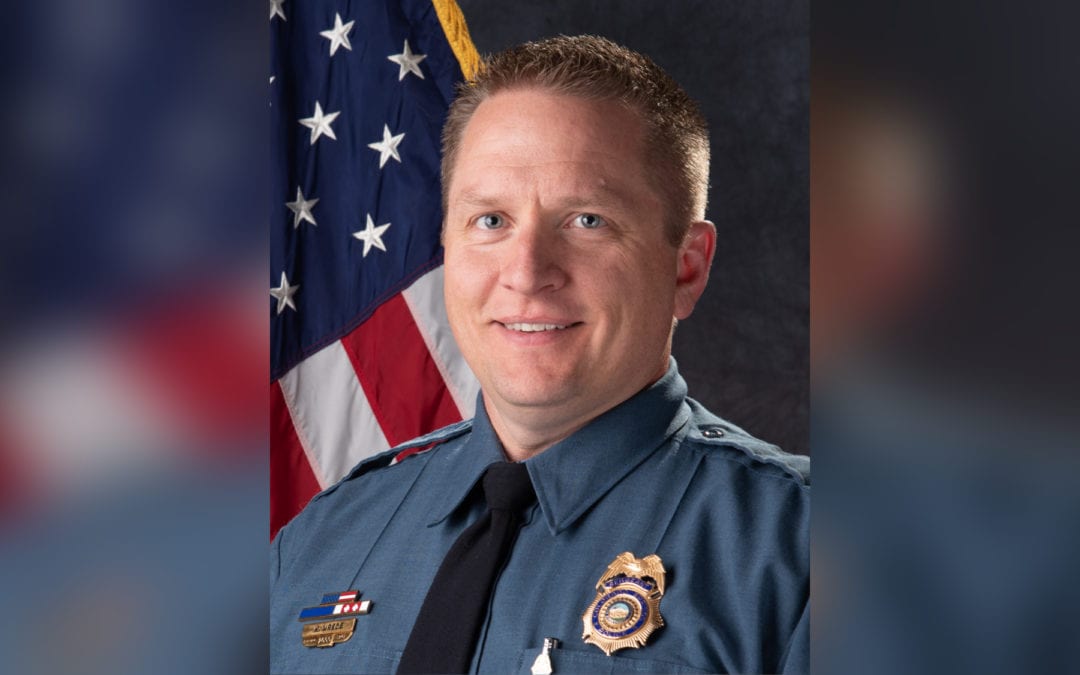 A Colorado police officer will be allowed to keep his job after he posted threatening comments under a livestreaming showing a Black Lives Matter protest.

Sgt. Keith Wrede of the Colorado Springs Police Department has been suspended and reassigned after an internal affairs investigation determined he was responsible for the comments, reported local station KRDO. CSPD Chief Vince Niski confirmed the news in a letter to the public on Monday.

The investigation determined Wrede created a Facebook profile under the name Steven Eric to disguise his identity. He used the profile to write “KILL THEM ALL” and “KILL EM ALL” under a Facebook Live stream hosted by KRDO on June 30. The stream showed protesters blocking traffic on Interstate 25 after marching from downtown Colorado Springs.

KRDO showed the comments to the police department, which prompted the investigation. The Facebook page was deleted.

“It has been found that the Facebook profile used to make those comments did in fact belong to Colorado Springs Police Department Sergeant Keith Wrede,” Niski said in the letter, which was republished by CBS Denver. “We offer our organizational humility and a heartfelt apology to our entire community.”

Niski claims Wrede made the comments “out of frustration” while he was off-duty and noted “there was no indication of any physical action or intent to cause harm.”

“I am in no way minimizing Sergeant Wrede’s words. His comments were unacceptable, have damaged our relationship with members of our community, and fell short of our standards,” he added.

Wrede will remain on the force, but he will be suspended for 40 hours, resulting in about $2,000 in lost wages. He will be removed from his specialized unit and placed in another position within the police department.

Niski acknowledged there were calls for Wrede’s termination, but he refused to fire him because of his history with the force.

“Throughout his 20-year career, Sergeant Wrede has professionally served this community,” he wrote. “While his statements were harmful and reprehensible, I cannot deprive the community of a good police officer and his services because of an isolated incident of an error in judgment.”

The police chief also hopes the public doesn’t judge other CSPD officers based on Wrede’s actions.

“I fully recognize that it will take time to rebuild relationships that have been broken,” Niski wrote. “The only thing I would ask of our community, is to not condemn every officer that wears our badge because of one individual’s action. Please remember officers are human too and make mistakes.”