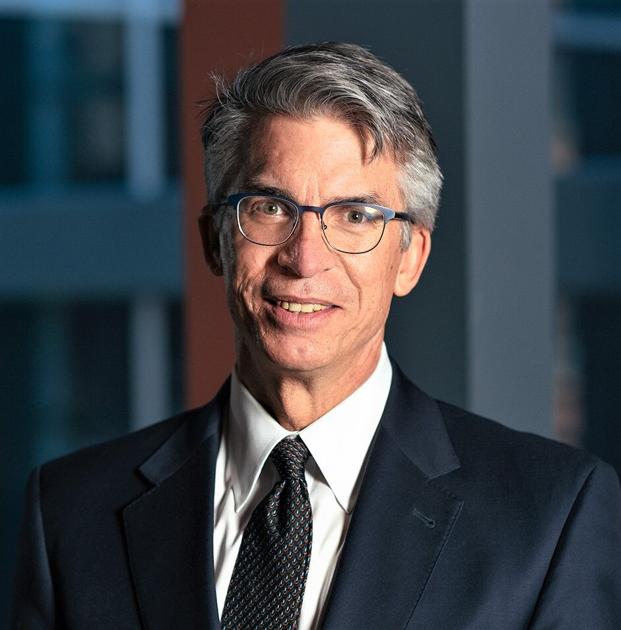 Dirk Draper will retire at year’s end after more than six years as president and CEO of the Colorado Springs Chamber & EDC, a period during which health care, financial services and other key industries flourished and familiar businesses such as Amazon and Southwest Airlines expanded to the community.

Draper, who turns 62 in November, said his retirement is a personal choice and an amicable one made in conjunction with the Chamber & EDC’s board of directors.

“It’s totally a personal decision that’s driving it,” he said. “My wife (Jeanie) and I have a long bucket list of things we want to do while we can still go full speed.”

His departure, announced late Monday, will allow the Chamber & EDC board to take the next few months to hire his successor and provide time for a smooth leadership change on the organization’s administrative side, Draper said.

“I’m trying to strike the balance between insuring a good orderly transition, allowing some time to introduce whoever my successor is, if it’s somebody from outside the community, whoever, let them have the opportunity for some overlap,” Draper said.

He added that he might vacate the position before year’s end after a new president and CEO is chosen and if his successor and the Chamber & EDC board want him to step down sooner.

Whatever happens, he said, he’s not taking another job, isn’t moving and enjoys the area.

Mike Juran, the Chamber & EDC’s board chair, said in a news release that a search committee, aided by a recruiter who specializes in the chamber and economic development industries, will launch an effort to identify Draper’s successor and will consider, local, regional and national candidates.

A timetable for the search and to hire a replacement for Draper wasn’t known; Juran couldn’t be reached for additional comment.

“Dirk has been a strong, effective leader for the Chamber & EDC,” Juran said in the news release. “The board appreciates his leadership and is committed to building on the solid foundation he created with his team. I thoroughly enjoyed working with Dirk.

“While I am sad to see him go, I’m thrilled for Dirk and his family to reach this important milestone in life,” Juran said. “I’m also grateful that he is committed to remain through the end of the year to ensure a seamless transition and the continued momentum of our business community.”

Draper had a lengthy background in business and with the Chamber & EDC before he became its president and CEO.

Draper was an area manager in Colorado Springs with engineering firm CH2M Hill, where he worked for 13 years, before he was named president and CEO of the Colorado Springs Regional Business Alliance in March 2015. The group was renamed as the Chamber & EDC the following year.

The nonprofit Chamber & EDC is arguably Colorado Springs’ leading business voice. The group works to attract employers to town and encourages existing ones to expand, while it assists smaller companies with concerns and issues and takes positions on public policy matters.

One point of pride for the Chamber & EDC during his tenure has been the organization’s leadership role and its voice on public policy issues, ballot questions and other issues, Draper said.

That role has evolved from a combination of efforts by the Chamber & EDC board, the work of key hires added to the organization’s staff and initiatives to build and cultivate relationships in the community, he said.

“For us to meet our vision of being the best community for business by 2025, that’s got to be a component in what we do,” Draper said of the Chamber & EDC’s leadership efforts.

In the last year, the Chamber & EDC developed the Regional Recovery Council, with the El Paso County Public Health Department, to deal with the business impact of the COVID-19 pandemic, convene community partners and help guide community’s policies in response.

“Our ability to work quickly and nimbly with public health in pulling together the Regional Recovery Council, to respond to that, we were in weekly meetings after the first case was diagnosed in the community,” Draper said. “By early April, we were meeting on a weekly basis.”

The local housing market was rated as one of the tops in the nation, prominent business names came to town and the Springs received recognition from U.S. News & World Report and other publications as one of the country’s most desirable places to live.

Online giant Amazon will open a nearly 4 million-square-foot distribution center this summer near the Colorado Springs Airport; California-based In-N-Out opened its first Colorado restaurant in the city in November and plans a regional office here; Southwest Airlines resumed service in the Springs in March; and retailer Scheels All Sports opened a Walmart Supercenter-sized store on the north side, also in March.

The Colorado Springs economy also has added thousands of jobs over the last several years and the city’s pre-pandemic unemployment rate was just 3.4% in February 2020.

But critics of the Chamber & EDC’s efforts complain that many jobs being added are lower paid, service-sector positions at restaurants and retailers, and that the city isn’t bringing in enough high-paying employers.

Draper responded that service-sector jobs give some community members “an opportunity to make a living wage and support their families that they may not have had otherwise.”

At the same time, the local tech, financial services, health care and aerospace and defense industries pay high wages, and “not everybody can afford or is capable of getting the education, advanced degrees that some of those (jobs) require,” Draper said.

Those industries, meanwhile, have contributed to the local economy’s resiliency in the face of the pandemic over the last year, and held onto employees, even as many of them worked from home, Draper said.

Housing and construction also were key sectors that never slowed down during the pandemic.

As one indication that Colorado Springs’ economy has been steadfast in the wake of the pandemic, city sales tax collections — which reflect consumer and business spending — totaled nearly $19 million in April, their second highest monthly tally on record.

“It’s been a strong message from the board so far, that the board and the staff are committed to maintaining the momentum in the community,” Draper said.