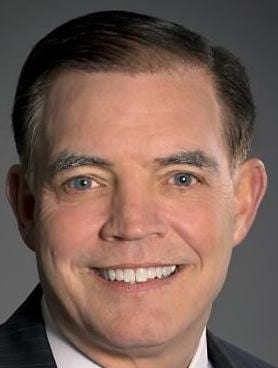 The combined pay packages of the four men heading the three companies — there are four because Century Casinos has two CEOs — increased 2.1% to $7.31 million in 2020 from 2019, according to proxy statements filed with the Securities and Exchange Commission. Stock in all three companies fell — two by double-digit percentages — even as the widely followed Dow Jones industrial average gained 7.3%.

While the average weekly wage in El Paso County surged 7.5% last year, economists say the increase was due to the loss of thousands of low-wage jobs during the pandemic, not because workers got raises. Meanwhile, the ratio between the average employee’s compensation and the CEO’s total pay package at the three companies ranged between 17.7 times at Gold Resource Corp. and 60.2 times at defense contractor Vectrus.

The four CEOs are Chuck Prow of Vectrus, Erwin Haitzmann and Peter Hoetziner at Century Casinos and Jason Reid of Gold Resource, though he has since left that company to head the firm it spun off into a separate public company called Fortitude Gold. After the spinoff, Gold Resource moved to Denver and named a new CEO, while Fortitude remained in Colorado Springs.

The median pay package for a CEO at a company in the S&P 500 index increased 5% last year to $12.7 million, according to data analyzed by Equilar for The Associated Press. The average pay for local CEOs last year was $1.83 million. That’s because median market capitalization — the total value of the company’s shares — of a company in the S&P 500 is more than 16 times the combined market capitalization of the three local public companies.

Still, the average local CEO makes nearly 15 times more than El Paso County’s average weekly wage of $1,088, or $56,576 a year. That is not an apples-to-apples comparison. The average weekly wage does not include the cost of health insurance and other employee benefits, while CEO pay packages include base pay, bonuses, stock options and awards, employee benefits and other extras such as housing and car allowances. The local ratio is just a fraction of the nationwide median ratio of CEO to average worker pay, which was 172 times in Equilar’s study for AP.

Prow’s compensation increased 12.9% to $3.44 million. Much of the hike is due  in incentive pay from nearly doubling the company’s contract backlog to $5.1 billion and making two key acquisitions late in the year. The company had to defer more than $60 million in revenue last year due to pandemic-related access issues at overseas bases.

Reid received $500,000 when he left Gold Resource in the Fortitude spinoff, bumping his compensation 33.9% to $1.69 million. Gold Resource’s Mexican mine was closed for two months early in the pandemic.

Haitzman and Hoetzinger both saw their compensation fall 23% last year to $1.09 million and $1.1 million, respectively, because neither received a bonus last year and the value of their stock awards and incentive pay declined. All of Century’s casinos were closed for at least three months during the early months of the pandemic by government restrictions, prompting the company to furlough most of its employees.

Directors of all three companies changed executive compensation policies during the pandemic to at least partially offset the impact government restrictions had on the companies, making incentive pay, bonuses and stock options easier to earn. Both Prow and Haitzmann earned more in base pay last year, while Reid’s base pay remained unchanged and Hoetzinger voluntarily took a small cut.